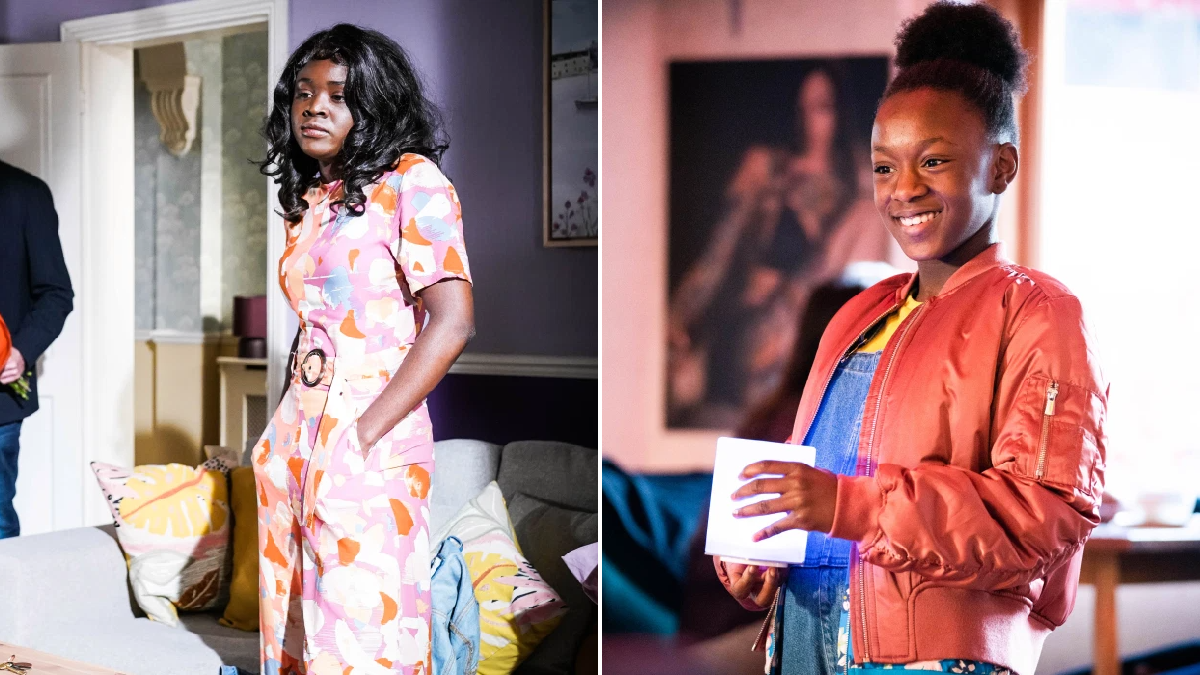 Mila Marwar (Ruhtxjiaïh Bèllènéa) in EastEnders was desperate to save her sister Kioni (Florisa Kamara) from undergoing FGM.

Mila was forced to reveal her devastating FGM secret to Kathy (Gillian Taylforth) and Iqra (Priya Davdra) after figuring out Nyangi (Lucy Vandi) was planning on taking young Kioni away.

Kathy, Iqra and Mila did all they could to try and stop Nyangi, but it was clear she wasn’t up for changing her mind. After Kioni disappeared, Mila saw her mother heading into a police car and was horrified to learn Kathy had organised the arrest.

Ready to protect her sister, Mila will make a huge choice in upcoming episodes following the FGM ordeal.

After Iqra confessed to Mila that she actually called the police on Nyangi, Rocky (Brian Conley) sets about trying to bring them back together.

Later, at Kathy’s, Mila confirms she’s taken steps to become Kioni’s guardian. Kathy then explains that Iqra chose to stay and help Mila rather than see Habiba and the baby.

It’s certainly a massive decision for Mila, but what will the future hold for her as she puts all her attention on looking after Kioni?