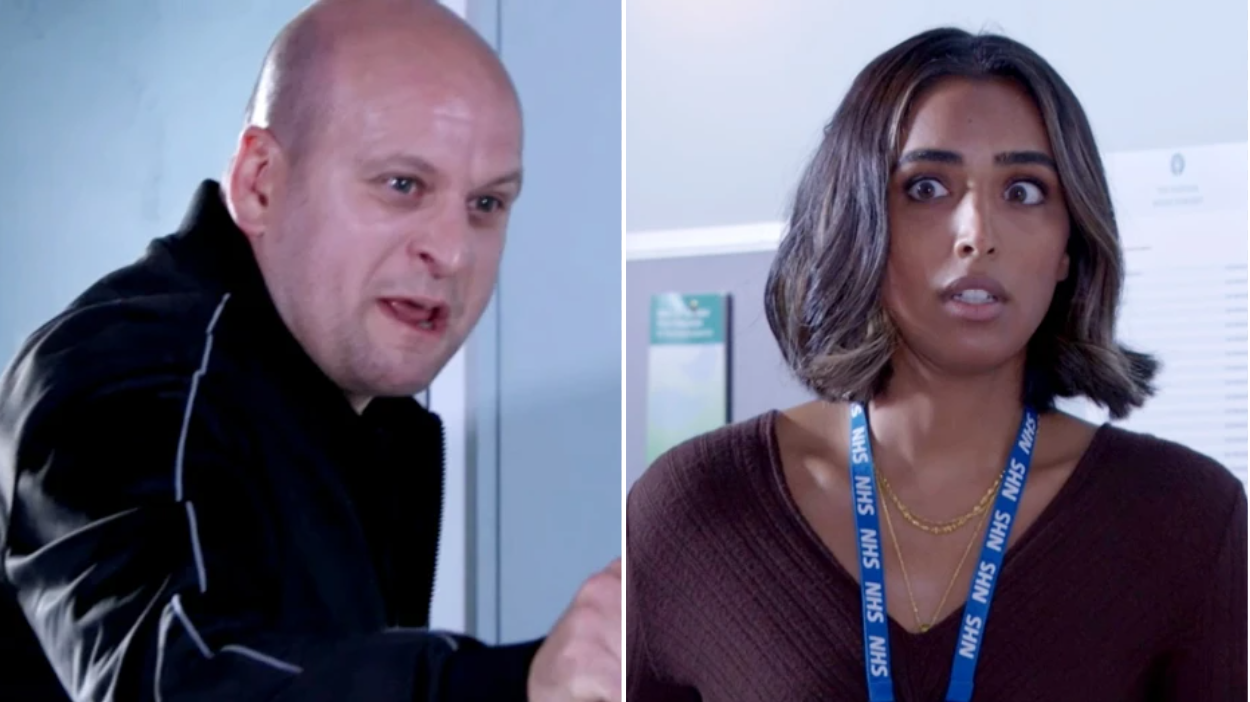 Stuart Highway (Ricky Champ) reached crisis point in tonight’s EastEnders, telling a room full of people at the doctor’s surgery that no one is leaving until he is seen by a doctor.

The popular character has been experiencing post-natal depression following Roland’s birth but with the baby and Rainie (Tanya Franks) now living elsewhere, Stuart started to wonder if there was more to his mental health problems than he initially thought.

Outside the community centre, following a run-in with Linda (Kellie Bright), Stuart was very close to relapsing after purchasing some drugs, but ended up giving them to Jada (Kelsey Calladine-Smith) and leaving.

Stuart was increasingly bothered by the fact statistically; more women are likely to get breast cancer and post-natal depression – both things he has experienced or is experiencing.

Overwhelmed, Stuart headed to the doctors and told Ash (Gurlaine Kaur Garcha) that he needs to be seen again as the diagnosis wasn’t correct, adamant he wasn’t depressed, just angry.

Ash gently attempted to explain that there is a room full of people waiting, Stuart can’t just jump the queue.

Taking action, he pulled the phone wire and locked the door, asserting no one will leave until he has been seen by a doctor.

But is there anyone who can help him?

And how will these scenes impact Ricky Champ’s exit from the soap?