Tipping Point: Lucky Stars was back tonight on ITV and Strictly Come Dancing’s Len Goodman, Liza Tarbuck and Jack P. Shephard all thought they had what it took to win that £20,000 jackpot to give to a charity of their choice. ITV viewers were left gobsmacked tonight, however, after Len revealed that, because of his superstitious nature, he wasn’t wearing any underwear.

As viewers know by now, Good Morning Britain host Ben Shephard appears on ITV every weekday night with Tipping Point, with a special celebrity version at the weekend.

Four contestants battle it out hoping to answer enough questions correctly to take them into the final in the hopes of winning the £20,000 jackpot.

This week fans were disappointed as Royal Ascot took priority in the TV scheduling and Tipping Point didn’t air.

However, Ben was back tonight with four new contestants hoping to win big for their charity. 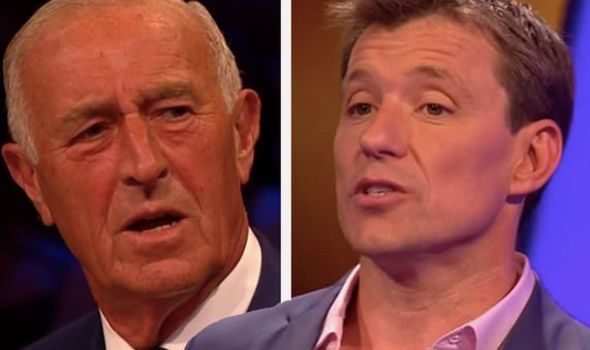 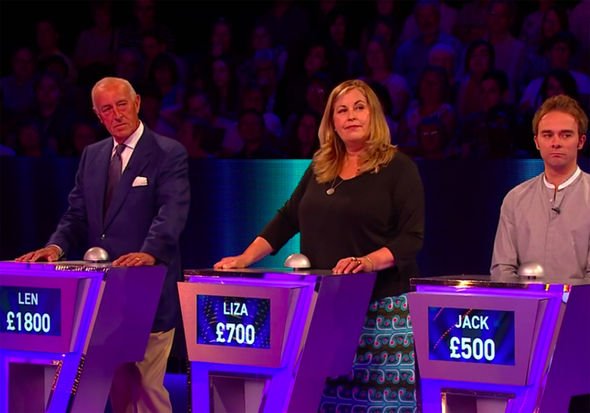 Fans quickly noticed that Len and Liza were going to be a force to be reckoned with.

Both big characters, and both with a very obvious competitive spirit.

However, when Len introduced himself tonight he really did leave Ben speechless.

Len introduced himself telling the viewers that they might have seen him on Strictly Come Dancing.

In a shocking revelation, Len said he was very superstitious and because of that he was going ‘commando’ like he used to do on Strictly. 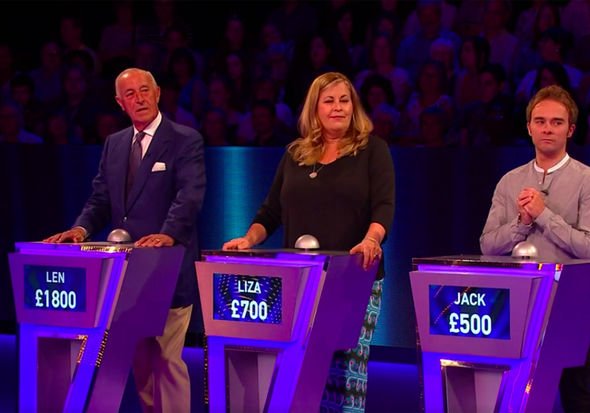 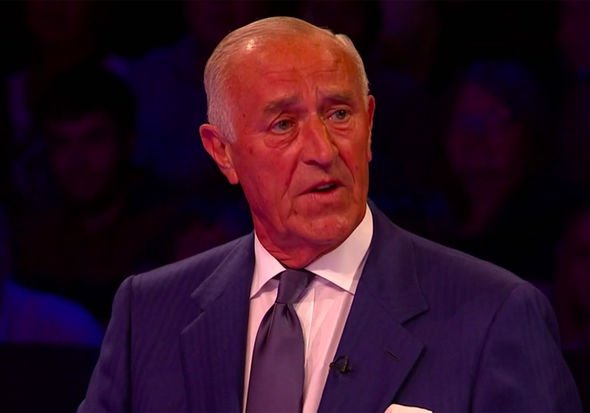 Ben didn’t quite know what to say, but the Strictly judge did leave the audience in fits of laughter.

The host quickly moved on after the cheeky revelation and it was time to see who had what it took.

It wasn’t the only thing to get viewers talking as fans took to Twitter to discuss how trigger happy Liza and Len were, who seemed not to give Jack any window of opportunity to answer.

Len finally handed a round over to Jack, and he proved that if he was a bit quicker with the buzzer there really would have been a competition on the contestants’ hands.

Unfortunately for Jack, Liza was able to answer just a couple more questions correctly and was luckier when it came to winning the special counters.

Jack was upset he had been booted out so soon, but the £1,000 he had racked up was going to a cancer research charity.

It was down to Liza and Len to see who had what it took to get into the final.

After a very tense round, Len was the contestant to make it into the final, and he was thrilled.

His first question left him struggling to answer because he was laughing so much.

Ben asked: “On what mode of transport are you most likely to find a ‘spanker’?”

The options were: Boat, Aeroplane or train, and Len took a punt on ‘boat’, getting the answer correct and celebrating by punching the air.

Len had a very strong final round, but it just wasn’t good enough. He was, however, able to take home nearly £7,000 for his charity and he gave his money to Demelza Children’s hospice.