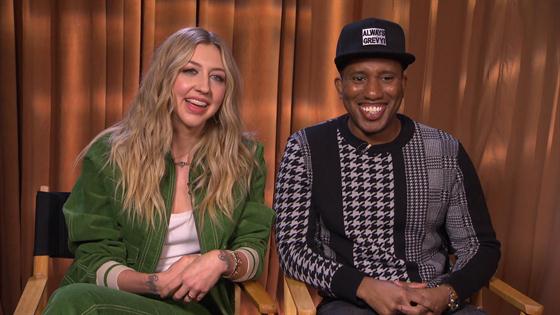 It’s been 10 years since Betty White first took the stage in Studio 8H.

When she began enjoying a career resurgence in her late 80s thanks to a role in The Proposal and a particularly popular Snickers commercial, fans were shocked to discover that the comedy legend who’d been making audiences laugh practically since the TV was invented as the first woman to produce a sitcom (1953’s Life of Elizabeth) and, later, with roles on the iconic sitcoms The Mary Tyler Moore Show and Golden Girls had never been asked to host Saturday Night Live.

So, they set out to change that and launched a Facebook campaign called “Betty White to Host SNL (Please),” and as the group approach 500,000 members, Lorne Michaels and NBC confirmed that the legend would, in fact, finally host the show. And May 8, 2010, she—along with the help of a handful of returning SNL alums, including Rachel Dratch, Fey, Ana Gasteyer, Amy Poehler, Maya Rudolph and Molly Shannon—presided over the show’s Mother’s Day episode, making her the oldest person in SNL history to host at 88 years young.

The episode was a massive success, proving that, even while pushing 90, Betty still had the razor-sharp comedy chops needed to go down as one of SNL‘s most memorable hosts. (The appearance also won her an Emmy for Outstanding Guest Actress in a Comedy Series that year—her seventh overall.)

In honor of the episode’s 10th anniversary, we thought we’d look back at the 10 most memorable hosts in SNL history. Scroll on to see which nine other celebs joined Betty on the list! 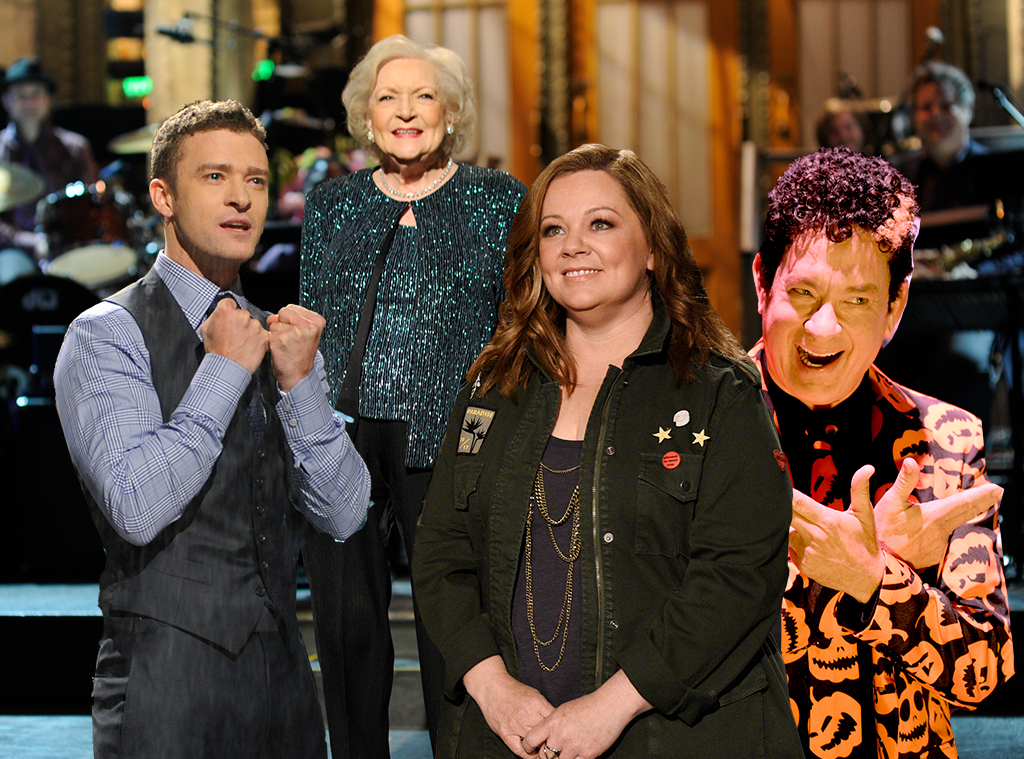 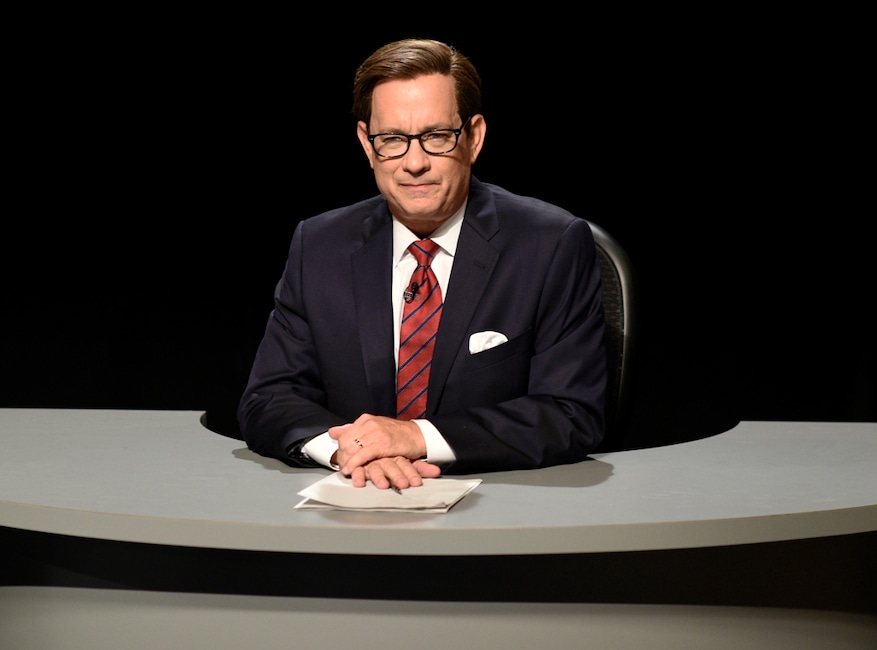 With 10 hosting gigs under his belt—including the show’s first remotely-filmed episode back in April 2020 amid the coronavirus pandemic—you know when America’s Dad is in Studio 8H, you’re in for a wonderful time. Don’t believe us? We have just three words for you: David. S. Pumpkins. 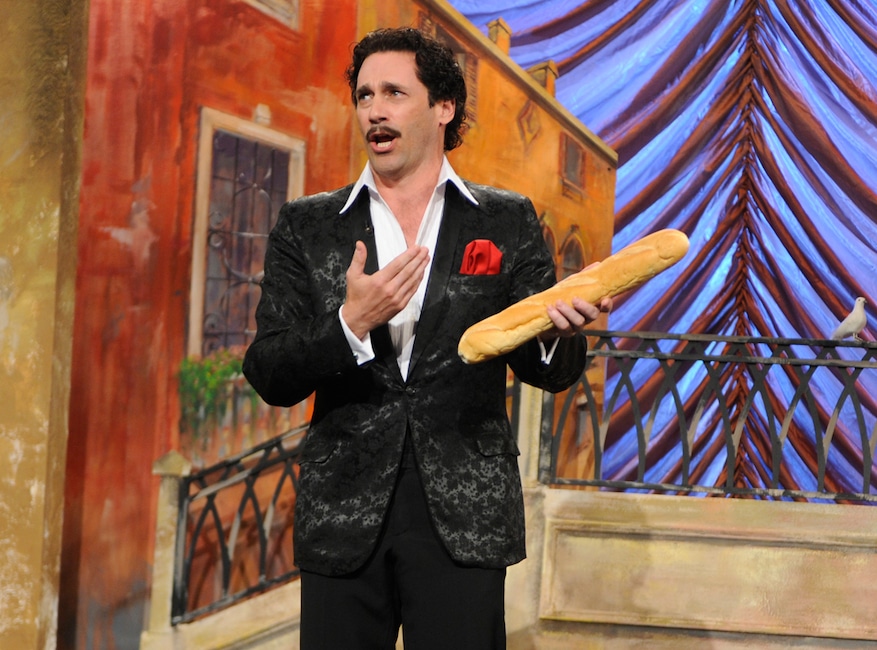 Bursting onto the scene as the stoic Don Draper in AMC’s Mad Men, the first time Hamm hosted SNL in 2008 left audiences stunned with his considerable comedic chops. He’s hosted three times total, with a handful of surprise cameos under his belt as well. From his unforgettable “Jon Hamm’s John Ham” sketch—you know, lunch meat you eat on the toilet—to his appearance as the live-action Ace in an adaptation of the iconic Ambiguously Gay Duo animated sketch opposite Jimmy Fallon‘s Gary, he’s ingratiated himself with cast in a way few other hosts ever have. 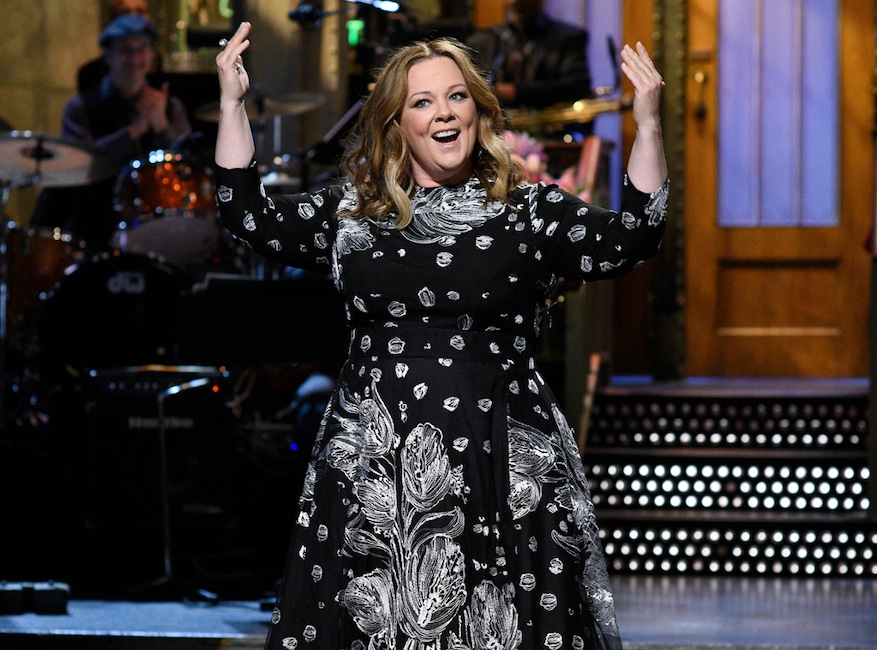 There is no one on this planet more committed to their craft than the Bridesmaids legend. Case in point? The “Taste Test” sketch in her first at bat as host, back in 2011, when she covered herself in Hidden Valley ranch dressing for a gag. In less than a decade, she’s already joined the infamous Five-Timers Club, and even began making semi-regular appearances a particularly enraged Sean Spicer during his brief tenure in the Trump administration. 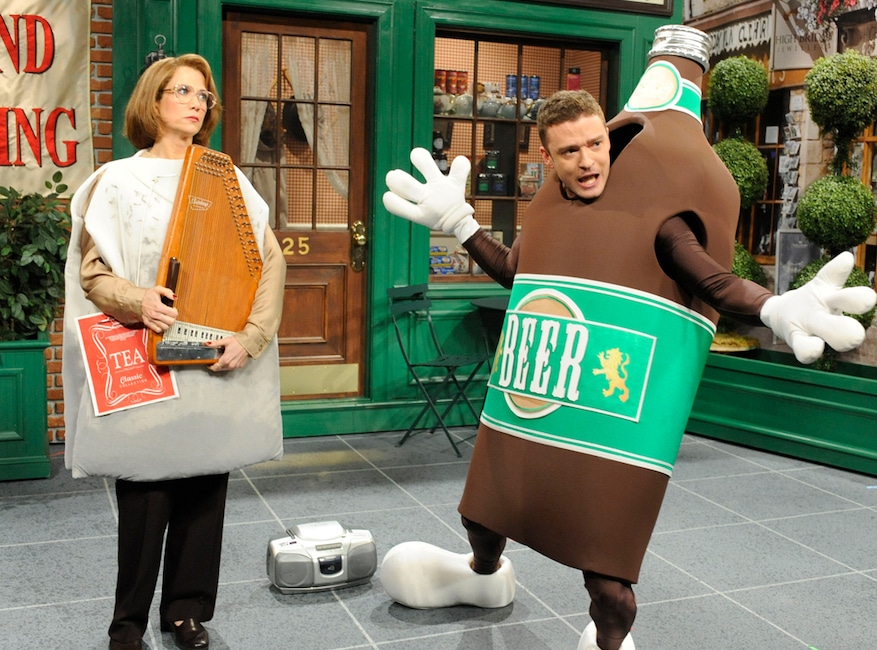 Nearly every celeb on this list could’ve become a full-time cast member on SNL, easily. For a time there, it seemed like JT actually might. From “Omletteville” to “D–k in a Box,” “Barry Gibb Talk Show” to “Mother Lover,” in each of Timberlake’s five appearances as host, he’s managed to make moments that permeated pop culture. And his appearance as one of Beyonce‘s “Single Ladies” back-up dancers alongside Bobby Moynihan and Andy Samberg? Amazing. 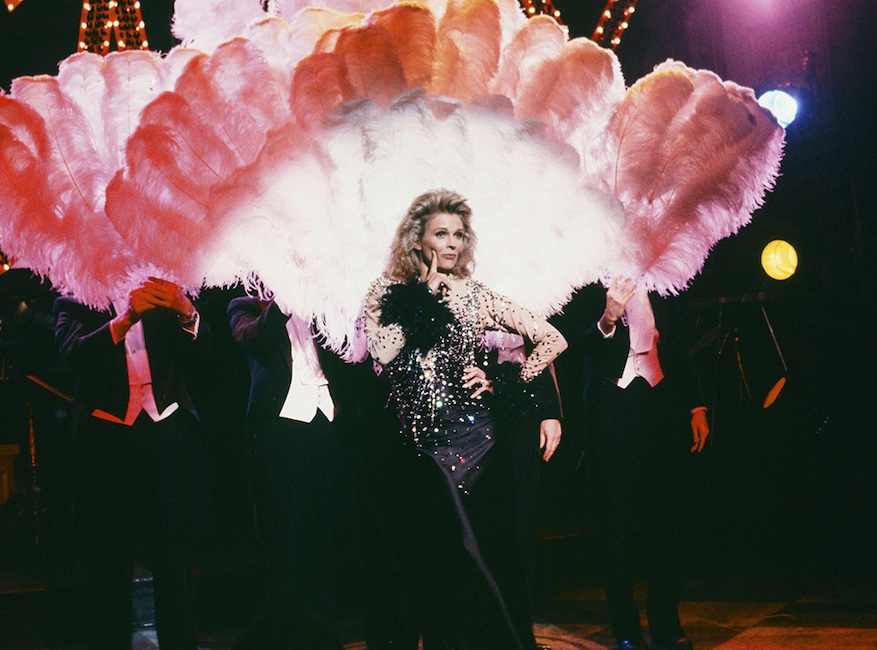 Not only was the Murphy Brown legend the first female to ever host the show, taking the gig during SNL‘s fourth week on the air, she essentially served as the blueprint for the prototypical host. (Those who’d come before were either stand-up comedians or musicians and didn’t appear in sketches.) She also became the first host ever asked back for a second go-round, just weeks after her first, and was the first female to join the Five-Timers Club when she made her last appearance as host back in 1990. 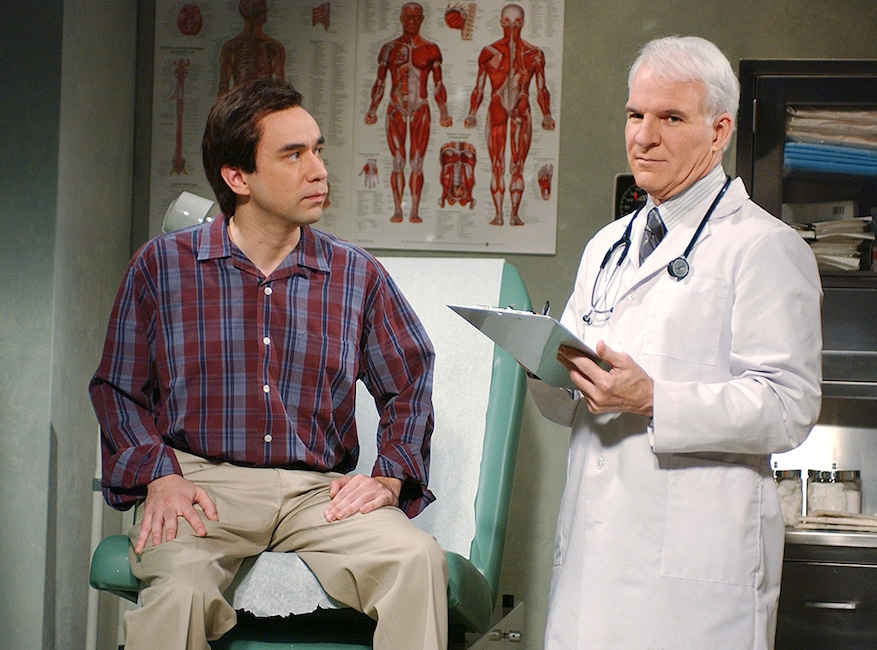 There are few people who have hosted SNL more than the legendary comedian—in fact, there’s only one—and in his 15 stints in Studio 8H betwene 1976 and 2009, he’s created memorable characters (the “wild and crazy” Festrunk Brothers, King Tut) and delivered what would become one of the show’s most heartfelt moments, honoring Gilda Radner‘s passing from cancer with a look back at a blissful dance the two shared through the studio. 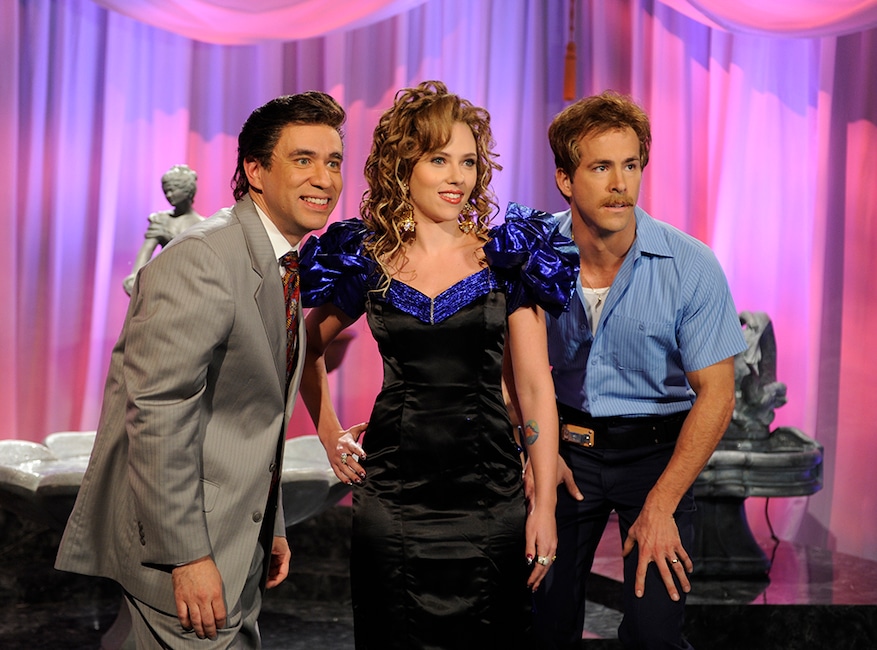 Not only is ScarJo a part of the SNL family thanks to her love connection with Weekend Update anchor and head writer Colin Jost, but the six-time host has created some indelible moments over the years since her debut in 2006. Not only has she been on hand for whenever the show has needed someone to step into Ivanka Trump‘s shoes and appeared in the grotesque Shud the Mermaid sketch opposite Kate McKinnon, but she’s also been a part of one of our favorite series of sketches as Lexi, daughter to Fred Armisen‘s Mark as they hawk chandeliers, ceramic busts, marble columns and porcelain fountains: “Look at dis one, look at dat one.” 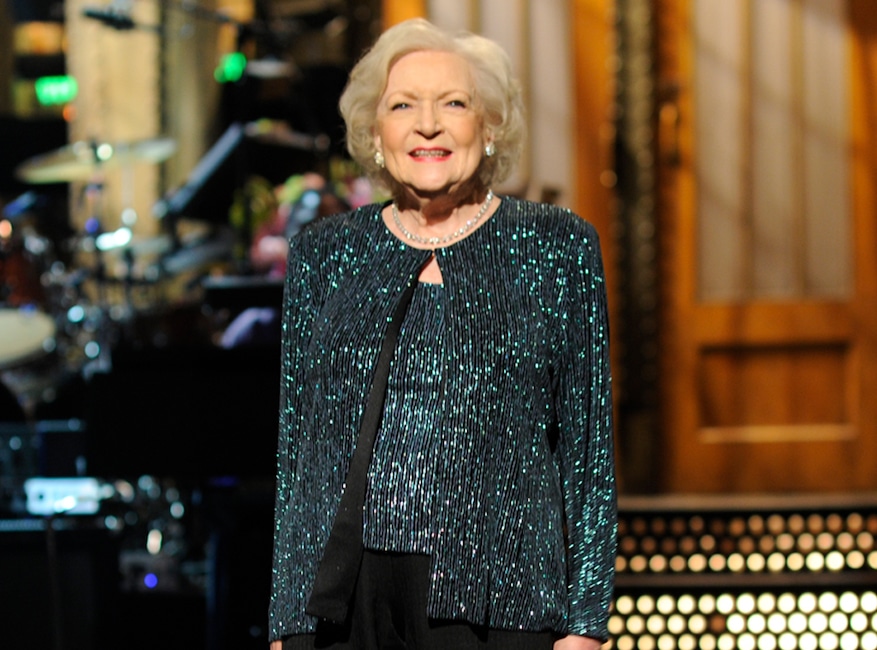 Unlike everyone else on this list, the TV icon has only hosted SNL once, but at 88 years old, she became the show’s oldest host in its history. The appearance was made more special because, with White enjoying a late career resurgence thanks to her role in The Proposal, it was literally fan-demanded with a successful Facebook campaign. She’s on this list, though, because she was also freaking hilarious. Our favorite sketch from the episode is this absurd one where Tina Fey‘s census taker tries, in vain, to get a straight answer out of Betty. 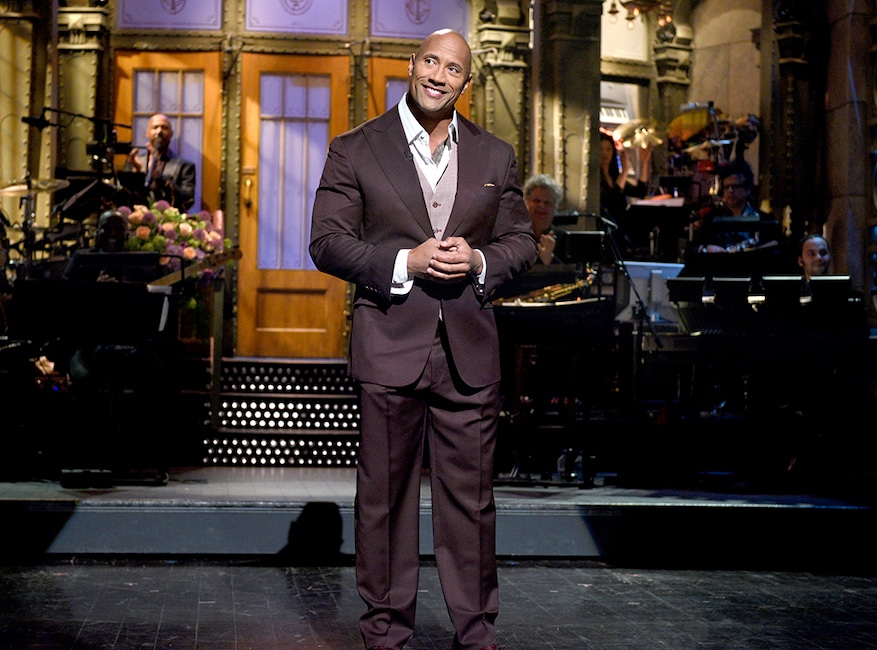 A member of the Five Timer’s Club, Dwayne earned his spot on this list the minute he agreed to do The Rock Obama. Enough said. 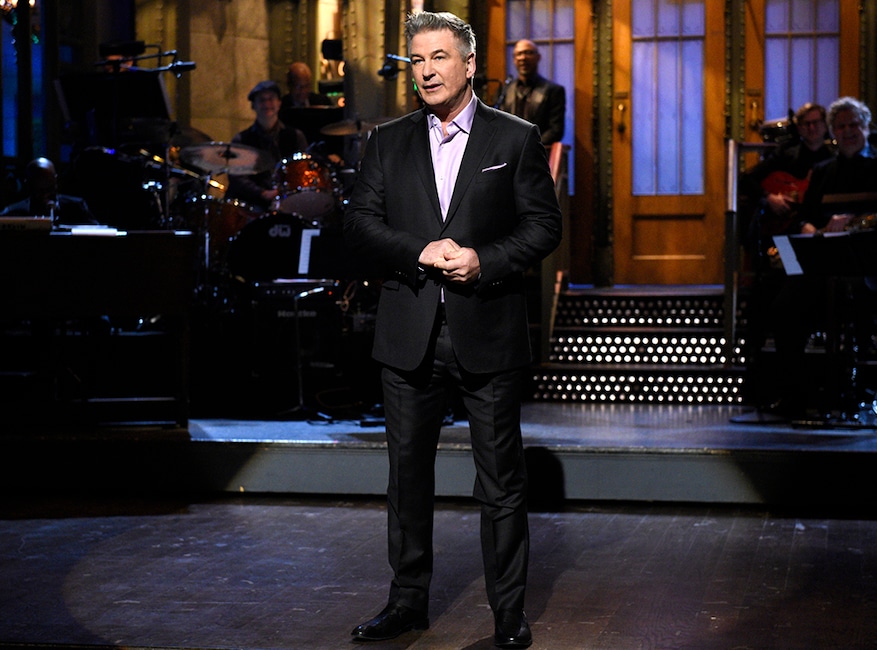 With 17 official hosting gigs on his resume and countless appearances as President Donald Trump in recent years, there has been no celebrity not officially on the payroll who is more closely associated with SNL than the Baldwin brother. From classics like Canteen Boy to Schweddy Balls and impressions of Tony Bennett and, yes, Trump, Alec has given us so much during his many, many visits to Studio 8H.

Saturday Night Live wraps up season 45 with its third remotely produced episode airing Saturday, May 8 at 11:30 p.m. on NBC.