The Bachelor Season 24 finale aired its dramatic conclusion on Tuesday, March 10. And quite frankly, the only thing to say is this — We’re finally free. The last two hours of the ABC reality series had fans split, from the final rose ceremony to the After the Final Rose segments. So who did Peter Weber pick in The Bachelor finale — Madison Prewett or Hannah Ann Sluss? Viewers still don’t know how to feel about the ending. 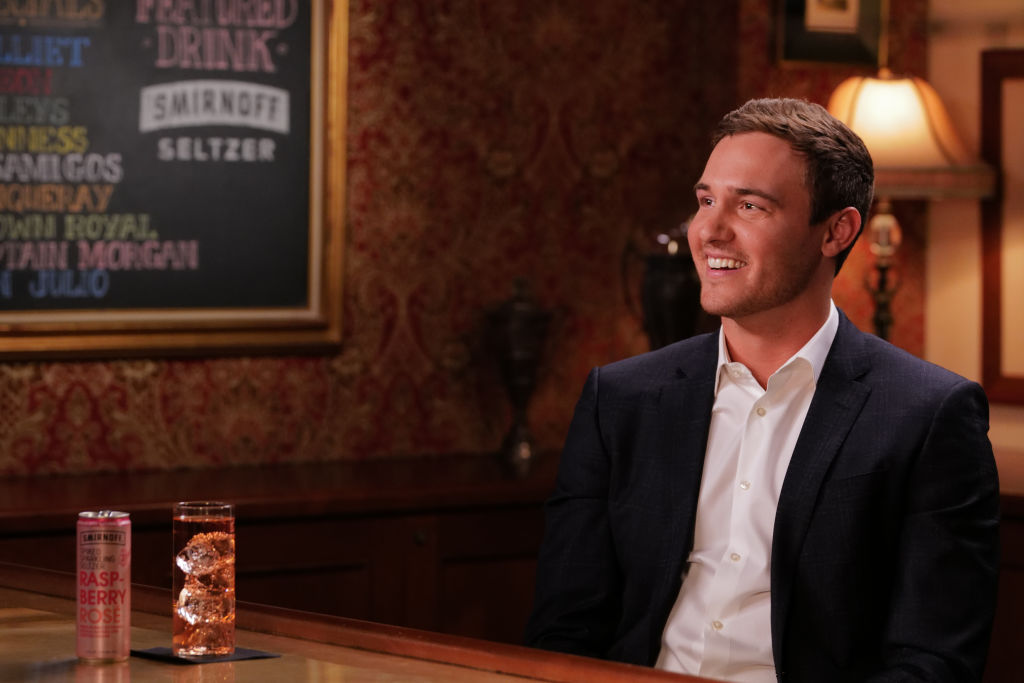 When The Bachelor Season 24, Episode 11 finale began, Weber arrived in Alice Springs, Australia, where the 28-year-old met up with his family. Pilot Pete recapped what happened with Sluss and Prewett during Fantasy Suite week. Of course, Weber’s family was concerned with Prewett’s hesitations. But ultimately, they trusted Weber would make the right choice.

Regardless, Sluss was the first one to meet the family in Australia. And right off the bat, Weber’s family seemed to approve. Sluss made it clear she was there for Weber’s heart and truly loved him. She even won over Weber’s mom, Barbara. Even so, Weber revealed his heart was with both women. But ultimately, the bachelor needed to speak with Prewett to clear his mind.

Before Prewett met Weber’s parents for the second time, she opened up about her feelings. The Auburn alum revealed how hurt she felt after Weber admitted he was intimate with other contestants even after she asked him not to. Prewett also said she loved the bachelor. However, she was hanging on by a thread and just needs something to feel confident in their relationship. Nevertheless, Weber convinced Prewett to meet him halfway and continue on.

Finally, Prewett met up with Weber’s parents, and they pointed out a few of their concerns. Prewett was honest about her feelings for Weber and explained her own feelings about Fantasy Suite week. However, she didn’t convince Weber’s family and began doubting herself. In the end, the family grew even more worried because Weber seemed to be waiting for something that may or may not materialize. Meanwhile, Prewett began seeing all the differences in their lifestyles.

After Prewett left, Barbara told her son that Prewett wasn’t there for him. The Weber matriarch then praised Sluss, noting she could see how much the model loved him. “Hannah Ann loves you with all her heart. Don’t let her go … Bring her home to us,” Barbara said. “We will welcome her with open arms.”

Weber shut down his mom’s pleading immediately, claiming what she was doing wasn’t fair. “You gotta stop,” he said. “It’s destroying me.”

Weber and Prewett’s final date on The Bachelor ended in a breakup. Prewett made it clear she loved Weber, but she decided it was time to surrender. And in the end, Prewett took herself out of the equation because she wanted Weber to find his perfect match.

After the split, Weber and Sluss went on their final Bachelor date. They seemed to have a fun time together, but Sluss noticed something “off” about Weber. Then in the evening, Weber told Sluss his heart was being torn in two different directions. Given this was the day before the final rose ceremony, this was not what Sluss wanted to hear. Weber also did not say anything about his breakup with Prewett.

The Bachelor Season 24, Episode 12 continued on Tuesday, March 10. The next morning, Weber made his decision, and he chose Sluss. “I am choosing Hannah Ann because I am 100 percent certain and I want to choose her every day,” Weber said. The 28-year-old also called Sluss’ father, who gave his blessing.

Meanwhile, Sluss was still struggling in her hotel room. She was worried about Weber’s comments the night before. And ultimately, she was scared about her heart being broken because she wasn’t sure if Weber wanted her as much as she wanted him.

After Sluss cast her doubts, host Chris Harrison told Weber he wasn’t confident Sluss was coming to the final rose ceremony. Naturally, Weber panicked. But eventually, Sluss showed up. And following a wobbly walk to Weber, the bachelor told his final choice Prewett left two days prior. Weber then proposed to Sluss. They ended things in Australia engaged.

After filming The Bachelor finale, Weber told his parents about his engagement to Sluss. They expressed their excitement and everyone was all smiles. But then a month after the proposal in Australia, Sluss and Weber got together. The bachelor revealed he couldn’t continue their relationship because he couldn’t give Sluss his whole heart.

“You took away from me, my first engagement. You took that away from me. I trusted you, and that’s what you have continued to ask me to do,” Sluss said. She then called Weber out for not keeping his word. “I don’t need anything more from you. You’ve done enough damage. Here’s this,” Sluss said, handing back the ring. “We’re done. I mean that.” Weber then continued to apologize. But Sluss didn’t believe a word.

“I’m sorry, but your words, you can’t be true to them,” she said. “So why would I hear you out anymore? I feel betrayed enough. You betrayed me. And you know it, right? I’ll be able to move forward knowing you owned up to it. I’m going to get my life back on track now.”

Sluss continued: “I’m strong and I’ve been my own rock throughout this and you don’t have to worry about me.”

Then in the Bachelor live studio, Sluss confronted Weber. She expressed her frustration with Weber, noting he knew what to say to keep her on the show. “Either you don’t mean what you say or you don’t know the impact of your words,” Sluss said.

She then stressed Weber proposed to her without telling her the full extent of his feelings for Prewett, claiming he “downplayed” them during the proposal. “I had no idea what I was saying yes to,” Sluss said. “You know if you told me where your head was at … you knew the outcome would’ve been different. The most hurtful part was you couldn’t respect me enough to have that open conversation with me.”

Finally, Sluss ended the conversation. She revealed Weber contacted The Bachelorette’s Hannah Brown after their engagement. And basically, it’s a big mess. “To be with a woman, you need to be a real man,” Sluss said.

Peter Weber’s final pick on ‘The Bachelor’ is Madison Prewett

A season filled with excitement, love and of course, drama! Thanks for watching #TheBachelor ?

“It breaks my heart, it’s good. It’s a lot of things,” Prewett said. She also revealed she would take a second chance in a heartbeat. Harrison confirmed this was that chance. They flew to L.A. to surprise Weber. The pair reunited and they appeared happy. Weber and Prewett both shared they’re still in love with each other — but what now?

During After the Final Rose, Weber and Prewett confirmed they will take their relationship one day at a time moving forward. “We’ve both been hurt. I know there’s a lot of healing both of us have to do,” Weber said. “I’ve made more mistakes than you can ever make as the bachelor. But I’m still sitting on the couch next to you now. And that makes me happy. I don’t know what that means.”

He continued: “I know how we both feel about each other. I think one step at a time, one day at a time is the smartest way to go with this … the way I feel for you has never changed.”

Meanwhile, Weber’s mom, Barbara, wasn’t sure about the relationship. She revealed the first part of the finale didn’t show the extent of Prewett’s family visit. She claimed Prewett had the family waiting for three hours beforehand and didn’t apologize. Later, Prewett told the family she wasn’t madly in love with Weber and wouldn’t accept a proposal. So it was easier to accept Sluss.

In the end, Prewett appeared to agree to disagree. But even so, Barbara said Weber will just have to “fail to succeed.” Meanwhile, Weber’s father, Peter Sr., saw the obstacles and noted it was an issue so early on in the relationship. “Anybody who is watching the show would understand that there are so many differences to overcome,” he said. “When you’re getting into a relationship, that beginning should be the brightest spot. And it was anything but. So…”

Weber defended his relationship with Prewett. “I’m telling you I love Madison and that should be enough,” he said. Then Prewett acknowledged it was time to move forward.

The Bachelor Season 24 finale ended with uncomfortable silence. Weber and Prewett may be together — or working towards healing their relationship — but the family is not on board. Meanwhile, The Hollywood Reporter confirmed Weber won’t be making the press rounds after the finale. So, as Harrison said, we wish them the best.

Read more: ‘The Bachelor’: Are Colton Underwood and Cassie Randolph Still Together? Their Instagram Feeds Tell You Everything