The franchise is taking a different direction after criticism of not being diverse. Rachel Lindsay was the biggest critic of casting not being inclusive. A producer of The Bachelor is now responding to her and more. 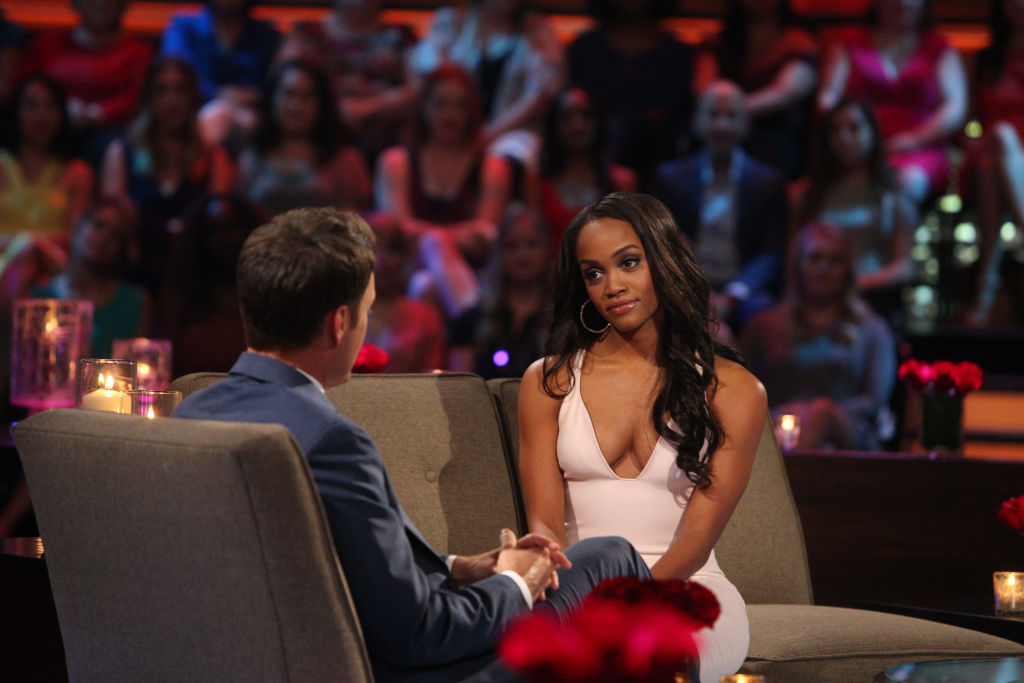 Lindsay is still close to The Bachelor franchise given she’s the host of the podcast, Bachelor Happy Hour. She also recently appeared on the “Women Tell All” to talk about the bullying of cast members from fans. She still isn’t afraid to criticize the franchise.

“In 40 seasons of [The Bachelor], you’ve had one black lead,” she said on AfterBuzz. “We are on 45 presidents. And in 45 presidents there’s been one Black president. You are almost on par to say you’re more likely to become the president of the United States than you are a Black lead in this franchise. That’s insane. That’s ridiculous.”

She also talked about walking away from the franchise. “It’s been asked of me, will I continue in this franchise if it continues in this way,” she said. “I can’t. I have to see some type of change. It’s ridiculous. It’s embarrassing. At this point, it’s embarrassing to be affiliated with it.”

Matt James will be the star of ‘The Bachelor’ Season 25

The key is in not spending time, but investing in it ?? . Thanks @greygoose for creating a space for us to reconnect and reinvest into one another over the holidays ? . #LiveVictoriously #GreyGoosePartner

RELATED: ‘The Bachelor’: Matt James Hopes for a Diverse Cast With ‘all Shapes, Sizes, and Races’ for Season 25

It’s been announced that Matt James will be the star of The Bachelor. He was previously cast as a contestant for Clare Crawley’s season, which was delayed due to the pandemic.

This news was released after Lindsay and other former stars talked about the lack of diversity in the franchise. James also had many fans because he is friends with Tyler Cameron and spent time with him during the pandemic. He is also active with multiple charities.

Rob Mills said ‘it is hard not to feel bad’

We are BLACK WOMEN ?…we build…we don’t tear down other black women…for many years we have felt the pain of not being seen for our undeniably beautiful skin, instead we are looked down upon. But right now in this moment we will acknowledge each other! We will uplift each other today! We can see how they portray the black women on the media and what affect that has had on our beautiful black girls. The fighting, the screaming and the judging has run its course. We are beautifully the same. Upload 1 picture/video of just you and tag as many beautiful black queens as you would like. Please let’s keep this challenge going! ✊?✊?✊?#blackwomenchallenge

RELATED: ‘The Bachelorette’: Tyler Cameron Wants Matt James and Clare Crawley to ‘Have a Conversation’ After Drama

Rob Mills, ABC’s top unscripted executive, talked to Variety about the decision to pick James as the new lead. He addressed Lindsay’s comments in the interview.

“It is hard not to feel bad because everybody within the show and at the network loves Rachel. We don’t want her to be upset or to feel like more can be done. The best thing to do is listen to her, and take this seriously,” he said. “As she said in Women Tell All [last season], she looks around and she’s the only person that looks like her. She is the one that everybody goes to for comment and she is the one teaching everyone.”

He continued, “I certainly I thought her comments after the Hannah [Brown] situation were really insightful and informative to me. We’re so lucky to have her. But I don’t think it’s fair that the burden has been solely on her shoulders, and we’re going to do everything to make sure that it doesn’t stay that way.”

Fans will have to wait for 2021 to see James’ season. For now, it looks like the producers are trying to listen to Lindsay.