The Blacklist Season 9 returns with episode 9, “Boukman Baptiste.” After eight long episodes of tension and estrangement between Dembe and Red, the series finally explained what went down between the two. Fans were pleased that in the end, the pair made up. In the final scene, Red and Dembe read stories to Agnes and Elle. 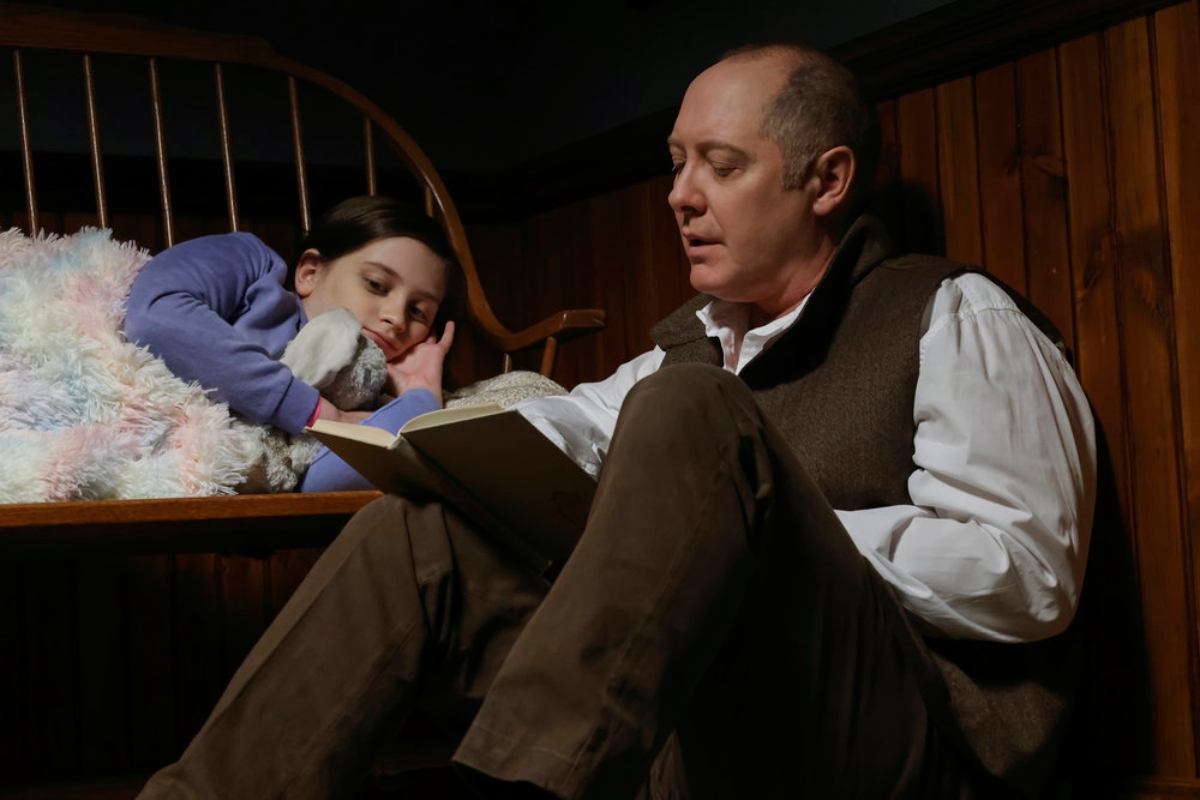 Red and Dembe finally reconciled in ‘The Blacklist’ Season 9

The Blacklist Season 9 began by revealing that Dembe joined the FBI in the years following Liz Keen’s death. Red found two women to safeguard him, Weecha and Mierce, and his relationship with Dembe has been strained ever since. Episode 9 finally revealed what happened between the two after Liz died.

Reddington essentially shut down and was unable to function. He disappeared without saying goodbye, leaving Dembe with the enormous task of trying to hold his criminal empire together. In one scene, Dembe tried to take down Boukman Baptiste, an enemy of Red’s business, but instead accidentally had his son killed. Dembe later abandons the business and joins the FBI to try to do some good. 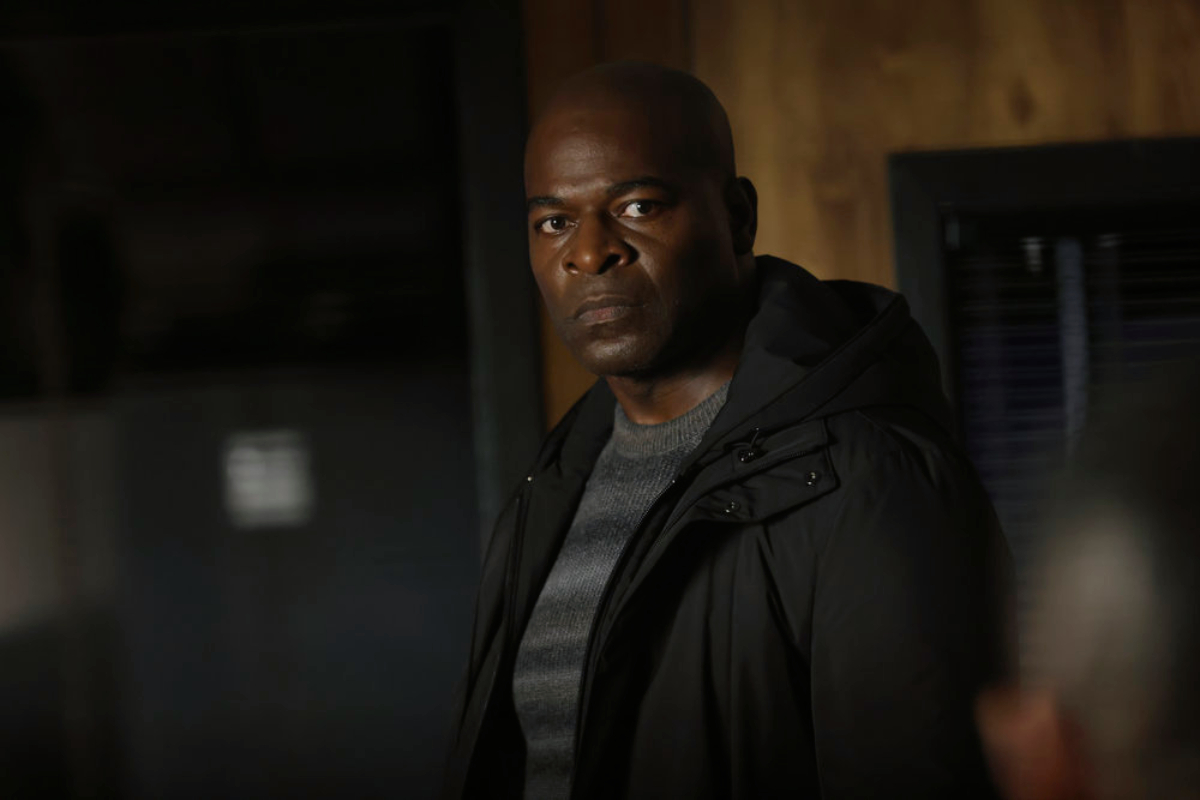 At the end of the episode, Red learns through GPS coordinates that Vandyke could not have followed Dembe on the day of Liz’s murder. He realizes that there must be someone else who led Vandyke to Liz. Red finally apologizes for abandoning Dembe. Now the pair will work together to find the mysterious person who helped Vandyke.

At the end of “Boukman Baptiste,” Red reads Liz’s daughter Agnes a story. At Isabella’s house, Dembe does the same for his granddaughter Elle. Many fans believe that The Blacklist writers have already confirmed that Red is Liz’s mother, Katarina. If that’s the case, this scene could be another reference to Red’s identity, as the scene flashes between two men reading their granddaughters a story.

The books chosen are interesting as well. Red reads Agnes Pippi Longstocking, a story about a nine-year-old girl who lives with her pet horse and monkey. Pippi is spunky and tells stories of wild adventures she has been on. Like Agnes, her mother died when she was young. In the portion of the story Red reads, Pippi explains that her mother is watching over her. Pippi also has a father who was lost at sea, essentially leaving her an orphan like Agnes. 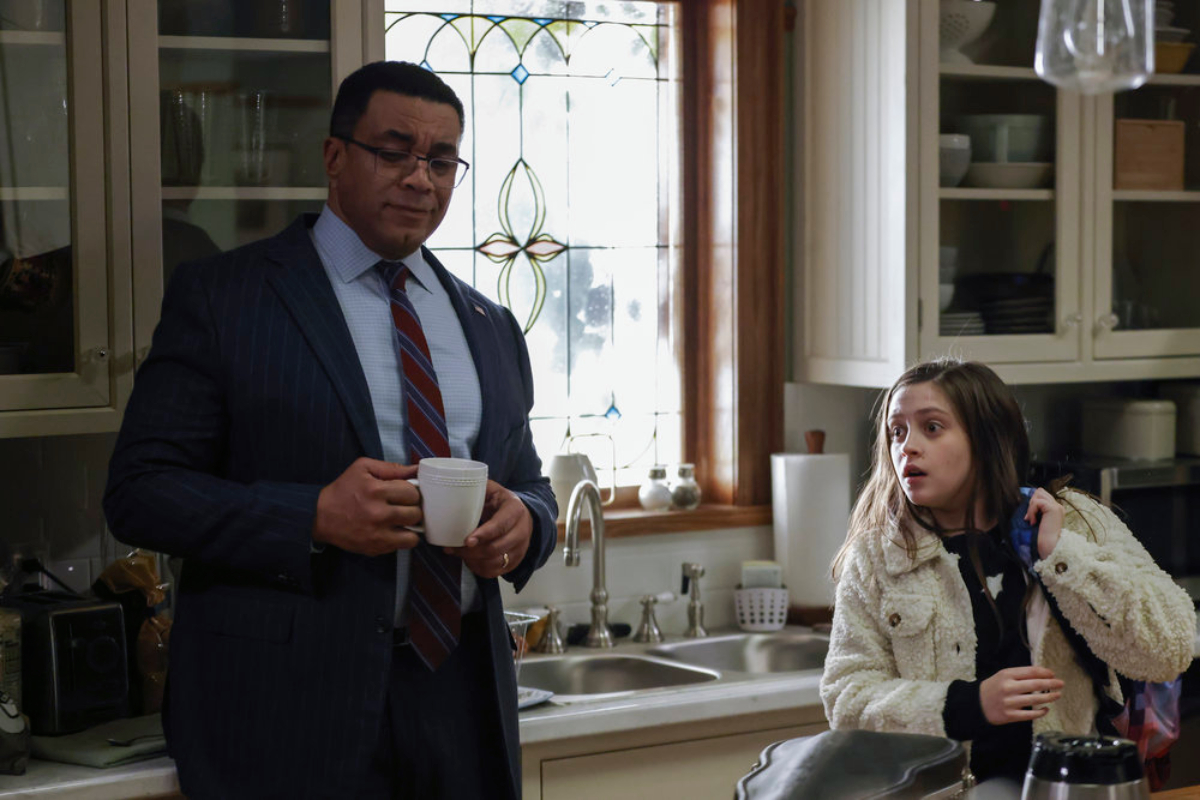 In turn, Dembe reads to Elle from L. Frank Baum’s The Wonderful Wizard of Oz. The excerpt Dembe quotes is from the end of the story, when the Lion asks Oz for courage. Oz tells the Lion that true courage comes from facing danger when you are afraid.

Fans enjoyed the end of episode 9

Many fans enjoyed the final moments of The Blacklist Season 9 Episode 9. “Loved both reading stories to their granddaughters,” a fan wrote on Reddit. “Oh my what an ending!!!” commented another. It will be a while before a new episode of The Blacklist airs. The series will be going on break for the Winter Olympics, but at least episode 9 had a satisfying end.