Bradley Walsh introduced Anne Hegerty as today’s Chaser after welcoming a new batch of contestants on to the ITV show. The Chase host is on hand to help players make their way to the final but in the latest instalment, he found himself stunned over Anne’s revelation on Prince Charles during a discussion on British monarchs and the names they chose when they ascend to the throne.

The youngest player of the team gave an impressive performance in his cash builder round and earned £8,000.

Sam breezed his way through to the final and was followed by Chris who racked up £6,000 before taking on Anne.

During their head-to-head, the pair were asked a question on a British King which led to a revelation about Prince Charles. 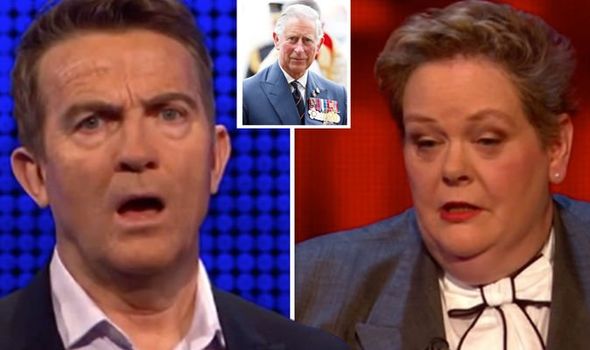 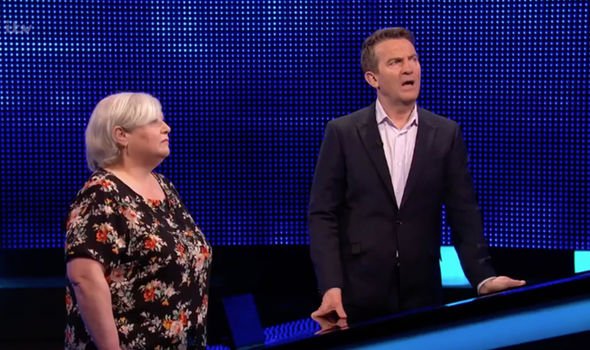 Bradley asked: “Which British King was the grandson of Christian IX of Denmark?”

The answers were George III, George IV and George V with Chris opting for the first option.

Anne answered correctly with George V before explaining: “His mother was Queen Alexandra, the wife of Edward VII and the daughter of King Christian IX.”

“Thank you,” Bradley replied. “So you know when little George comes to the throne when his time comes, Prince George, which George will he be?” 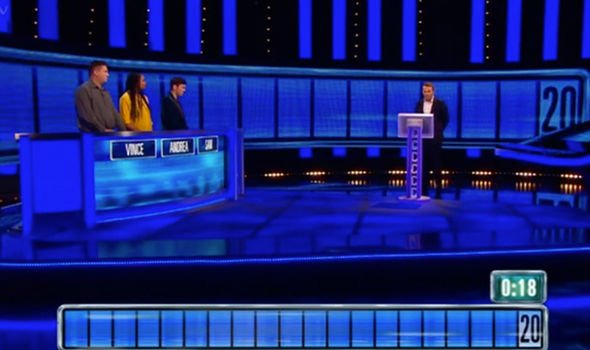 “It depends on what Prince Charles decides to do, the thing is he’s saying he might call himself George VII.”

“Who?” a stunned Bradley asked and Anne replied: “Prince Charles because he’s Charles Phillip Arthur George and he could decide to call himself George VII.”

“What after all those years of being Charles?” Bradley said. “What’s that all about?”

“Coming up to 70,” Anne said and the host replied: “And he’s going to change his name then?

“He’s nuts, all that messing around with the Post Office having to change your name and all that.”

“I might change my name, Ziggy Walsh, I quite like it,” Bradley joked but he wasn’t impressed when Anne suggested Tarquin.

Unfortunately, Chris went on to be knocked out by Anne but the rest of the team were more fortunate.

Sam, in particular, put on an impressive performance in the final by scoring 16 out of the 23 points they accumulated.

However, despite the high score, Anne defeated the team with three seconds left.

The Chase airs weekdays on ITV at 5pm.