The Family Chase welcomed the Hartes to the ITV show tonight as Bradley Walsh put the family of four through their paces against Jenny Ryan. It was dad David who was first up to face the chaser after racking up a respectable £6,000 in his cash-builder round, although he set his sights higher by opting to for the higher offer of £26,000.

David’s decision set up a tantalising first chase on the show as he edged a step closer to Jenny.

However, the chaser’s plans soon took a hit when she failed to answer her first answer correctly.

Not only that, but Bradley was left gobsmacked by the chaser’s explanation as to why she got it wrong.

Bradley read the question aloud: “Which of these totals is the lowest number?” 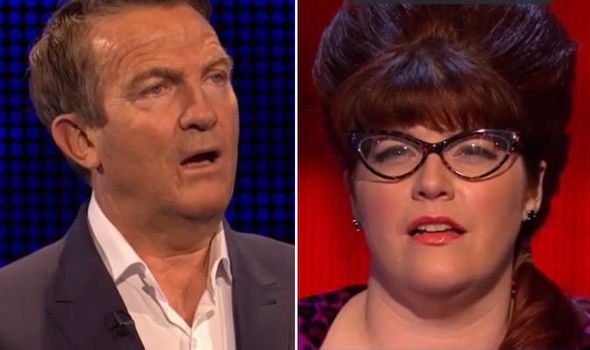 The options were A) Feet in a yard, B) Eggs in a dozen or C) Days in a fortnight.

David wasted no time in locking in his answer, although the chaser was one or two seconds behind.

He selected the correct answer of A, prompting Bradley to joke: “I’m not sure that’s the right answer because it depends on how many people are standing in the yard!”

Jenny let out a laugh before Bradley then confirmed David had indeed opted correctly. 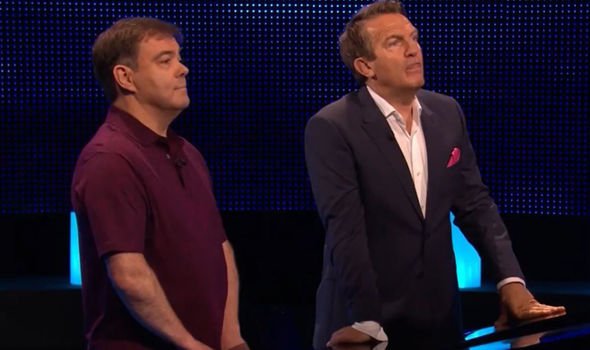 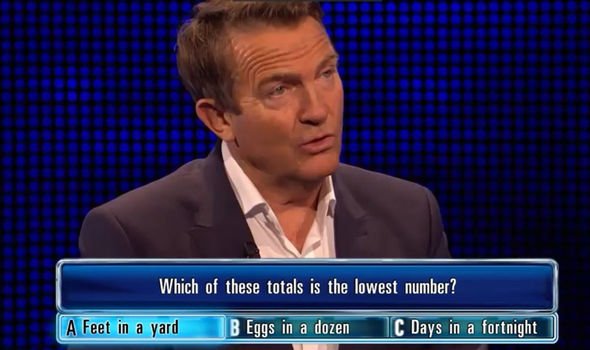 However, at the other end of the table, Jenny hadn’t followed in David’s footsteps.

Instead, the champion quizzer had chosen B) Eggs in a dozen, and looked rather bemused when she was revealed to be wrong.

She wasn’t the only one as Bradley was left open-mouthed and speechless at her failure to answer correctly.

Not one to go down without a fight, Jenny defensively hit out: “I’m metric, why are you asking me these things? Get with the programme, modern times. 21st century.”

Taken aback by, not only her wrong answer but her explanation also, a flabbergasted Bradley said: “I don’t know what to say.”

Jenny was unmoved at the top of the table despite getting the answer wrong before Bradley reiterated the answers.

Jenny then mustered up a defence and said: “Maybe I was thinking of inches or something like that.”

She finished the discussion off by saying: “Either way it involved doing maths and I don’t want to do mental arithmetic.

As the game went on, David made it back for the Final Chase along with the rest of his family.

The foursome went into the Final Chase with £49,000 to play for.

Sadly for the Hartes, Jenny caught the family with just four seconds to spare.

The Chase continues on ITV every weekday at 5pm.