THE Chase fans were left red-faced after saucy contestant Shirley revealed she'd like to 'rent a chap' with her prize money.

Viewers watched as the cheeky lady told host Bradley Walsh she'd like to splash her cash on cocktails and a man servant. 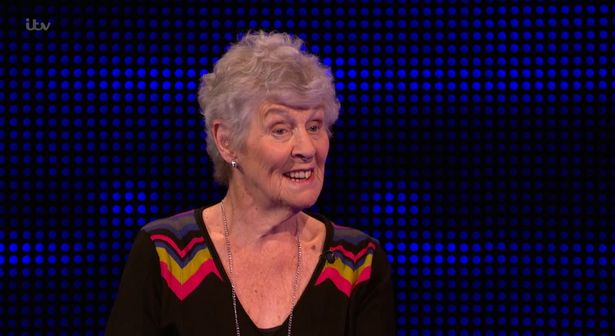 Quiz show host Bradley, 59, asked her: "If you were to win some money today, what would you do with it?"

Speaking of her late husband, the good-natured volunteer carer replied: "My husband and I used to travel a lot.

"We loved travelling, and now I'm alone I find it difficult, so I'm going to rent a chap to take along with me, carry my baggage, pour my gin and tonic, and perhaps dance with me in the evening."

The shocked audience laughed as Bradley was left gobsmacked. He eventually replied: "Do you know what Shirley, this is what I'm going to do. " 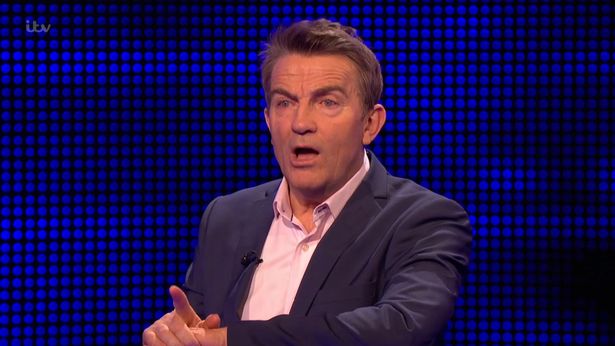 Shirley asked: "Are you going to volunteer?"

"Shirley I'm going to start a company called 'rent a chap', the new RAC. Rent a chap. That's what we are going to do. I'll find you someone."

Shirely admitted she liked the look of one of the chasers – but unfortunately it wasn't in the form of Mark Labbett, who was standing in front of her. 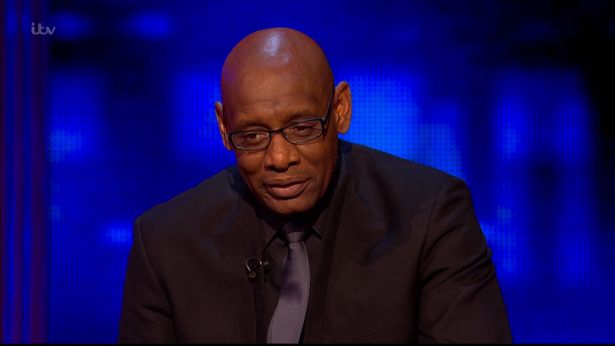 Referring to Shaun Wallace, AKA The Dark Destroyer, Mark teased: "I'll get my coat then!"

One fan laughed on Twitter: "Shirley wants a gigolo."

Another wrote: "Shirley is a bl**dy good egg."

While a potential suitor commented: "Shirley has a nice smile."

Host Bradley Walsh said last month that the show is about "100 shows behind schedule".

He admitted the team was "lucky" it had filmed the special series Beat the Chasers otherwise there would be no new episodes to air.

In Beat the Chasers, contestants can win big money if they put themselves up against Chasers.

Bradley told TV Mag: “We were so lucky because we filmed it back in January. Obviously if it had been a couple of weeks later it wouldn’t have been made.

"We stopped filming on The Chase in February, so I would say at the moment we’re about 100 shows behind schedule, which we’ll need to make up."

The host revealed he is in the dark about when production will resume.

He said: "I’ve got absolutely no idea what is going to happen. We can’t say we’ll be back to work in a month, eight weeks. No one knows. All we can do is sit and pray."