British actress Gugu Mbatha-Raw has performed in nearly every genre of film since breaking out in the 2013 Amma Asante-directed feature, “Belle.” Since then, Mbatha-Raw has played a pop star, a mother, and even a member of the Time Variance Authority in the Disney+ series, “Loki.” Now, she’s starring in the HBO Max series “The Girl Before,” a dark, twisted murder mystery about a woman named Jane (Mbatha-Raw) who moves into One Folgate Street, a minimalist house where a woman (Jessica Plummer) had previously died.

The series was a jump for the actress, not just because she was coming off the time-travel weirdness of “Loki.” But it was an opportunity to take the reins as an associate producer on the limited series, collaborating on several of the day-to-day elements as well as playing a frustrated, sometimes scared, woman searching for answers. On top of that, the performers were all telling a story of isolation and frustration in a pandemic, with One Folgate Street — the main set for the entirety of production — taking on added significance.

Mbatha-Raw sat down with us via Zoom to talk about the production, reuniting with actor David Oyelowo, and how the series discusses society’s failure to help women. This interview has been edited and condensed for clarity.

INDIEWIRE: What initially drew you to this project and Jane?

Gugu Mbatha-Raw: I was filming “Loki” in 2020. I read the first two scripts and the initial thing that stood out to me was the fact that it was two amazing female leads. That really struck me because, so often, it’s just one great female part and maybe the other female part is more supporting or less fleshed out. What I loved about this was both Emma and Jane were equally interesting, meaty roles. It felt like their emotional journeys were rooted and [had] substance.

This is a mystery series that could be very dude-centric….

I don’t really do dude-cenric. [Laughs]

But what I appreciated was this may be a mystery but it’s mired in ways women have to be their own advocates.

Yeah, for me, I always wanted it to feel like an empowering journey for Jane. There is a version of this [story where] the women seem like victims. Jane is empowered by the process of finding out the truth about Emma and that is an empowering journey for her. With [showrunner] Lisa Brühlmann at the helm, she was always quite keen on exploring the idea and the themes of control and that was really fascinating.

Not just Edward (David Oyelowo) being a controlling man [and] the house with all these rules, but also how the women are either controlling their own emotions or, for Emma, [experiencing] slightly toxic masculinity and overly loving boyfriend loving her a bit too hard, and holding on a bit too close. [There’s also] Jane trying to hold on to controlling her grief and hold it together. I feel there was lots to explore. 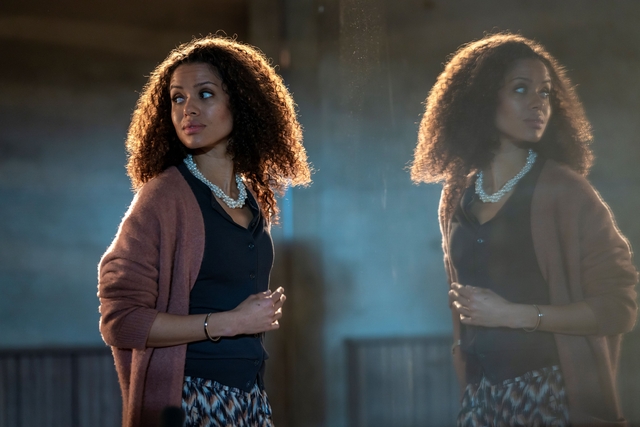 Having worked with some amazing female directors like Amma Asante, Ave DuVernay, Gina Prince-Bythewood, do you carry advice from any of them that you bring to future projects?

There’s no advice specifically. I think it’s more what is the gaze of the project? Whose perspective are we showing? Those are all things that I think about. It’s sort of more within me. I absorb these experiences and I feel like you bring yourself and those elements of yourself to the next project, but I don’t know that I consciously was applying advice. It becomes a part of you.

This is now your fourth time working with David Oyelowo. What was it like working and reuniting with him for this?

That was kind of the exciting thing to me about the casting of David. Obviously, knowing him as a friend but also knowing he’s such an accomplished actor who really can turn the fan to anything. I’ve seen him on stage as Othello, “Selma” as Martin Luther King. As a Shakespearean actor, as a stage actor, and a screen actor he has such a huge range. So I had no doubt that he could pull off the controlling, dark energy that Edward has. David is so elegant, so articulate, and has such gravitas that working with him was such a joy. He brought so much to Edward and really raised the bar for that character. Some of the discussions that we had fleshing out the relationship dynamics, he’s such an asset to any production, not just for his acting but also he’s super smart and has a great perspective.

It was really a joy to work with David, especially in the pandemic where we’re doing all our meetings on Zoom, script rehearsals on Zoom. There is something wonderfully comforting in the midst of all that to have a shorthand with an actor that you know and trust. 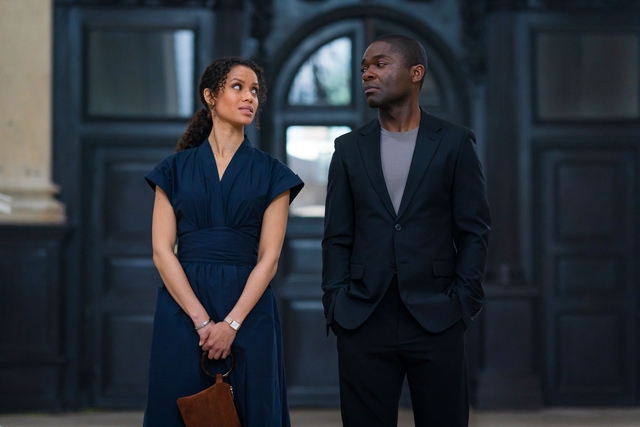 Do you feel the pandemic enhanced this story in any way?

It was kind of meta to be on Zoom doing a show about a house and how it’s affecting its inhabitants psychologically when half the world has been in their houses for the last year. That wasn’t lost on me, the fact that we were doing this psychological thriller about isolation and the weird mind games you can get into being in a building. We certainly had a very hard lockdown in the UK and in the development process of this script that was interesting to me.

There [are] the elements of the psychological thriller genre [in] the way the pandemic has unfolded in the media with all the twists and turns. Not to say it’s a thrilling ride because it certainly hasn’t been, but it’s been something that has made people question their sense of reality and their mental health. I definitely saw the parallels with the pandemic and literally the setup of Folgate street. Equally we were in a bubble of sorts on a practical level, predominantly set in one location that was technically easier to achieve in the pandemic.

The set also become a character in this series. How did you enjoy working within the space?

All credit to our amazing production designer John Henson and Eban Bolter, the cinematographer, who really gave, not just the set itself but the moods of the lighting and how the house really becomes a character. It really is the lead character in many ways. It is a powerful set and walking into that space for the first time I definitely did say, “Wow” like Emma says [in the premiere]. It was definitely a space that has an effect on you because it was so stark and minimal. It could be a blank canvas, and, as an actor, when you’re in such a stark environment it’s also very exposing. There is no way to hide on that set. In terms of your acting, your physicality, the costumes, everything has to be exposed in an environment like that.

I called this “Hitchcockian” in my review. Did you defer to any Old Hollywood films for inspiration? What other research went into your performance? 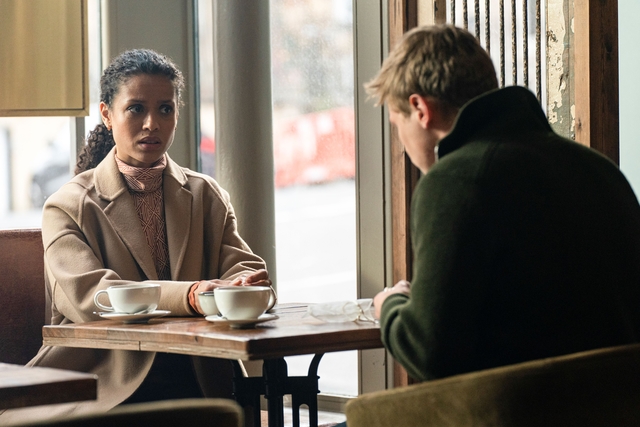 I don’t think I was emulating any film. I saw the “Rebecca” [feature film] resonances and even “A Doll’s House,” the [Henrik] Ibsen of it all in terms of a woman trapped in a house with a controlling man and breaking free of those conventions. I try and root the characters in reality as much as possible. As an actor you have to start with reality, especially when you’re dealing with something that is stylized. I was always keen to ground the show and the character’s emotions because we are dealing with themes of rape, and stillbirth, and real psychological traumas.

It made me more aware how important it was to do the research on the psychology, and the emotional world. My research was more talking to a therapist about how someone might process and experience, like Jane, having a stillbirth. I also spoke with a bereavement midwife, which is sad that they exist, but who specialize in being there for people going through stillbirth. I even spoke to a friend of mine who has experienced that herself, who was generous enough to share some of the emotional process.

Can you talk a little bit about being a producer on this series? Might we be seeing Gugu Mbatha-Raw, director, someday?

Producing and directing are very, very different things. But I would say that this was a great learning experience, coming on as an associate producer. The wheels were already in motion on the show when I came on board. It wasn’t like I optioned the book or anything. I learned a lot from working with the production company and being a part of those conversations. Also contributing to the story arcs, what to keep, what to lose; it was a very inclusive space. I was also starting off as the executive producer on “Surface,” the Apple[TV+] show, so I will be doing more of that.

It’s great to be surrounded by great producing partners, and as a creative producer I love learning. I hope that it will feed in to the next project, be it acting [or] producing. And in terms of directing I don’t know. I don’t have anything in my mind at the moment and I appreciate what a difficult job that is. I love acting so much that I feel like directing is something that maybe I would do in the future, but I’d need to take a step back to be able to focus on that and I’m really enjoying acting at the moment.

“The Girl Before” streams on HBO Max now.