WARNING: This article contains spoilers from The Good Doctor.

Who plays the conjoined twins in The Good Doctor?

Jenny and Katie Kunkler are portrayed by 28-year-old actresses Emily and Elizabeth Hinkler.

In real life, while they are twin sisters, they are not actually conjoined and were born around one hour apart.

Speaking to The Daily Iowan, Emily joked: “We’re always thinking about each other.

“We describe our relationship to each other as like being married.

“Our relationship is like an old marriage without sex. If Elizabeth injures herself, I’ll take care of her, make her food, do her laundry.” 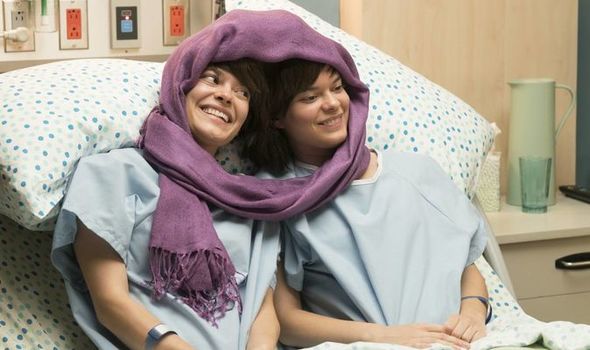 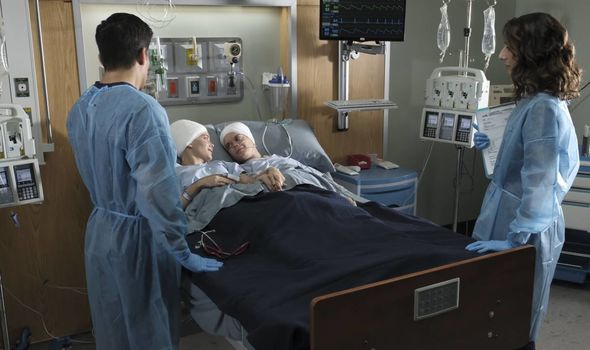 In 2018, the pair starred in comedy series Overthinking with Kat & June together as well as Dark Wings in 2012 and Dream Corp LLC earlier this year.

They also worked on The Good Doctor, where Elizabeth played Katie and Emily portrayed Jenny.

Besides from their joined roles, Elizabeth has also been in New Girl, Modern Family, Jane the Virgin and Dream Corp LLC.

Meanwhile, Emily has been in You’re the Worst, General Hospital, One Day at a Time, and film Boy Erased. 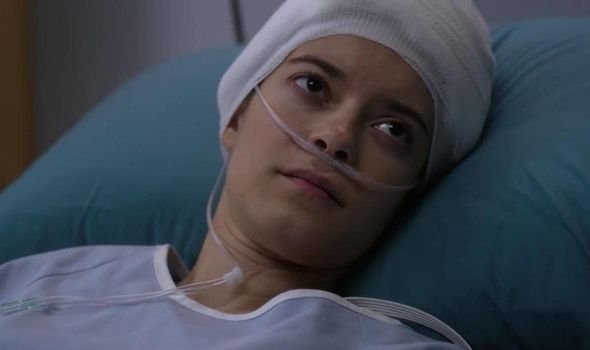 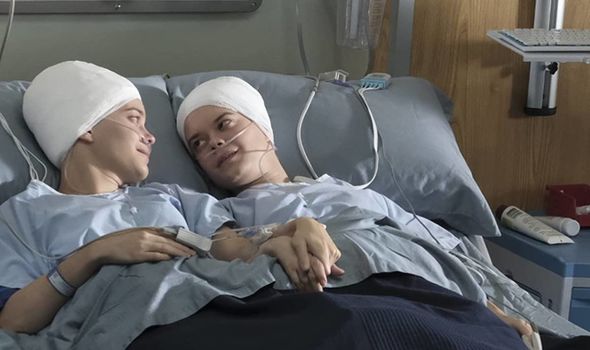 The Hinkler twins are going to be starring in a new horror film called Follow Me which will be coming out on Thursday, July 23.

The synopsis for Follow Me reads: “A social media personality travels with his friends to Moscow to capture new content for his successful vlog.

“Always pushing the limits and catering to a growing audience, they enter a cold world of mystery, excess, and danger.

“When the lines between real life and social media are blurred, the group must fight to escape, and survive.”

In The Good Doctor, Jenny and Katie are brought to the hospital for a kidney transplant but before the surgery, they had to be separated.

The operation has complications though and while Jenny wakes up following the procedure, Katie remains in a coma.

There are concerns about whether or not she will survive and Jenny also is in need of heart transplant.

Dr Neil Melendez (Nicholas Gonzalez) says Katie would be the perfect match but this would mean Katie would die.

Distraught, Jenny says she doesn’t want to lose her sister, however, after seeing how she is unlikely to wake up, she reluctantly agrees to the operation.

To give them some more time, the doctors re-conjoined the twins, however, at the very last minute, Katie stabilises and Jenny suddenly dies as her heart has failed.

Mourning for her sister, Katie doesn’t want to be separated from Jenny but is eventually convinced to let her go by their mum.

The Good Doctor is available to watch on ABC.