In The Last Kingdom, Aethelwold (Harry McEntire) is King Alfred’s (David Dawson) nephew that tries to scheme his way onto the throne of Wessex. He can be very humorous at times, but also ruthless and he never seems to forget anything. What happens between Uhtred (Alexander Dreymon) and Aethelwold? Read on to find out.

Why isn’t Aethelwold chosen to be the King of Wessex?

Much may change as the years go by, but Aethelwold’s sly ways remain the same. #TheLastKingdom #Season3

Aethelwold’s father, Aethelred (Alec Newman) was the kinguntil his untimely death in battle. His father never considered him a trulysuitable heir to follow after him because Aethelwoldis preoccupied with other things such as women and strong drinks. Alfred is chosento lead Wessex after his brother dies, and Aethelwold takes this slight andnurtures it for years. He wants nothing more than to take the throne forhimself and he even chooses to ally himself with the Danes to do it.

What happens between Uhtred and Aethelwold? 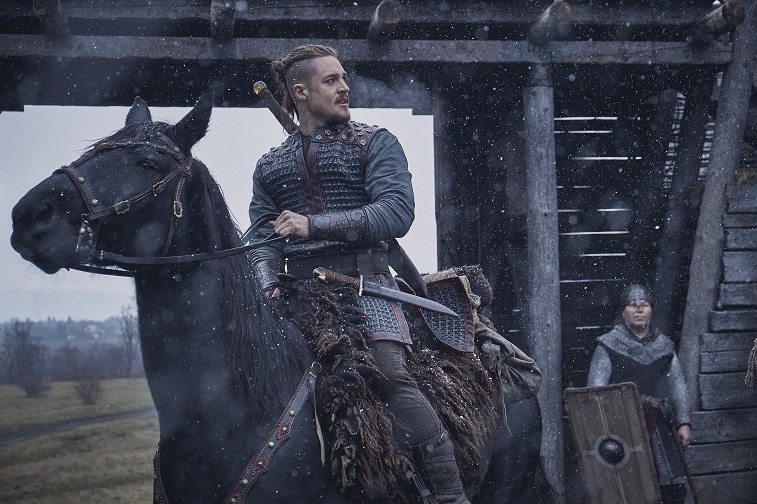 Aethelwold’s scheming eventually leads to his death. Aethelwold kills Young Ragnar (Tobias Santelmann) after being manipulated into it by Cnut (Magnus Bruun). Aethelwold is convinced that if he doesn’t kill Ragnar, then he’ll be killed by him. Aethelwold stabs him to death in his sleep, meaning Ragnar can’t go to Valhalla.

Brida (Emily Cox) tells Uhtred who really killed Ragnar when she learns the truth. Brida and Uhtred believe that they must kill the one who took Ragnar’s life to release his soul into Valhalla. They must use blood on a blade from Ragnar’s sister, Thyra (Julia Bache-Wiig), and use it to kill Aethelwold to secure Ragnar’s soul. Uhtred does manage to do it, believing that by killing Aethelwold he can release Ragnar’s soul to Valhalla. Aethelwold meets his end at the hands of Uhtred. Uhtred fully believes he is avenging his brother’s murder. He doesn’t yet know about the role Cnut plays in all of this.

What do fans think of Aethelwold?

And may the Gods bless you in the (almost) New Year! The time to be more Aethelwold is now. #TheLastKingdom #Season3

Despite the way things turn out for Aethelwold, fans really seem to be fond of the character. The actor also gets praise from fans for his excellent job in the role.

Some fans were hoping for more from Aethelwold including a possible redemption, but sadly things didn’t play out that way.

“For a time there, I was hoping that he was on a redemptionarc, until he put a hard stop to that when he joined up with the Danes,” a fanwrote.

One fan was happy that Uhtred didn’t let Aethelwold off soeasily. “So hateable but for a moment there I thought he’d found camaraderiewith Uhtred’s group and I sort off liked that he said what we were thinkinguntil he ruined it. When Uhtred got him good thinking he’d sneak through thattoo, I cheered,” a fan admitted on Reddit.

Fans seem to really enjoy when Aethelwold is on their screens. However, many fans think he deserves his end at the hands of Uhtred in The Last Kingdom.