The Masked Singer saw yet another contestant being sent home last week as Jordyn Woods was revealed as Kangaroo. Now, following last night’s episode which saw no-one eliminated – much to the dismay of fans – and with just a handful of contestants left, Fox viewers are excited to see who will come out on top at the end of the competition.

A number of the masked celebrities are favourites in the fandom, with some coming out higher than others.

One huge favourite is Banana – whose identity has eluded fans since his arrival on the show.

Now, however, fans of the show have become convinced his time may be up, as the final episodes will begin to kickstart some versus rounds.

During these rounds, singers will go head-to-head with one other contestant, with just one making it through to the next round. 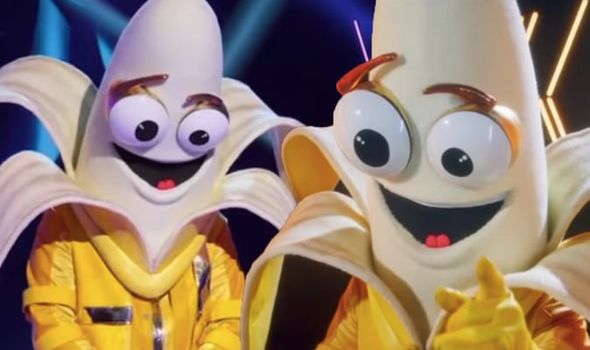 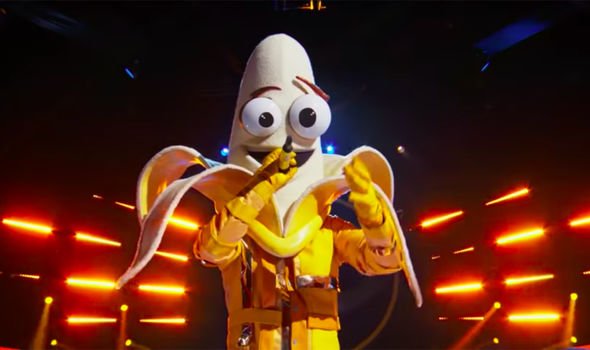 And now, with fans dissecting some of the latest images of the upcoming episode, they are beginning to fear the end of Banana’s reign.

In particular, they are pointing out Banana is singing at a piano, most likely using a ballad to battle for his spot on the show.

Speaking out on Reddit, viewers have pointed out that Banana will most likely be going up against Kitty or Rhino, leaving Banana with a slim chance of surviving any type of sing-off.

One fan wrote on the forum: “I’m like super worried for this episode because if Banana goes to the smackdown against Kitty or Frog he will lose.

“And I will not be happy if lil Banana don’t get to the episode where Gordon Ramsay is a guest judge. So yeah i’m super worried.” (sic). 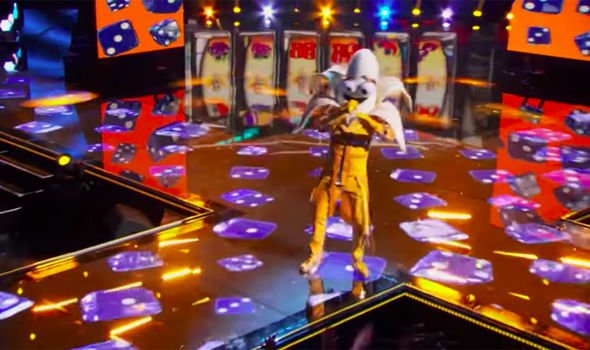 Another agreed as they added: “While I am still confident that Frog will beat Kitty, Banana VS Rhino is now a 50/50 chance, with the Banana playing the piano in his preview.”

Although Banana is a strong favourite with the fans because of his vibrant personality and fun demeanour, he may not be the best singer in the competition.

Does this mean he will be the next contestant to be sent home?

Meanwhile, fans of the show have become convinced they have figured out who is behind the mask of Night Angel.

Speaking out on this theory, one fan wrote on Reddit: “The hints are Empire which she was a guest on, doing the ‘no no no no’ gesture to the sweet tea.

“Four is the number of Grammy’s she’s won and ‘lending a helping wing’ is alluding to her charity the ‘Survivor’s Foundation’.”

Fans also pointed out a hugely telling sentence Night Angel said during the last episode, which also alludes to her being a former member of Destiny’s Child.

The contestant announced: “Destiny led me back to the stage and hopefully I can give you a million reasons why I belong here.”

However, this wasn’t a theory that every member of the fandom believed in, as some refused to agree it was truly Kelly behind the mask.

One fan responded: “She doesn’t sound like Kelly Rowland AT ALL.”

The Masked Singer continues every Wednesday on Fox.