Taking to the stage as part of Group C on The Masked Singer this week are T-Rex, Night Angel, Bear, Astronaut, Rhino and Swan. Clues are pretty scarce ahead of each of their first performances but thanks to a handful of preview clips from Fox, several fans have predicted T-Rex could be unveiled as one of the USA’s most-decorated Olympians.

Taco was unmasked as Tom Bergeron joining the likes of Mouse (Dionne Warwick) and Elephant (Tony Hawk) on the list of eliminated Group B stars.

This meant Frog, Kitty and Banana sailed through to the Fox competition’s finals with Group C the final wave of stars to perform.

A promo clip shown at the end of episode six gave fans a first-look at T-Rex and it was enough to leave some fans convinced it’s gymnast Simone Biles under the mask. 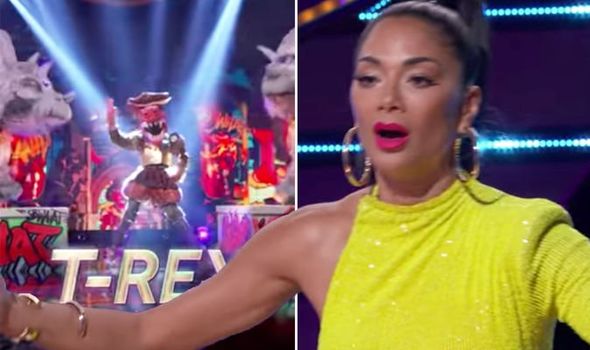 Taking to Reddit shortly after the preview snippet had aired, user Alkali 13 raised the question about T-Rex’s identity.

Alongside a screenshot from the preview, the Masked Singer fans wrote: “Guys, T-Rex is tiny. Look at her shoulders combined with the fact that she’s wearing platforms.”

This led to a number of fans predicting Simone could fit the bill.

On the thread, one fan replied: “Maybe an athlete? Simone Biles?” 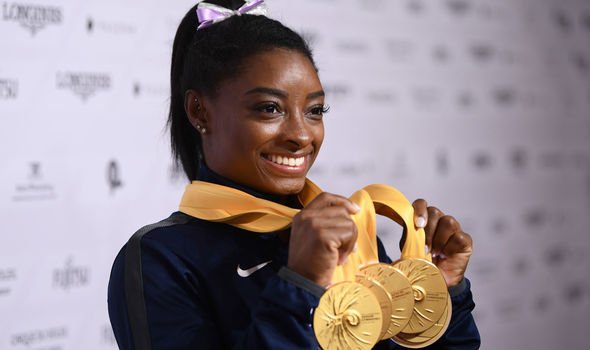 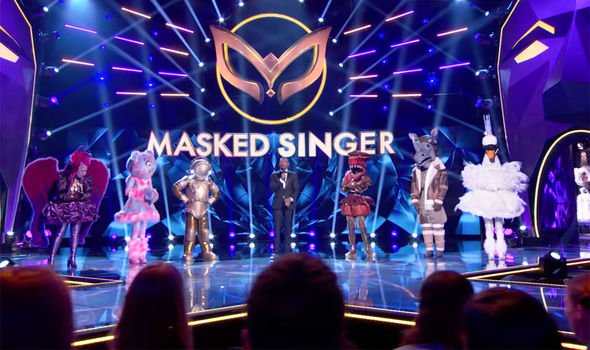 The guess quickly gained support with others thinking the gold medal-winning Olympian fit the bill for T-Rex.

One TMS fan agreed: “Simone Biles is a good guess!”

However, not everyone was convinced Simone is the one donning the dinosaur mask.

Offering an alternative view to the theory, one fan replied on the thread: “Are we sure tho that Simone was doing this during filming tho? (sic)

“She might’ve been training for the Olympics,” they added.

Another fan thought her gymnastics training would’ve also stood in the way of Masked Singer filming, adding: “There’s no way it’s Simone Biles. She’s been training hard for the Olympics for the last year.”

Fans will have to tune on Wednesday to find out if T-Rex is unmasked as Simone.

T-Rex isn’t the only Group C contestant to have sent the rumour mill into overdrive following the preview clip.

Guesses have swamped the internet as to who the remaining stars could be – from Night Angel to Bear.

However, no-one will know for sure until each contestant is unmasked on the Fox competition’s stage.

The Masked Singer USA continues every Wednesday on Fox.