The One Show viewers settled in to another edition of the BBC show this evening, and saw Alex Jones take her place on the sofa as per usual. While Alex delved into the topics of the day, she found herself a little stunned by her co-host.

This evening’s edition saw Alex being joined by Amol Rajan, an infrequent host of the show.

However as soon as the show opened, Alex couldn’t help but comment on Amol’s new look.

She announced: “Now then, you’ve been on paternity leave. 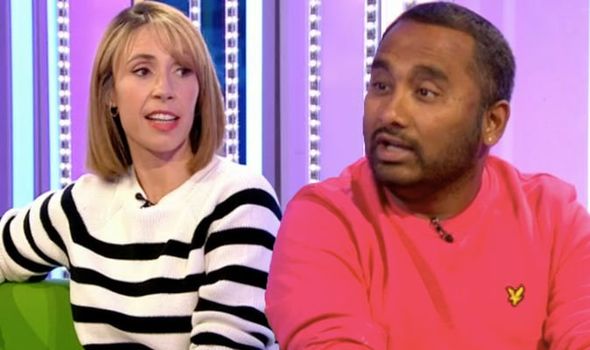 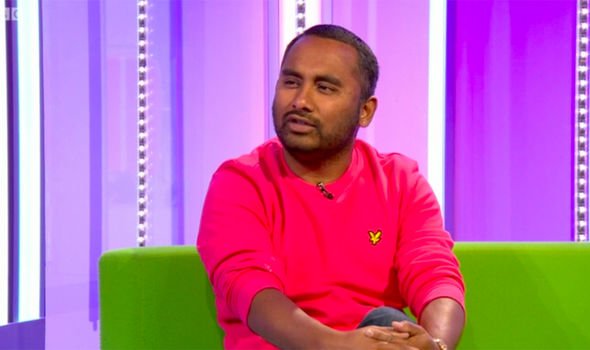 Seemingly flattered by the notion, Amol replied: “Well, I’ve been trying not to pile on the pounds.

“Have you noticed that’s sort of what you do [in lockdown]?”

Apparently stunned by his new look, Alex commented: “I hardly recognised you.” 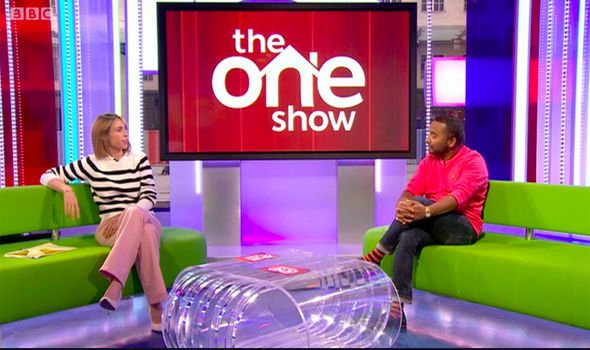 To which Alex went on to add: “Loads!”

Amol didn’t seem too convinced, however, as he responded: “Say it like you mean it.”

Alex hasn’t been as nice to her other guest hosts recently, however, as she recently took a cheeky jovial jab at her colleague Rylan Clarke-Neal.

Whilst discussing Rylan’s various presenting jobs, Alex said: “Lovely! Fashion with a heart. So, if you’re the presenter of You Are What You Wear…”

“I’ve got to ask, what were you thinking with this particular look?”

The show then flashed a photo of Rylan on the screen which saw him sporting blonde hair and leopard-print trousers.

To which Rylan yelped: “Right! I have been victimised this week on this show.”

Rylan then listed some things that perturbed him during the show, as he said: “You’ve put my book up on online for 90p, you’ve dressed me like, mind you, they were Versace X H&M, I searched high and low for them, I remember that.”

Alex replied: “It does go to show that dreams do come true, from that to a fashion show.”

Viewers will see how Alex jones reacts to her hosts in the episodes to come this week.

The One Show airs weekdays at 7pm on BBC One.