When “House of the Dragon” premiered on HBO, there was little doubt in the minds of “Game of Thrones” fans that the show would be just as bloody, ruthless, and violent.

“House of the Dragon” debuted with its metaphorical medieval guns akimbo, with a graphic C-section, jousting tournament, and a scene in which criminals are dismembered as punishment. The latest episode, “Second of His Name,” again includes images of soldiers being eaten alive by crabs, culminating in the defeat of the “Crab Feeder” (Daniel Scott Smith) at the hands of Daemon Targaryen (Matt Smith), who arrives on the battlefield dragging a severed torso, innards trailing behind it.

Content warning or not (the episode contained a warning for graphic violence, among others), “House of the Dragon” is clearly trying to outdo its predecessor and itself with graphic spectacle. George R.R. Martin’s “Fire & Blood” quickly lays out events from this chapter of Westerosi history, but adapting that for screen means depicting scenes often described in a few words or sentences, like Daemon’s justice, or adding new elements, like the crabs. The show’s graphic content and glorified violence is a choice — and not always a historically accurate one. At this point, the violence in TV fantasy like “House of the Dragon” is more emblematic of “Thrones” itself than of the actual medieval era.

HBO and the showrunners have faced recent backlash for comments about the show’s alleged realism — that it not only reflects but is obligated to represent the violence and misogyny of the Medieval era as described in George R.R. Martin’s texts. But Martin’s work itself is not some bastion of Medieval verisimilitude, not least because, you know, dragons. Claims of accuracy in a fantasy world are conscious choices about what is and isn’t believable enough for the audience and creators. Martin and HBO’s imaginings of the Middle Ages differ from reality and from each other. 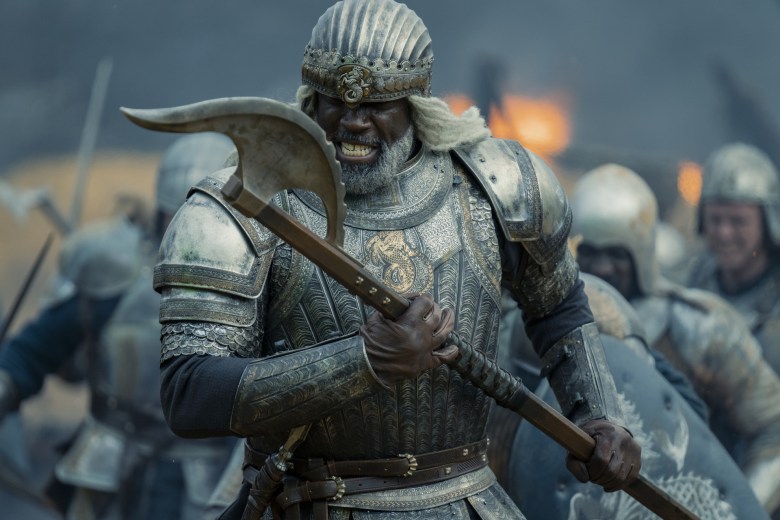 Steve Toussaint in “House of the Dragon”

“’Game of Thrones’ and ‘House of the Dragon’ are set in an imaginary world,” medievalist and early modernist Dr. Kavita Mudan Finn told IndieWire. “That world needs to have internal logic and that is part of where this misconception happens. The universe that these stories are set in is so dense and immersive and fascinating that it’s very easy to let that slippage happen, and to fall into the trap of thinking it reflects some kind of reality it doesn’t.”

According to Dr. Shiloh Carroll, author of “Medievalism in A Song of Ice and Fire and Game of Thrones,” the problem with any generalization about the Middle Ages is that the era covers an immense range of time and geography. The era includes around a thousand years of history and multiple continents, particularly Europe, parts of Northern Africa, and parts of the Middle East. Even the exact years can be disputed depending on region.

“When we say this is how it was in the middle ages, where and when are we talking about?” Carroll rhetorically asked IndieWire. “Maybe what you’re saying is true about England in 1250, but that doesn’t mean that it’s true about the Holy Roman Empire.”

Something like the tournament in Episode 1 of “House of the Dragon” is a prime example, embellishing on medieval jousting tournaments in which participants used blunted weapons that couldn’t actually cause bodily harm. Finn said that sequence has similarities with the early modern Henry VIII, who hosted multiple tournaments that coincided with his wives giving birth, but never quite went as planned.

“The study of the medieval period in Europe and a lot of our conceptions of the medieval period in Europe are not in any way accurate,” Finn said. “They actually come from the 19th century, and they have the hang ups of the 19th century. They coincide with the rise of colonial power — various European countries’ attempts to define their own heritage, partly because they want to put that heritage in opposition to the people they are attempting to conquer.”

That certainly pops up in “Thrones,” which was criticized from the start for barbaric depictions of its only characters of color and their eventual submission to a white leader, Daenerys Targaryen (Emilia Clarke). “House of the Dragon” is more racially diverse from the outset, but the damage — and its thin defense — remains. Medieval Europe was much more racially diverse than most interpretations seem to think, a hub of trade and travel from various countries. Even class and gender struggles, Finn says, were more nuanced than they are often portrayed in pop culture. 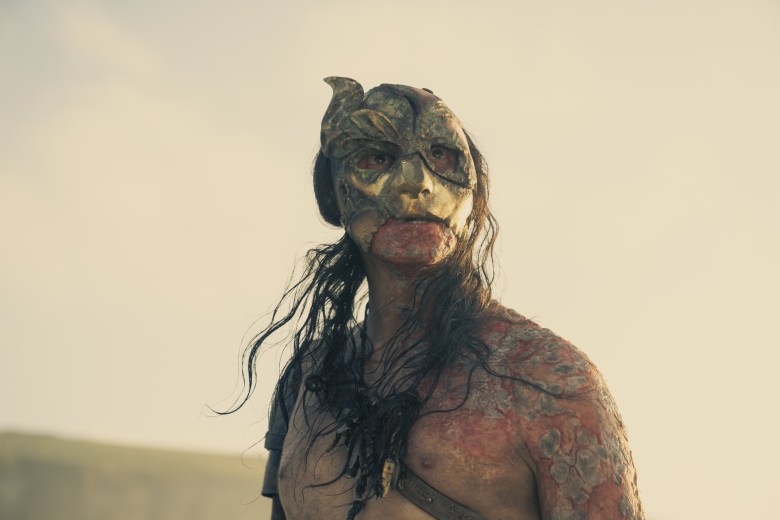 Daniell Scott Smith in “House of the Dragon”

Yet violence pervades on-screen depictions of anything reminiscent of the Middle Ages. “Rings of Power” may be off to a wholesome start on Prime Video, but even Peter Jackson’s “Lord of the Rings” trilogy included a scene where Uruk-Hai eat one of their own alive. Seeing and internalizing the same depictions over and over, says Carroll, creates a concerning feedback loop.

“Each person’s individual idea of what the Middle Ages were like, they can find something in fiction that reinforces that,” she said. “They see that specific fiction as historically accurate because it already represents what they believed about the Middle Ages.”

Caroll finds the violence in “House of the Dragon” — at least the premiere episode — to be far more plot-driven than on “Thrones,” leaning more than ever into the body horror. Finn agreed.

“We were very firmly in [Aemma’s] perspective for a good portion of the scene,” she said of Episode 1’s C-section sequence. “It was partly there for shock, but it also really brought home her situation and set a theme going forward about women’s autonomy and the kinds of battles that they were going to have to face.”

Though criticized as gratuitous, Aemma’s C-section is actually one of the more accurate if visceral scenes. Carroll also says the Crabfeeder’s end checks out with Medieval punishments like hanging and quartering, even if it was doled out on the battlefield by a Rogue Prince and not the law. For most viewers, the distinction between accuracy and exaggeration is not only blurry, but perhaps even irrelevant — but it also creates a false distance between this so-called backward Medieval fantasy and the world we ourselves occupy.

“Perhaps our fascination with barbaric medievalism lets us offload our own social problems onto a time period so far behind us that it’s practically alien,” Carroll wrote after “Thrones” ended. “We can feel superior to those dirty, backwards medieval people.”

“It comes from this desire to feel like we’re better than people in the Middle Ages,” Finn echoed. “We know better, we’re more progressive, we’re more advanced — when in fact it turns out we’re not, and we have a lot of the same problems that they did.”