Bravo’s “Below Deck” and its spinoff “Below Deck Mediterranean” have it all: luxurious yachts, gorgeous scenery, a good-looking crew, and plenty of drama. According to Bravo, “Below Deck Med” follows the yacht crew as they board the “180-foot mega-yacht” known as “Lady Michelle” and navigate through hardships, drama … and high seas. Veteran crew members like Malia White and Captain Sandy have been on the spin-off since Season 2 and are familiar faces to viewers who watch them overcome challenges, but Bravo has shaken things up with new crew members for Season 6, which is set to air on June 28.

Among the new additions to “Below Deck Med” is David Pascoe, who already has a lot of buzz around him because of his looks and skills. In the trailer for “Below Deck Med,” which was released on June 8, David could be seen joking around with a fellow crew member about winning over the newly single Malia, who broke up with her boyfriend, chef Tom Checketts, in October 2020. Viewers will have to tune in to see if David is able to win Malia’s heart, but in the meantime, find out more about the hunky deckhand below!

David Pascoe had multiple jobs before boarding 'Below Deck Med' 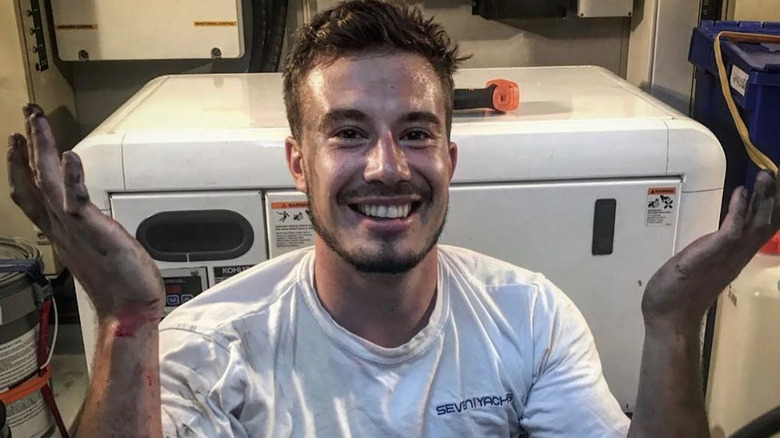 David Pascoe is working as a deckhand on Season 6 of “Below Deck Mediterranean,” meaning that he handles hulling and cargo work on the yacht. While he has become successful at his job, it turns out that worked a variety of different jobs before choosing the yacht life. According to his Bravo profile, David was born in Italy and raised in the United Kingdom. He moved to the U.K. shortly after he was born.

Growing up, David was an “avid surfer” and was interested in photography and videography and pursued those interests in school. After he graduated, David worked as a beach lifeguard before he was offered a job as a care worker in brain injury rehabilitation. He ultimately decided that he was happier out in the ocean and decided to become a deckhand in the yachting industry, where he has worked on “multiple motor yachts up to 55 meters,” per Bravo.

Viewers will get to see David’s “good attitude” and “work ethic,” per the network, in action on the upcoming season of “Below Deck Med!”

David Pascoe loves to show off on social media 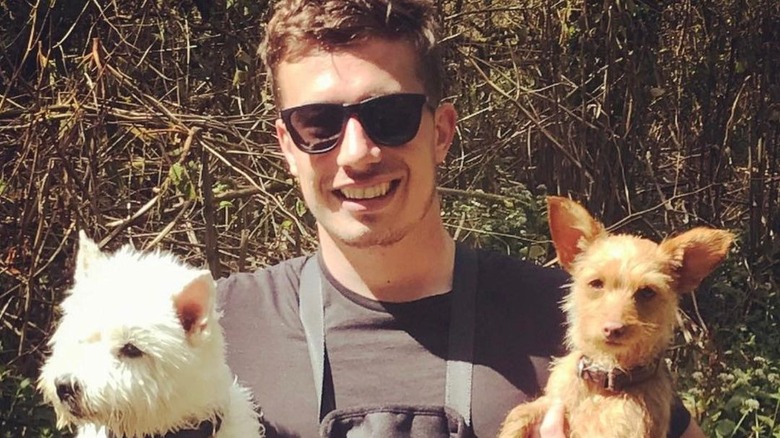 Although David Pascoe can obviously be really busy when he’s on the job, he still makes time to have fun in his downtime. He frequently posts pictures and videos of himself riding the waves on his Instagram account. “Boat whips into outer reefs,” he captioned a photo of him surfing with a friend in Bali on June 17. In another post, David wrote that “4am starts have their rewards,” referring to his early morning starts out on the waves. Clearly, David lives by the mantra of “work hard, play harder.”

In addition to surfing, David also rides motorcycles, horses, and fixes yachts. He is also a pet lover, having posted many photos with him and his dogs, whom he calls “buddies.” It’s not clear if he owns multiple dogs or just cares for them for extra income, but he’s clearly a dog person! David presumably opened his social media account in conjunction with the new season of “Below Deck Mediterranean” premiering on June 28. As of writing, he only has under 800 followers, but he’ll for sure gain more as audiences get to know more about him on the show.