The Voice UK was back with round two of the Battles and it was the last chance the contestants had to impress the coaches ahead of the live shows, also known as the Knockouts. However, one viewer realised who was going to win each head to head based on a pattern which emerged.

Tonight, the remaining hopefuls took to the stage and sang alongside another teammate, but at the end of the song, their coach had to choose only one person to make it through to next week.

However, an eagle-eyed viewer noticed a trend emerging after each song was sung and the position in which they stood on the stage.

Presenter Emma Willis always placed herself in the middle of the two acts and asked the coach who they thought won the Battle.

“So every single singer that has gone through on #TheVoiceUK , last week and this week, have all been stood on @EmmaWillis right side,” the viewer said on Twitter. 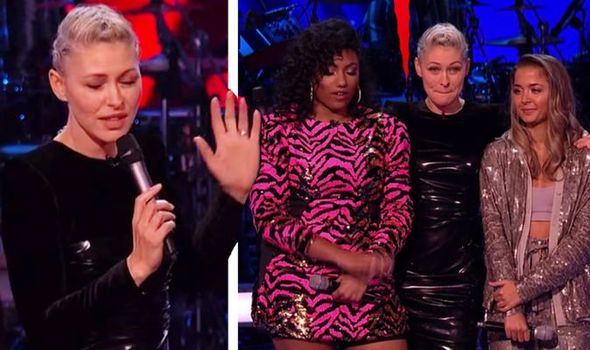 Many replied to this tweet: “And again!” followed by “Oooh well spotted.”

But is this really the case? Express.co.uk looked back at all the performances from the Battles to see if the person on Emma’s right, the fan’s left was chosen every time to go through.

Last weekend, ITV viewers tuned in to see Olly Murs kick off this round and he chose Alan Chan and Bleu Woodward to go against one another.

They were tasked with singing If I Could Turn Back Time and it was Alan who was standing on Emma’s right side who was chosen as the winner. 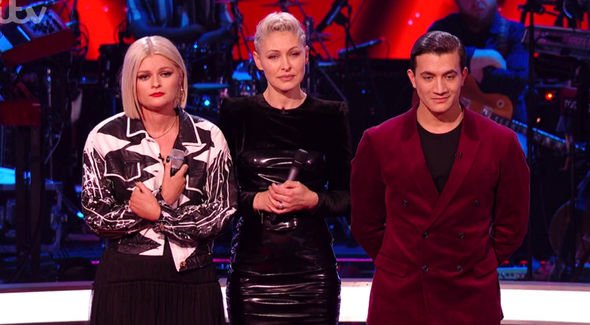 It was then over to team will.i.am and he had Doug Sure sing One alongside Zindzi Thomas, again it was the former who made it through.

Team Sir Tom Jones was represented by Jonny Brooks and Lara Anstead, but it was Jonny, who stood on Emma’s right who was the victor.

Meghan Trainor then pitted Blaize China against Claudillea Holloway, while both offered different things, it was Blaize who had the edge.

However, it wasn’t the end of the road for Claudillea because will.i.am stole her for his team. 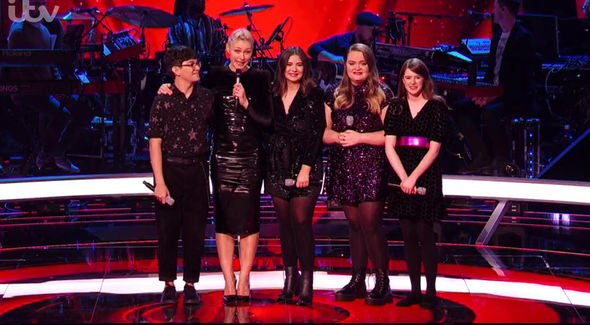 After Oli Ross and Dean John-Wilson had sung against one another, they stood either side of Emma and Meghan chose to keep Ola, who was standing on Emma’s right on her team.

will.i.am was up next with Johannes Pietsch and trio Evergreen, together they sang Songbird and it was Evergreen, who was on Emma’s left who were sent home.

Olly concluded last weekend’s Battle with Blessing Chitapa and Beryl McCormack and together they sun Flying Without Wings.

Blessing stood on Emma’s right and Beryl on Emma’s left, and it was Blessing who followed the trend and made it through.

As for this evening, it seems the pattern continued without fail.

Brooke Scullion went against Jordan Phillips to perform Water Under The Bridge and Meghan chose to save Jordan, much to the disappointment of fans.

But fear not, Olly stole Jordan and he remains in the competition.

It was the turn of Lois Moodie and Sean Connolly and together they sang their version of Ordinary People, but it was Lois who impressed Tom the most, again she was standing on Emma’s right.

The Voice UK returns next Saturday on ITV.