The Walking Dead viewers were excited to see the return of the series last weekend. After its holiday season break viewers were convinced the show would return with a few unexpected deaths. Thankfully, however, there weren’t any, and viewers weren’t greeted with any more lost characters.

Unfortunately, it looks like some characters will see destruction in the episodes to come, according to some spoilers posted by some fans.

The Walking Dead fans on Reddit are eager to find out exactly what is going to happen next in the show, and have welcomed some supposed spoilers for the season.

With this in mind, one user, ninjapancake10, has claimed to know someone with insider information on what is going to happen in the coming episodes.

In a huge Q&A session on the community forum, the Reddit user has now revealed that Beta (played by Ryan Hurst) will go on a killing spree in the upcoming episode ten. 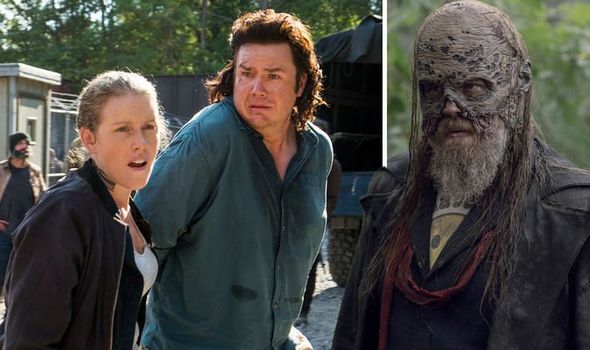 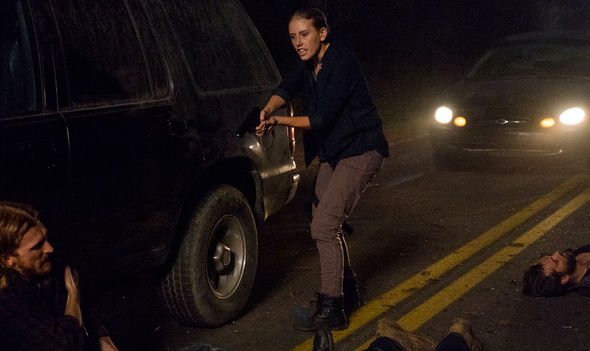 Answering a question about who Beta kills in Alexandria, the user replied: “I can specifically mention Alfred’s death.

“The guy that was with Margo and Gage when they had ambushed Lydia before. There are also a few people Beta killed who turn, and some are shown pretty clearly. But I’m not sure exactly who they are.”

Leaving the ambiguous killings aside, he went on to announce that one character will supposedly be killed off in the episode.

They continued: “We do see him killing Laura, he slams her against the bars inside the cell after she comes to Gamma’s rescue.” 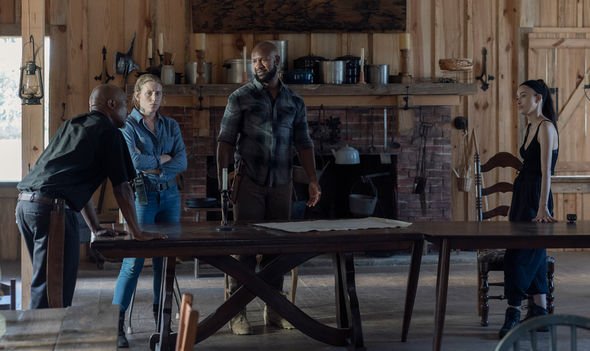 On Gamma’s involvement in the situation, he concluded: “Gamma manages to get away because of her.”

This supposed killing of Laura (Lindsley Register) will no-doubt rock the entirety of Alexandria, and will send ripples throughout the show’s next few episodes.

Unfortunately for her, Laura will apparently be killed off to protect Gamma (Thora Birch), who has been feeding information to the Alexandrians about the Whisperers.

To further detail Beta’s massacre, the source continued by revealing whether he brings anyone to Alexandria with him to attack the residents.

They responded: “I’m not sure, but I don’t think so. I think the idea was for him to go alone, kill a bunch of people, wait for them to turn and have them act as a distraction while he goes to retrieve Gamma.”

Meanwhile, viewers have been pointing out the latest death that was teased – Jerry’s (Cooper Andrews) – did not match up with the latest episode.

Reddit user June recently pointed out Jerry let loose a blood-curdling scream in the trailer for episode nine – but it went completely differently in the actual episode.

They wrote: “s10e09 MINOR SPOILERS. Jerry never screams like in the trailer, if you compare both trailer and the actual scene, they faked his scream in the trailer.”

Fans instantly began replying, with one writing: “Shows are notorious for this. It has never not bugged me when I catch it.”

Another said: “Yeah always they make things look and sound misleading to the viewers on purpose. From the trailer I thought for sure Jerry was going to die in the cave but they tricked me lol.”

With a third adding: “They really wanted us to think he was gonna die just to surprise everyone in the end. I was 110% sure he wouldn’t get out of that tunnel while watching.”

The Walking Dead season 10 continues on AMC on Sunday and Fox UK on Monday.