The Walking Dead showcased perhaps one of its most surprising deaths this weekend. After weeks of working diligently alongside Alpha (played by Samantha Morton), Negan (Jeffrey Dean Morgan) led the Whisperer leader to an abandoned shack, which he claimed he kept Lydia (Cassady McClincy) in. Distracted by the notion she would see her daughter once again before killing her, Alpha was eager to listen to every word Negan had to say – but things didn’t go her way.

After a flick of his knife, Negan cut Alpha’s throat and subsequently beheaded her.

This brutal act brought a tragic and emotional end to the Whisperer queen, and, in turn, could bring an end to the war between the Whisperers and the communities at Hilltop and Alexandria.

Negan’s horrific method of killing Alpha was brought straight over from the show’s comic-book counterpart, in which Alpha was assassinated in the same way.

However, the crucial difference in the TV show is that Carol (Melissa McBride) was behind the operation the entire time. 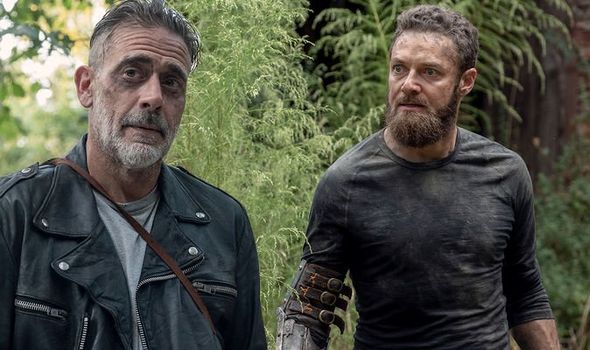 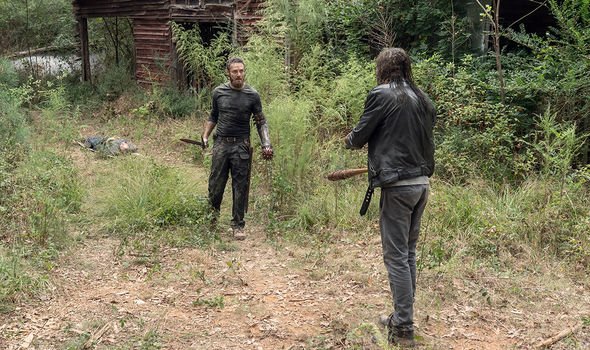 With Carol available to attest for Negan’s just actions, the former Savior could be saved of any upcoming attacks made on him by the communities.

Despite this, fans believe Aaron (Ross Marquand) won’t look away from Negan’s actions too quickly.

Minutes before Negan killed off Alpha, Aaron spotted the former Savior leader and claimed: “The only stupid thing would be not killing you”.

Negan has done a lot of evil things in his life, so it makes sense for Aaron to want to bring him justice after escaping prison and setting Hilltop ablaze. 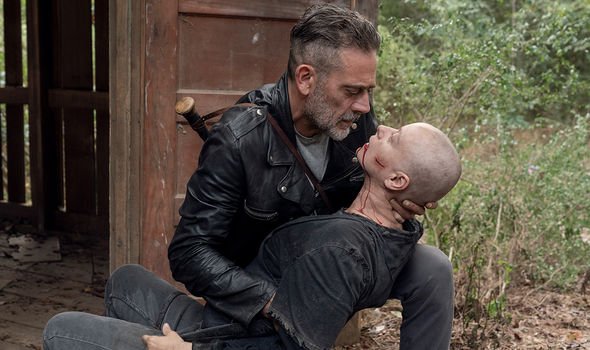 And viewers agree, with Reddit user Sm211 writing: “Can’t wait to see where it goes from here.

“Of course Aaron will think and probably tell the community that Negan went against them again, but when Carol reveals what he did.

“I really can’t see any scenario where the community still hates him, given that he has just done what they couldn’t and killed alpha.”

Obviously, two wrongs certainly don’t make a right, and Aaron is going to be eager to take down the tyrant after the years of terror he subjected Aaron and his peers to.

Will Alpha’s murder at the hands of Negan be enough for Aaron to forgive him after all he has done?

Meanwhile, Alpha star Samantha Morton recently spoke out about her death on the show to Entertainment Weekly.

During the interview, Samantha confessed she always knew she was going to be killed off.

She said: “I knew when I got the part — basically when Angela and I were talking about Alpha and the possibility of me playing her and all that kind of stuff. She was really, really honest and said: ‘Listen, this is what’s going to happen.’

“I think that the overwhelming feeling on the show is that you are part of the story that continues.”

She also added: “The show is bigger than any one individual, it is all about The Walking Dead.

“So to play a villain such as Alpha, you know that something’s got to give. So, I always knew.”

The Walking Dead season 10 continues every Sunday on AMC and Monday on FOX UK.