The Walking Dead left fans completely bereft throughout season ten of the AMC show. Michonne (played by Danai Gurira) has been an integral part of the show since season two. Season ten saw the character making her official exit from the TV series, in an attempt to find her partner, Rick Grimes (Andrew Lincoln).

After going against her instincts by showing mercy to Virgil (Kevin Carroll), Michonne found herself on a path that may eventually lead to finding Rick.

Viewers caught a glimpse of the new Michonne in her last moments on the show, as she stumbled across two survivors who had been left behind by their community.

The extremely large community could be seen marching away to an unknown destination, prompting Michonne to help the two injured survivors, and help them continue on their way through the wastelands.

However, one of these survivors has now spoken out on what could be coming next, and has even alluded to Michonne making a massive return.

King Bach, the actor who portrayed Bailey, the survivor who had injured his leg, recently appeared on the Talk Dead to Me podcast. 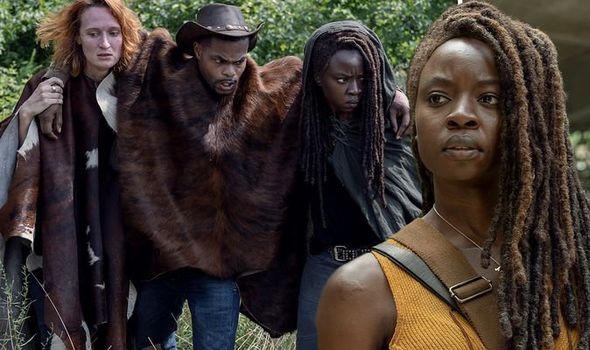 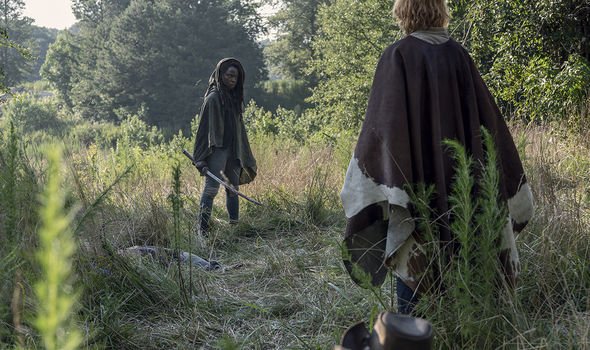 During the show the actor was asked explicitly about whether his character would return in The Walking Dead’s upcoming feature films – or perhaps even in a Michonne spin-off series.

To which the actor bluntly replied: “Am I even allowed to talk about that?”

After some prompting further, the actor went on: “I mean, yes, [that is] definitely a possibility.

“And there are a lot of rumours about that. But I’ll just keep it on that note so I don’t get in trouble.” 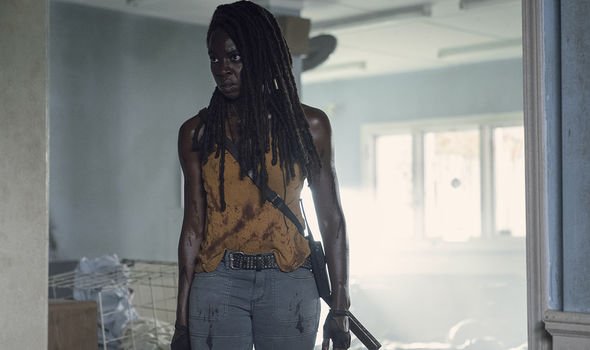 Michonne is quite a powerful presence, and will no doubt find herself in a position of power within the new community she has found.

However King Bach’s new character may also become quite an integral part of the franchise as things move on.

Thankfully King Bach was able to reveal he will be making a return to the franchise in a later instalment.

He added: “I think that’s another secret that I cannot reveal, but what I can tell you is that I twisted my ankle.

“A lot of people think: ‘Was he bit? Is his leg gonna have to be amputated?’

While fans can look forward to King Bach making a potential return alongside Michonne, fans of the show may soon see the death of Negan (Jeffrey Dean Morgan).

During a recent episode of Friday Night in with the Morgans, former The Walking Dead actor and current director Michael Cudlitz laid out some stark plans to challenge Negan.

On whether he would be looking to kill off Negan quickly, he replied: “No. No. I want to put him through the wringer because it would be fun to watch, but not for revenge.”

Going on to discuss if working on hugely challenging scenes involving character deaths was tough, Michael went on to say: “That’s the thing, is that people ask this question a lot when we do panels and stuff at conventions and they ask: ‘What was the hardest scene you’ve ever done?’