A bold move by actor Charles Lott Jr. on the film The Way Back may have inspired Ben Affleck to take the budding actor under his wing.

Lott shared with Showbiz Cheat Sheet why he confronted Affleck during filming and the special bond they have today. The Way Back, Lott’s major motion picture debut, is about an alcoholic construction worker (Affleck) whose life goes from bad to worse when his wife leaves him. 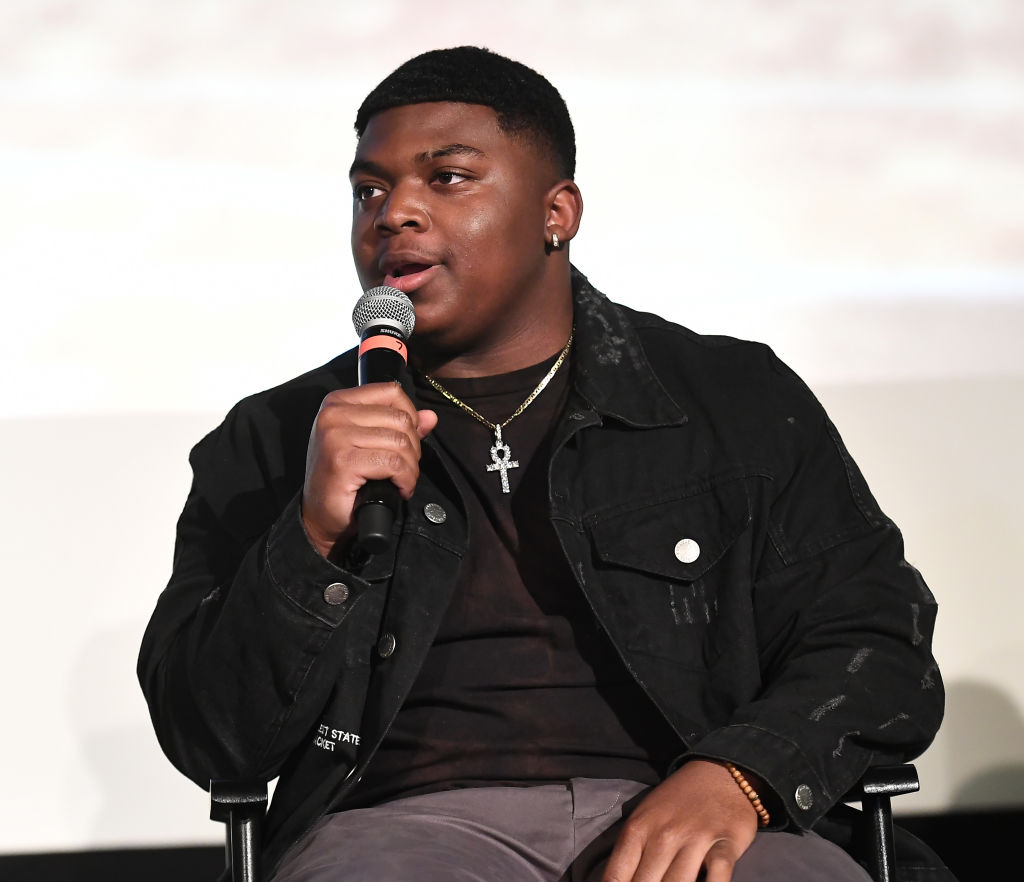 Affleck is recruited to coach basketball at his former high school and learns how to be an inspiration and be inspired by the teens on the team. Lott plays Chubbs Hendricks, one of the basketball players who brings levity to the film.

His first interaction with Affleck could have been his last

Lott told the story about how Affleck kept interrupting him when it came time for him to deliver his first line in the film. “Every time I got ready to say my lines, it would get cut off by him,” Lott recalled to Build Series. “He’d start his lines and start speaking.” Lott says he gave Affleck “a pass” at first. But when Affleck interrupted him multiple times, Lott wasn’t having it.

I’m really excited to let you all know that @thewayback is being released digitally today so more of you can enjoy the film, and in the comfort and safety of your own home. This story means a lot to me, and the entire cast and crew, and I hope you are able to watch it. Please stay safe and well.

He decided to let Affleck know he kept cutting him off. “So when I was walking up to him, we were three weeks into shooting and we’d never really spoke at all [except for a brief introduction],” Lott told Showbiz Cheat Sheet.

“So when he was cutting off the line a couple of times, I was like, ‘What’s this about?’ When I walked over to him, I tapped him on the chest. He looked up because we’d never spoke and I don’t think he knew who I was. His eyes got big and was like, ‘Who the F are you?’”

Lott says he told Affleck he moved in on his line. “I had the script in my hand and was showing him where his line was and I forgot that I was mic’ed up,” he recalls. “So the dudes in the back could hear me. So afterwards everybody gave me so much crap. They were like, ‘You don’t talk to Ben Affleck like that!’ or ‘What’s wrong with you?’”

Watching these guys work reminds me why I love doing this. From their work ethic, their commitment to the project, and the degree to which they cared about the acting, right through to their athletic performances. They know what it takes to get along and work together and I am excited to watch their journey unfold. #TheWayBack

In the moment, Lott didn’t really think about the fact he was confronting a huge movie star. Rather, he was heated that another actor kept interrupting him. “But when I walked over there it started to come in my mind a little bit. And then when I tapped him and he looked up at me and I saw who he was, that’s when regret came in my brain,” Lott said. “It’s like, ‘Why did I do this?’ Then my voice was choking up a little bit but I was like, ‘No! I’m speaking up!’”

Lott added that his mother was proud of her son for speaking up. Lott credits her for his gumption. “My mom won’t take anything from anybody,” he asserts. Lott jokes about how he’s the one always telling his mom to tone it down and then confronted a huge movie star on set.

He thought he was going to be fired

Lott worried he was going to be fired for his decision to confront Affleck. “But they sent me the call sheet two days later and I was like, ‘Oh, I still have a job!’” Of course, the moment resulted in a significant amount of ribbing from the other cast members, including Affleck.

#TheWayBack tour continues! Thank you to the great city of Atlanta for giving me the opportunity to share this story with you. @thewayback

Later, “[Affleck] walks up to me, and he’s so big, and he stuck his hand out and he was just like, ‘Man, I don’t know who you are, but I respect it. I won’t step on your lines.’ And we became cool instantly.”

“Then after that, we hung out every day,” Lott continues. “And then I told him to adopt me!

Lott and Affleck have a close bond

Lott says that Affleck has given him lots of advice as they grew closer. “But it’s hard to pinpoint in terms of career,” Lott says. “I mean, when we first got close I was asking him questions every day. But one of the main things he taught me was to always love the craft and the art of acting and filming. Especially when you become leading man and you get paid lots of money. Because then they don’t look at movies as a craft but they are looking at how much money can you make them.” Essentially, you become a commodity.

Affleck also told him to surround himself with the right people and to do everything moderation. “He just taught me something a few days ago,” Lott says. “There was some kid online who was being a hater and talking bad about me for no reason. [Affleck] sent me a long paragraph [saying] that there’s gonna be haters and if you don’t have haters you’re doing something wrong.” Lott views Affleck as a mentor and is extremely grateful to have him in his life.

Lott also pushes back on the negativity that has dogged Affleck in the past few years. “He’s very misunderstood,” he says. “I used to read the tabloids, so when I was first meeting him, I was very intimidated. But then I was like, ‘All these tabloids about what people think about him are wrong.’ I’ve met a lot of people in the entertainment industry and he’s been by far the nicest one.” He added that even at Affleck’s lowest moments, he was still a great person. “He’s the greatest dude I’ve ever met outside of my parents,” he adds.

Lott wants fans to know Affleck is a funny guy

Lott wants everyone to realize that Ben Affleck is hilarious. “I keep telling people this and no one will listen to me! He is extremely funny. He takes these serious movie roles and they think he’s a serious guy. And sometimes he lets some of the funniness out during interviews.”

The day I knew we were going to be life long friends????? @benaffleck ???? #behindthescenes

“But when you personally talk to him and he can trust you. Like every time he says something it’s funny,” Lott exclaims. “We have a group chat and I’m like, ‘Man why are you not in stand up comedy?’ He’s super funny.”

Lott adds, “I wish he’d get into more comedy! He probably won’t because he’s been doing so many dramas but it’s like, come on!”

The Way Back is now streaming on VOD on Amazon Prime Video, iTunes, or Google Play.