The Young and the Restless is one of daytime TV’s most celebrated shows, and its longevity is proof of that. That is due to the fans. Based on the origin of soap operas, there is sometimes a preconceived idea of the fan demographic, and it leans toward women.

Not true! The reach of Y&R is boundless, and you may be surprised to learn that some famous figures in the sports world are part of the fandom too. 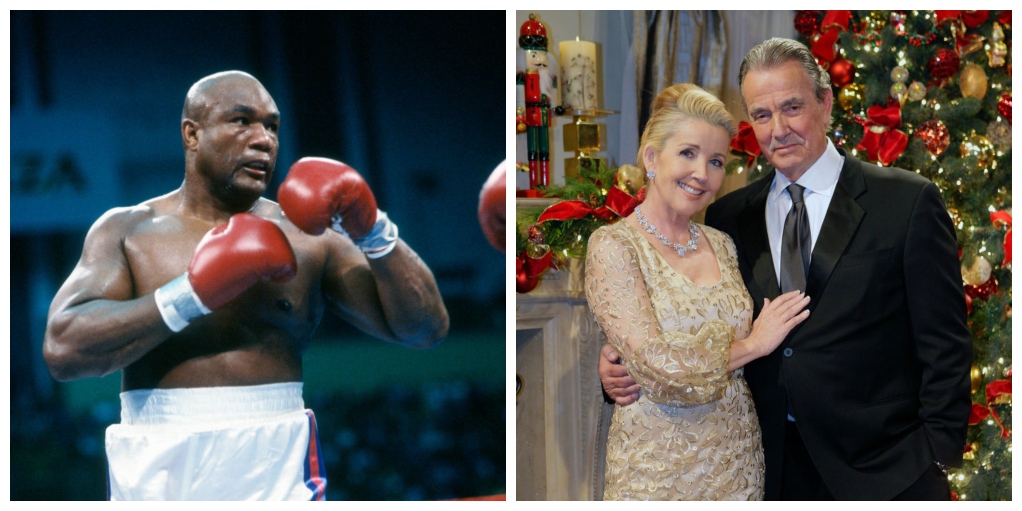 According to Eric Braeden, he was shocked to learn that George Foreman was a fan. During an interview with Rich Eisen, the actor said he was in his dressing room on the CBS set when there was a knock at the door. A member of the stage crew asked if it was okay for Foreman to drop by.

Both were equally excited about the meeting with Foreman saying he was blessed and honored. Braeden—who is a huge boxing fan—was awestruck. He replied, “You’re blessed? I’m blessed!”

RELATED: What is ‘The Young and the Restless’ Star Eric Braeden’s Net Worth?

It’s somewhat of an open secret that Victor Newman stands as one of Y&R’s most beloved and popular characters. He was a favorite of boxing great Muhammad Ali, who loved watching the show.

In fact, the champ befriended actors such as Eric Braeden and Don Diamont (Diamont used to play Brad Carlton) and both regarded him as one of the kindest people they’d ever met.

Braeden met Ali when he received a surprise invitation tothe boxer’s birthday party and wondered why. He learned Ali was a huge fan ofthe show. When Ali passed, Diamont posted this photo on Twitter as a tribute.

When Sports Illustrated did a piece in 1995 about athletes who love soaps, baseball Hall of Fame player Bob Gibson told the magazine his first wife got him hooked on soaps. He said if the phone rang while the show was on, it wouldn’t get answered. “That’s my time for The Young and the Restless.”

Hockey legend Wayne Gretzky was well-versed in the daily happeningsof Genoa City. An avid Y&R fan, Gretzky once told CBC interviewerTommy Banks that he and his teammates loved to watch soaps before games. In1981, he scored a cameo in the show and played a mob gangster.

Stephen A. Smith is known for his booming personality and opinions as a sports commentator, but did you know the Brooklyn native digs The Young and the Restless?

We didn’t know either, but one giveaway is the fact that he wrote the foreword for Braeden’s memoir, I’ll Be Damned: How My Young and Restless Life Led Me to America’s #1 Daytime Drama. Smith is a bigger fan of General Hospital, but he’s really good friends with Braeden.

Former Seattle Seahawks player Michael Robinson grew upwatching The Young and the Restless. According to USAToday, he told NFL Access it was his guilty pleasure.

When my mom and dad were getting divorced and I was a young guy, about five or six years old, I remember going to my babysitter’s house,” he said. “In Richmond, Virginia, Y&R came on after Divorce Court. I remember watching Divorce Court expecting to see my mom and dad. I didn’t get a chance to see them so I just sat around and watched Young and the Restless.

RELATED: ‘The Young and the Restless’: Eric Braeden Almost Ditched His Role as Victor Newman