This Is Us star Chrissy Metz is one of the hit show’s fan favorites. Playing Kate on the series, the beloved actress has realized a level of success and fame she was sure would never happen.

She was asked to pen her thoughts on what she would tell a younger version of herself, her teenage self. This is Chrissy Metz. 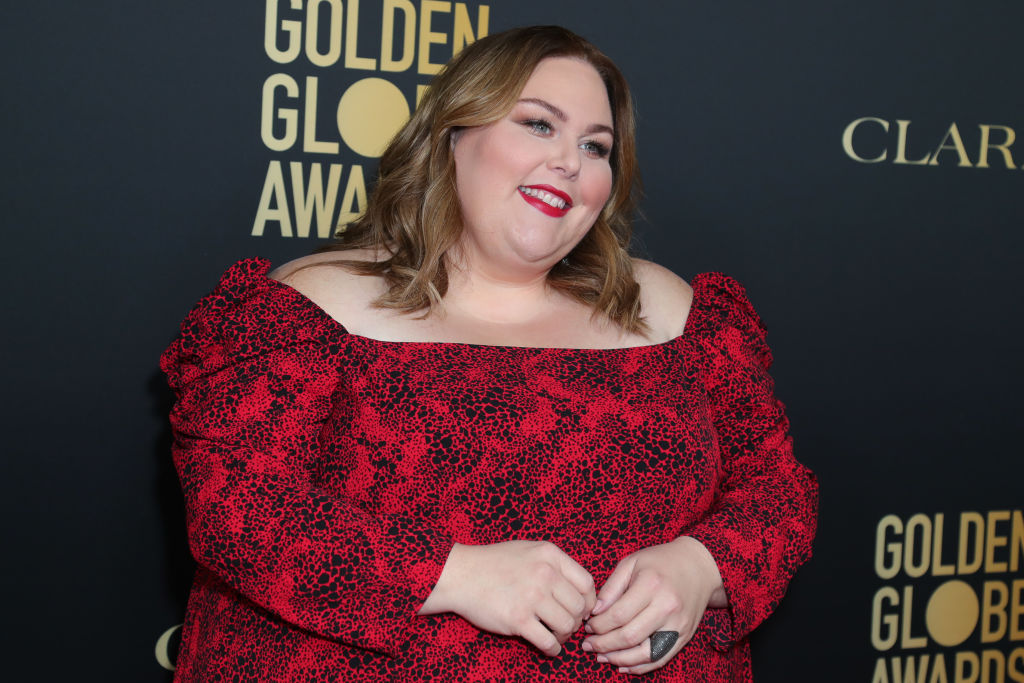 RELATED: ‘This Is Us’: Milo Ventimiglia Says Jack Is Hard to Live Up to — But He’s Up for the Challenge

The words Chrissy Metz would speak to her teenage self

Named one of People’s Most Beautiful People of 2017, Metz was asked at the time what she would tell her younger, teenage self.

Y’all, @ElleUSA’s #SongAssociation really brought out my competitive side. ? Here’s a little glimpse into your girls musical mind ? Link in bio & story. Thanks to Elle for letting me play! #SecondPlace ?? #IGotTheSilverYall #IWantedToWin

RELATED: Sterling K. Brown’s Wife Shares the ‘This Is Us’ Star’s Love Language

“You are just as important and beautiful as Amy, the most gorgeous cheerleader in your entire school, even if your hair isn’t the perfect natural shade of honey blonde or because your clothes aren’t from Guess or that your curves look VERY different from hers.”

The actress went on in her note to explain the problem with comparing one’s self to others: comparisons will always be incomplete, and unfair.

Where do you find your joy while navigating the uncertainty? My go to is music! If you need a lil’ lift in your spirits, check out my #FeelGood playlist now: link in bio & story ?

“Contrary to the bill of goods you’ve been sold, life is not a competition. Stop comparing yourself to anyone or anything. We are all on our own journey and YOU are the driver.”

“There will be bumps in the road, detours to be taken and pit stops will have to be made, but you’ve got to fill ‘er up and keep going. You will lose your map, but never your intuition.”

Her painful relationship with her stepfather

The 39-year-old talked to NPR in 2018 about the hardcover publication of her memoir, titled This Is Me. The actress discussed her hurtful relationship with her stepfather, who she calls Trigger, and with whom she says she now gets along. In her memoir, she described a particularly humiliating experience Trigger would force her to regularly endure.

I don't only act like a fool on #AprilFoolsDay… take a look into what happened behind the scenes of recording #TalkingToGod… ? New song out Friday! Pre-save & pre-add now: link in bio. ?: @emmagolden

“When I was fourteen, Trigger began weighing me,” she wrote. “He’d get the scale from the bathroom and clang it hard on the kitchen floor. ‘Well, get on the damn thing!’ Trigger would yell. ‘This is what you need to know.’ ”

Once the number on the scale showed up, Metz writes that her stepfather’s reaction was rarely positive.

” ‘Good God almighty!’ he yelled every single time. The number then was about 140 or 130. Most of my friends weighed about ninety pounds. ‘Why are you getting fatter?’ he demanded.”

She told NPR,”It was really difficult to write about my stepfather, and I hummed and I hawed about it. And I was like, “Is this important? . . .” And the whole intention was that that chapter was about forgiveness, and it doesn’t matter. I mean, yes, people can do some really terrible, hateful, seemingly unforgivable things, but I think that forgiveness is so important and if not for the other person, but for yourself. . .”

Metz was an agent before becoming an actress

In her struggle to get acting work, Metz became an agent’s assistant, and eventually an agent. At the time, she considered it a waste of time but now is grateful for the skills she learned and continues to use in understanding contracts and the general entertainment business.

A little #fbf with my iPhone 4 camera ?

“It’s seemingly self-serving,” she told NPR, “but what I came to understand, through nine years of being a junior agent and then an agent, was that I learned so much about the business. It feels so empowering when I’m in a meeting where I look at a contract and I know how to read the verbiage, and I’m like, “Oh no, no. Not this.”

RELATED: ‘This Is Us’: Why Kate’s Weight Isn’t the Real Issue With Marc, According to an Expert