THIS Morning was plunged into chaos today as Spin to Win broke AGAIN.

The competition – which involves simply spinning a wheel with competition prizes on it – went wrong in a whole new way today when it got stuck in the ceiling and wouldn't come down. 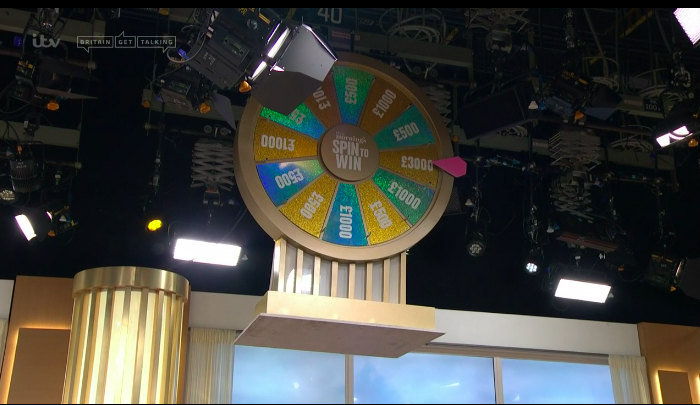 Phillip Schofield had to resort to trying to spin the wheel while up a ladder before the show's editor forced him to get down for "health and safety".

"It won’t come down," Phil laughed as he climbed to the top of the ladder while ignoring the producers in his ear.

"The trouble is in the world we live in now no one can hold the ladder that I’m up," he added before the show went to a break.

Quick-thinking Holly came up with a plan to make the competition work during the break. 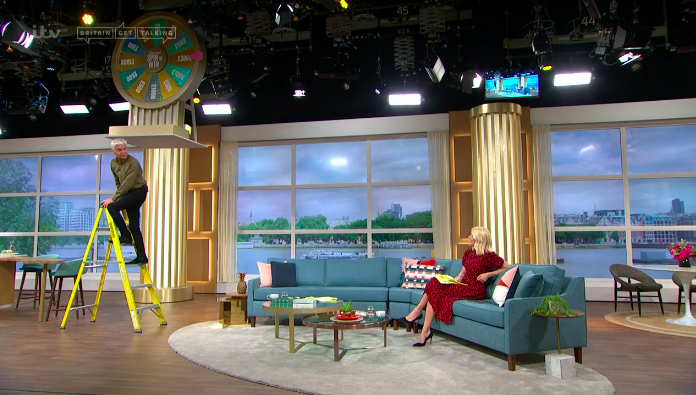 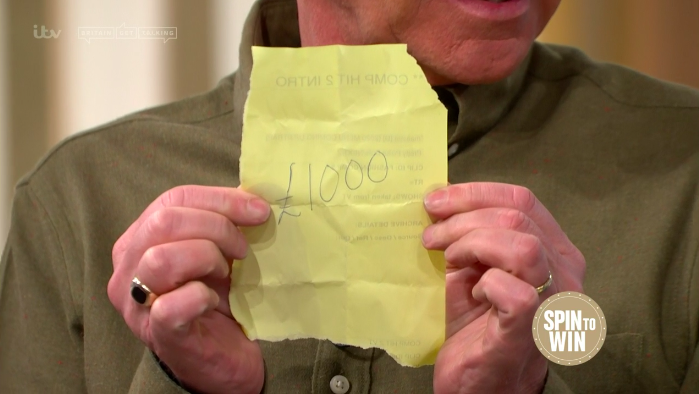 She wrote the prizes on a piece of her script and ripped it up and put them in a bowl to turn the game into Dip to Win.

Fortunately when they called, Sandra from Tewksbury answered with the correct phrase.

Sandra won £1,000 in Dip to Win as Phil then opened up the others for “compliance”.

She also won a bag full of goodies but they couldn’t show it as the bag was also stuck in the roof.