We’ve all been looking for distractions during the coronaviruspandemic and resulting quarantines, which is part of the reason why the Netflixdocuseries Tiger King: Murder, Mayhem, and Madness has skyrocketedin popularity to become the most-watched show on television right now.

The main character of the show, Joseph Maldonado-Passage a.k.a. Joe Exotic, is entertaining enough to fill all seven episodes and then some. But fans are equally intrigued by some of the secondary characters, including Mahamayavi Bhagavan “Doc” Antle, one of Maldonado-Passage’s acquaintances and former business associates.

Tiger King makes it appear as though Doc Antle is running some sort of cult. But he went on record saying it’s all a fiction, including the testimony of one of his former employees and alleged ex-girlfriend, Barbara Fisher. 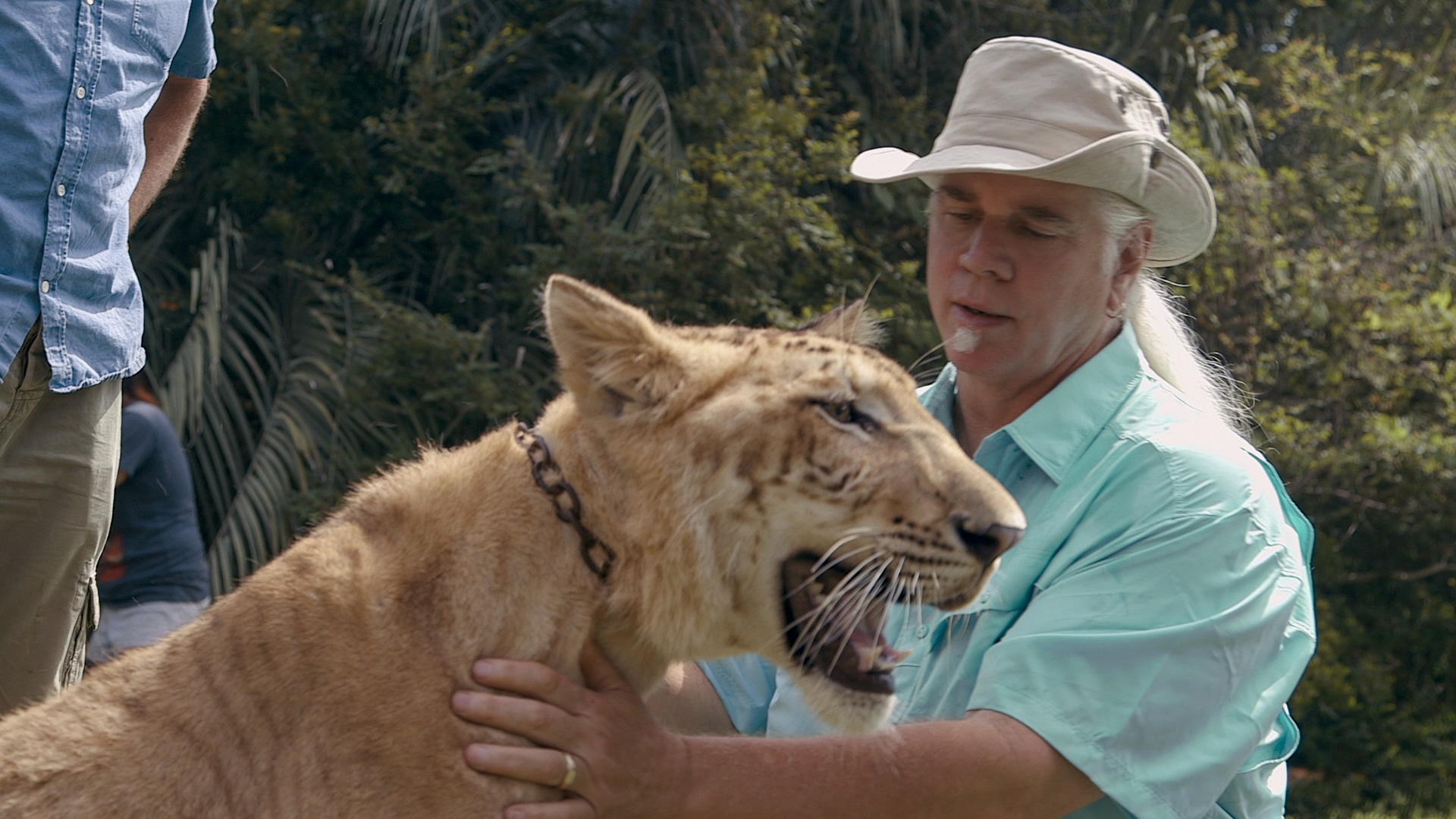 Antle owns a 50-acre wildlife preserve in South Myrtle Beach called The Institute for Greatly Endangered and Rare Species (or T.I.G.E.R.S.), plus runs the Myrtle Beach Safari Tour where people can interact with wild animals. Based on the footage from the docuseries, Antle has one of the more upscale and well-tended operations, at least on the surface.

It’s impossible not to notice the employees working for Antle. All are scantily clad, attractive females who have their own homes on the sprawling property. The T.I.G.E.R.S. owner refers to one of the workers as his “long-time girlfriend/partner” in the series, but later insisted he’s not running some sort of harem.

When it comes to relationships, Antle presents himself assolidly single. “I am absolutely not married nor have I been since my wifedied over 20 years ago now,” he explained inan interview with Oxygen. “I’m not married and I certainly don’t havewives. I certainly am a single guy and I live in a house by myself.”

I just had my 60th birthday. I wanted to come hang out with one of my favorite big cats, Apollo here is only five years old and already weighs over 900 pounds and stands 11.5 feet tall on his hind legs. When I asked my partner Moksha what her favorite thing she learned about ligers over the last 20 years of hanging out she said “he’s bilingual as he speaks both lion and tiger” She doesn’t look 40 does she. The world largest cat. Over 900 lbs and 11.5 ft tall.

Antle slammed the testimony of Barbara Fisher, previouslyknown as Bala

A huge reason Antle got such a negative reputation following the release of Tiger King was because of damaging testimony from former employee Barbara Fisher. Fisher claimed that Antle recruited her to work on the preserve when she was a teenager and that she endured horrible treatment there, including working long days without breaks and being encouraged to enter a sexual relationship with Antle.

In Tiger King, Fisher said to make be successful at Antle’s preserve, the women would have sex with him. She also asserted that he preferred being the first sexual partner to create a “bond” and “could get them to do anything.”

Antle strongly refutes the claims. He told Oxygen that Fisher’s testimony is untrue, saying: “[These are] the ramblings of a crazy child who has a lot of, in my opinion, issues and somehow those have boiled up.” Antle also said Fisher worked for him as a babysitter, not an animal handler, and that “maybe she thinks she was passed over or something.”

Fisher fought back against Antle again after his response

But even though Antle denied the claim, Fisher didn’t go away quietly. She told Distractify, “Calling people who criticize or (even disagree with him) ‘crazy’ is a boilerplate response from Bhagavan. When any of my friends asked what I thought his response might be before the release of the documentary, I said ‘He will call me crazy and try to minimize my involvement.’ That is exactly what he has done.”

But Antle is insistent he’s justa regular guy running a nature preserve and animal sanctuary. “I’mwhat they call ‘OFG’ these days: old, fat, and grey. I embrace that characterand I am not chasing down women. Twenty years ago I was more of a dashingfellow but even then I was ultra-conservative,” he said. “Thecultiest thing about us is that I totally believe that yoga has helped me staylimber and strong and made my life a better thing,”

It’s hard to separate fact from fiction in the docuseries,which is a huge part of what makes the whole thing so fascinating. There’s agood chance we haven’t seen the last of this saga yet.