Tom Hanks has been Hollywood’s Mr. Nice Guy since ’80s comedies like Splash and Big. Even when he did dramas, he’s been loveable Forrest Gump, a tragic AIDS victim in Philadelphia, a war hero in Saving Private Ryan. Heck, even as a hitman in Road to Perdition he was a loving father. And as a Death Row warden in The Green Mile, he was pretty sensitive. A Beautiful Day in the Neighborhood cast him as Mr. Rogers himself. 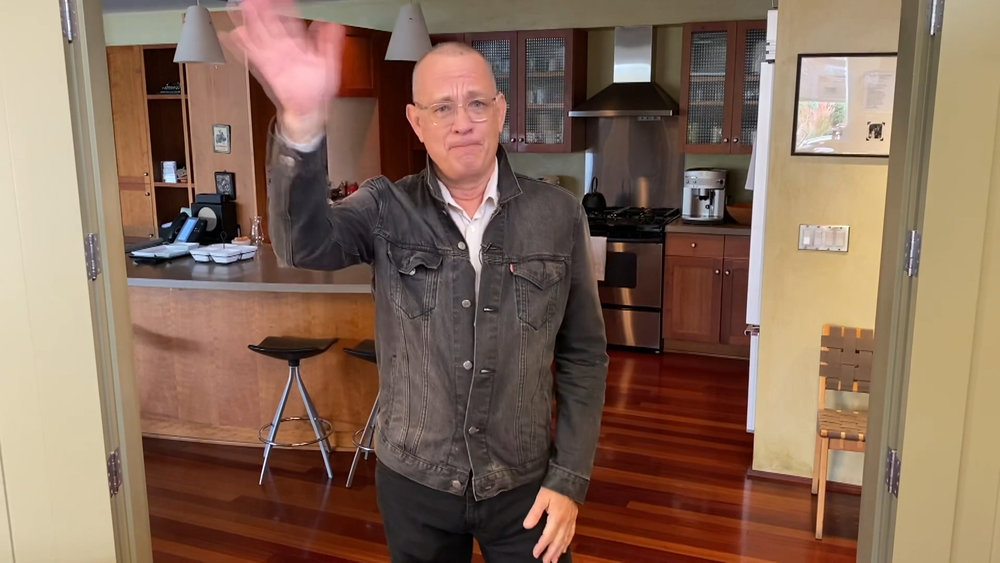 All this is to say, you don’t really think of of Hanks being a macho tough guy.  He does have his manly interests though. On an appearance on NPR’s Wait Wait… Don’t Tell Me! Podcast on April 18, Hanks bragged about his ‘masculine man cave.’

When Hanks hosted the first SNL At Home, fans wondered if he was standing in front of his real kitchen. Hanks revealed he was not. That was not the kitchen he shares with Rita Wilson. However, Hanks does own that kitchen, and it’s part of his private man cave.

“That was my abandoned office that is 10 minutes away from my home,” Hanks said. “What you’re seeing down there truly is my taste in decoration, not my wife’s taste, yes. It is me, baby. That is my big masculine man cave.”

Hanks went on to describe the background on display on Saturday Night Live. Astute viewers may notice some of the acoutrements that define Hanks’ man cave. 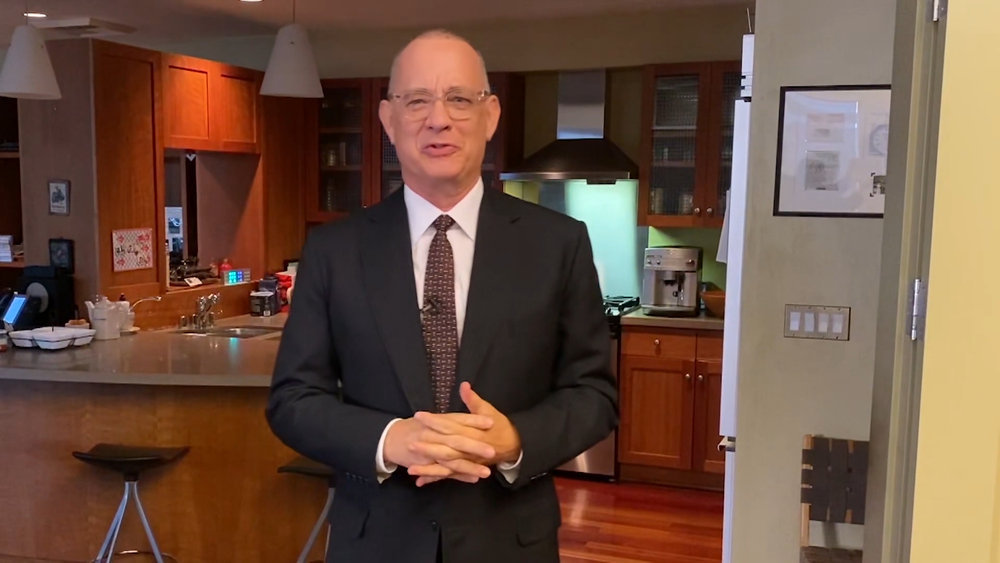 “You should’ve been able to tell by the fabulous one button only cappuccino espresso maker that was over my left shoulder,” Hanks said. “That is my crib and I am proud of it.”

Tom Hanks will leave his man cave to give blood

Hanks and Wilson were the first celebrities to test positive for COVID-19. As survivors, their blood contains antibodies that could be useful in finding a vaccine. Hanks pledged to leave his man cave and donate his COVID-19 resistant blood.

“We just found out that we do carry the antibodies,” Hanks said. “We’ve not only been approached, we’ve said, ‘Do you want our blood? Can we give plasma?’ In fact we will be giving it now to the places that hope to work on, what I would like to call, the Hanksine.” 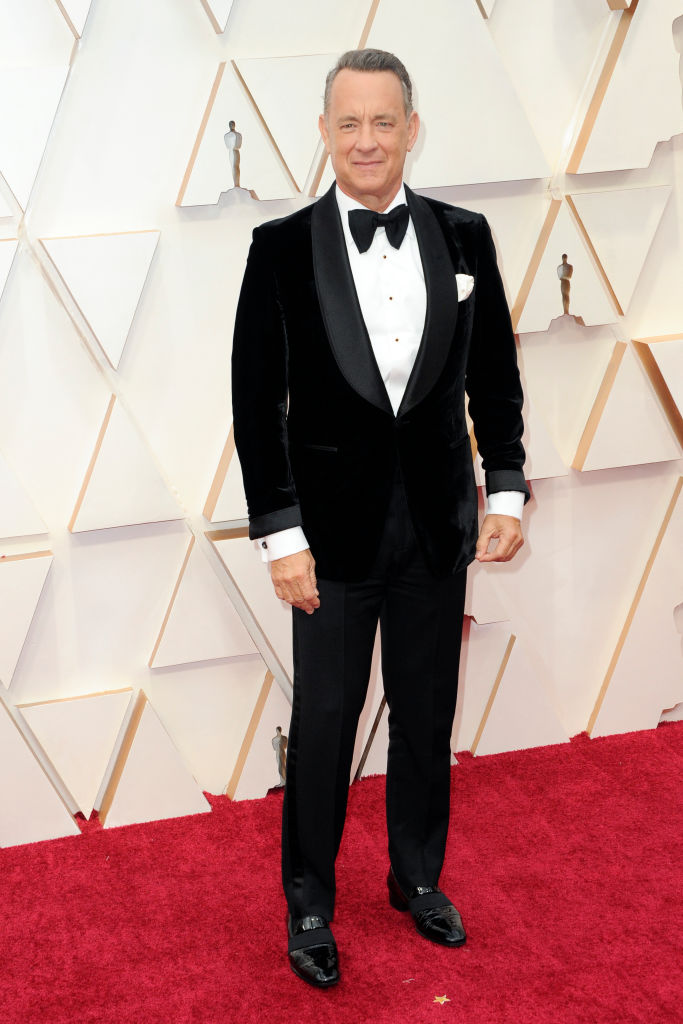 As long as they name it Hanksine, Hanks said you can have his blood for free.

“I’m not trying to hog it with a copyright,” Hanks joked. “I’m not going into the patent office.”

Hanks and Wilson spent 14 days in quarantine in Australia, where Hanks was filming the Elvis movie. They showed how well they adjusted, posting social media content like Wilson’s rap video and Hanks’ vegemite breakfast. Now that they’re home, Hanks is keeping busy in either his house or his man cave office.

“I find that something different has happened about every 20 minutes,” Hanks said. “I’ve done the Marie Kondo-izing of much of my life I must say. I found this microphone. That’s one thing. I didn’t even realize I had this microphone somewhere. It was in the original box so I pulled it out. I got to say, if I win one hand of solitaire, I immediately try to see if I can get two in a row. So I’m busy. I am really, very busy.”