Tom Hanks on ‘hardest thing’ about Toy Story in 2001

Tom Hanks voiced the loveable toy cowboy Woody for four films which were released over 20 years. The iconic film was the first entirely computer-animated feature film as well as the first from Pixar. Although it made history within the film industry, Tom Hanks previously opened up about the challenges they faced when recording the voices for the characters.

During the mid-90s, people across the world were getting ready for the first full-length film made entirely by new computer animation.

Toy Story excited and shocked viewers with its groundbreaking visuals and was a huge success which led to three sequels that seemed to just get better with time.

The creators, writers and producers of the films were changing how animation worked and looked, but their popularity relied just as much on the marvellous voice-over cast.

At the centre of it all playing Woody, the cowboy was, of course, Tom Hanks, who looked back on his time playing the cheeky character in the second film. 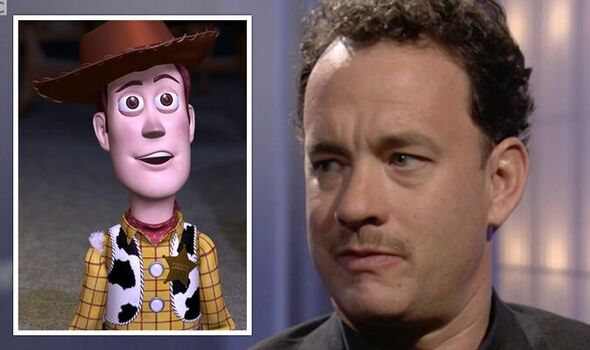 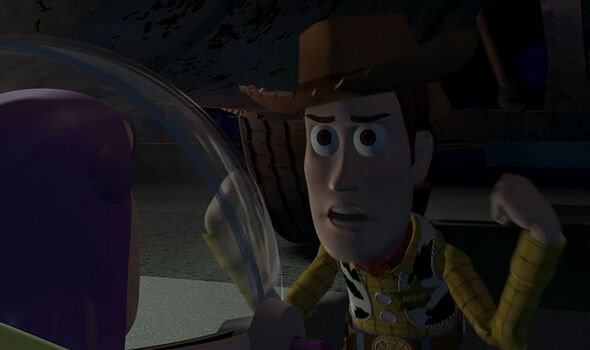 In a previous interview with Mark, Cousins Tom revealed: “On both those Toy Story movies, they take about two and a half to three years.

“So you go in for a day for about five hours, and you record, then six months later you’re going to record again.

“A lot of the time, the story is in flux, the movies are changing, so you go in a re-record some things you did, new scenes are added, or scenes are being re-written.

“You kind of go in and record over the vision of the movie, five or six times over the course of three years.” 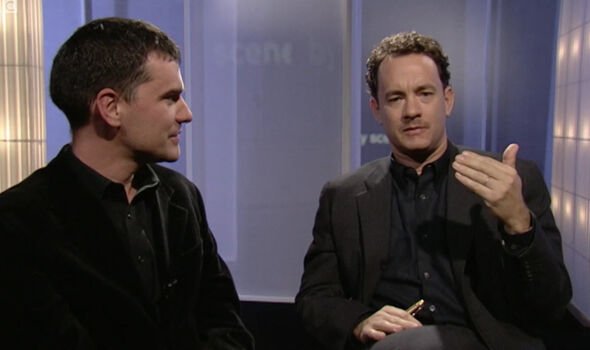 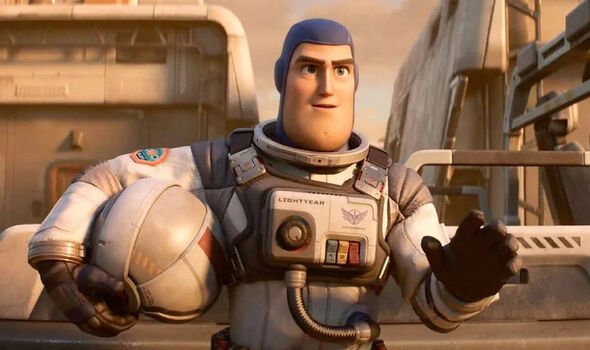 He opened up on what he thought was the “hardest” aspect of working on voice acting and admitted: “I think it is the hardest work you can have as an actor.

“There is absolutely no physicality to it, you’re rooted in front of the microphone, but they do help you out because the guys from Pixar are always there providing the other voices.

“They also have some props, they are videotaping you all the time that you are doing it so that they can get some ideas on how to get it animated.”

Tom Hanks has had major success outside the franchise of Toy Story, starring in iconic roles such as Castaway, Saving Private Ryan, Forest Gump, Apollo 13 and Turner and Hooch.

Toy Story has been a major success for the past 20 years and a spin-off has recently been made about Buzz Lightyear, played by Tim Allen.

The movie is an origin story for Buzz, with the title card reading: “In 1995, a boy called Andy got a Buzz Lightyear toy for his birthday. It was from his favourite movie. This is that movie.”

The film then sees Buzz, together with a gang of aspiring space rangers, try to find a way back home after becoming marooned on a hostile planet millions of light-years from Earth.

Its concept differs from Toy Story in that it tells the story of the original Buzz Lightyear character, being voiced by Captain America actor Chris Evans.

Lightyear had a mixed review from its viewers, with many taking to their Twitter accounts to discuss their thoughts.

@Mollaa_Mae commented: “Omg, my inner child is SCREAMING! I loved Lightyear so much! Missed Tim Allen but Chris Evans smashed it!”

@PaulyPaulerson added: “Lightyear has been a highlight of my year. Such a treat to finally get a backstory for the character and was a delight to watch.”

However, not all felt the same, with Jake Kingsley quipping: “Should have left Toy Story and Buzz alone. Such a let down and wasn’t needed.”

Cindy Cranes agreed: “Hate to be a disappointment, BUT Lightyear just wasn’t for me. It was too long and didn’t really add much to the Toy Story series.”