Vikings has become one of the most popular shows on History and Amazon Prime as it features some intense battles and gives insight into real Viking ways. The series, which first started airing in 2013, was written by Michael Hirst and it was filmed in Ireland for the most part. The show has many dedicated fans but some of them may not have spotted the following plot holes and cameos, and Express.co.uk has highlighted them.

The series is known for featuring a few famous faces from other walks of life, and one of those is the Toronto Blue Jays third baseman Josh Donaldson.

The sportsman stars in the season four episode called Revenge, and he plays a Viking in a scene where shieldmaiden Lagertha (played by Katheryn Winnick) is making a sacrifice to the gods.

Donaldson said he was a huge fan of the show and the crew had made plans to feature him in a cameo role as Hoskuld, a Viking warrior of great skill.

Also, WWE star Adam Copeland joined the cast as Kjetill Flatnose in season five, and he has become the prime suspect behind Floki’s (Gustaf Skarsgård) disappearance.

In the wrestling world, he is known as “Edge” and fans can enjoy plenty of videos of his fights on his Twitter feed. 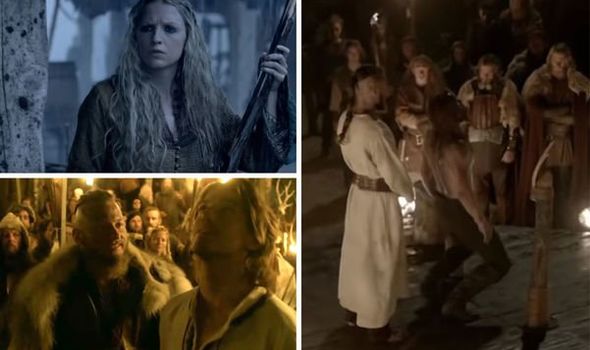 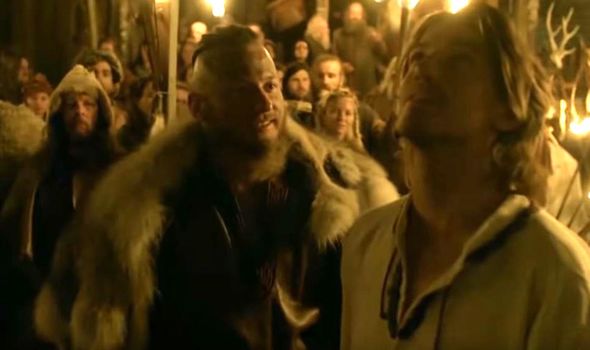 Russia had not been named yet

The crew has tried to follow the history of Viking sagas to make the series as accurate as possible, but a few historical inaccuracies have appeared throughout.

In the first series episode called Right of Passage, there is a plan to raid Russia, but there was no ‘Russia’ as such at the time.

Fans have pointed out it would be several hundred years before Russia became a common name for the land.

In the episode, Ragnar Lothbrok (Travis Fimmel) says they always raid the same place, which suggests they have been there before and have been calling it Russia for some time.

The Russian reference could have been used to give viewers some perspective in terms of geography, as they say it is in the East. 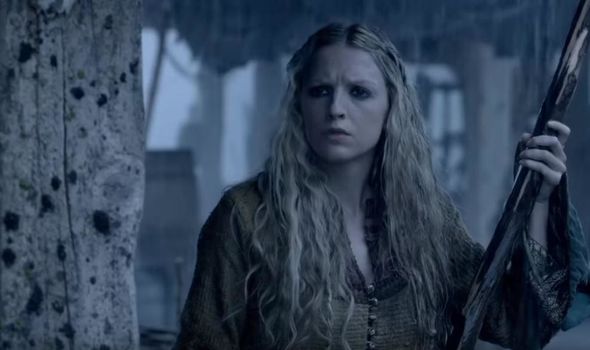 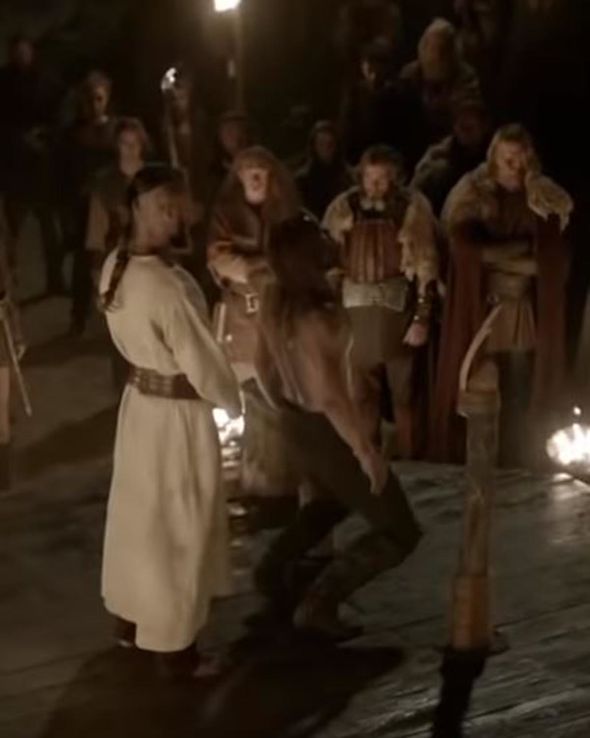 The rain is not always real

There are some intense scenes throughout the series and they usually involve a heavy downpour of rain – but this is no coincidence.

For some of the death scenes and storylines where characters are cast aside, the rain is created artificially to add drama to the scene.

An example of this is the season three episode titled Scarred, which sees the demise of one of the characters Burgred (Aaron Monaghan).

There is a huge downpour during the episode, and the term pathetic fallacy is used to describe how emotions are portrayed through the weather.

Rain is often used in solemn or distressing scenes, but if you look closely there is no rain making contact with any of the surface water in the episode.

This shows the rain has been added in for dramatic effect.

DON’T MISS…
Vikings season 6: Does Ubbe want to be king of Kattegat? [INTERVIEW]
Vikings season 6: When does Bjorn die in the series? Actor posts clue [INSIGHT]
Vikings: Was Sigurd Snake in the Eye a real Viking warrior? [INSIGHT]

Vikings was not the original title

Fans may be surprised to hear the title, which has now become a household name, was not planned to be the original title for the series.

Vikings has become so iconic and the name is familiar to people in all corners of the world – but the series was going to be called Raid instead.

Both titles are keeping things simple, but fans are pleased the decision was made to go with the second option.

The name has become famous across the world with star Winnick speaking in a recent interview about her travels in Argentina and everyone knew the drama.

In the series the Vikings do not actually refer to themselves as such until much later on, which could be why the other title was suggested.

The blood eagle was a real punishment

There are some intense and disturbing rituals throughout the series and one of the most violent and most talked-about is the Blood Eagle punishment.

The horrific punishment involves slicing open the victim’s back and pulling out their insides to form the shape of wings, and this is all carried out while the person is still alive.

Some fans may have thought this ritual was created for dramatic effect, but it was in fact a true act performed on victims at the time, and it is mentioned in many Viking sagas.

Even some kings suffered this horrible fate, which had fans squirming when it was first performed in episode seven of the second season of Vikings.