AMC horror drama The Walking Dead has seen characters come and go over the years such is the fragile balance of life and death in the zombie apocalypse. The most recent episode of the AMC drama saw yet another character getting killed off in the form of Savior Laura (played by Lindsley Register). But why did the actress depart from the show? Here’s everything you need to know about the character and actress’ exit.

Why did Lindsley Register leave The Walking Dead?

The most recent episode of The Walking Dead was called Stalker and saw Daryl Dixon (Norman Reedus) and the other members of the communities trying to escape from the Whisperers.

However, the Whisperers appeared to be fighting back as Beta (Ryan Hurst) invaded Alexandria in a bid to retrieve Gamma.

Beta was acting on orders from Whisperers’ leader Alpha (Samantha Morton), who firmly believed Gamma was a spy and now betraying her to the other side. 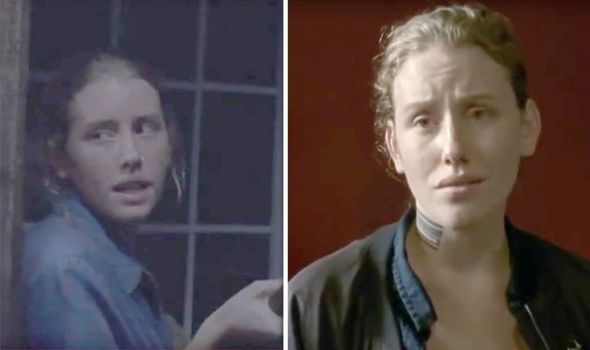 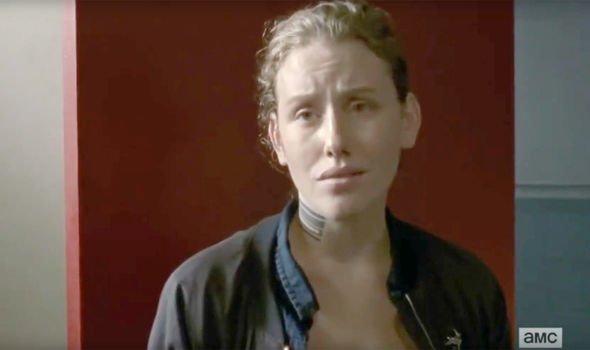 Laura tried to stop Beta from getting to Gamma but she was thrown against the cell door by him, seemingly getting killed by the impact.

Some fans aren’t convinced Laura was killed off and think she could live to fight another day.

While the show didn’t confirm the death, the reformed Savior appeared to have met a tragic end after changing her ways.

The post read: “HUGE round of applause for Lindsley Register (@LindsleyRegi) for her portrayal of Laura from S7E3 to S10E10 of #TheWalkingDead!” 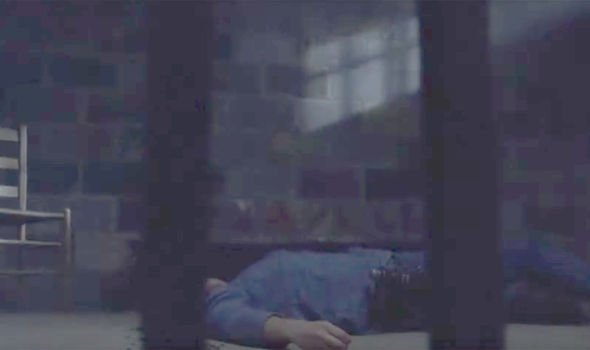 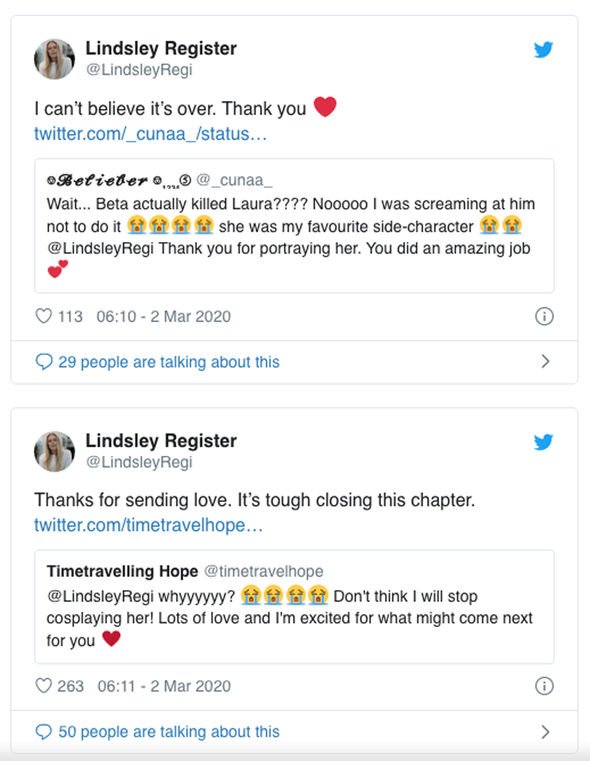 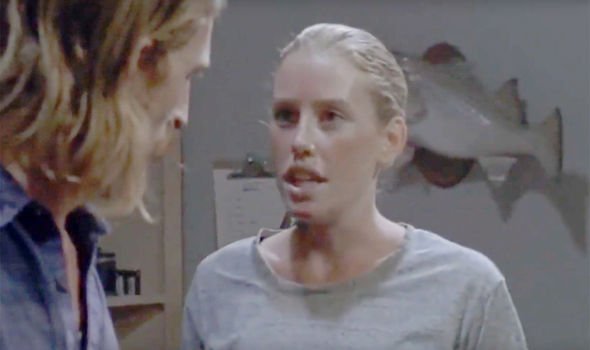 Laura has been part of The Walking Dead since season seven when viewers were first introduced to Negan (Jeffrey Dean Morgan) and his followers the Saviors.

During her time on the show, Laura went from one of Negan’s most trusted advisors to a member of the Alexandria Safe-Zone residents and serves on the leadership council.

Laura also wanted to build a lasting peace between the Alexandrians and the Saviors, often serving as a mediator between the two sides.

She formed a firm bond with Eugene Porter (Josh McDermitt) but sadly he last moments were spent without him.

Sadly, no reason has been given as to why the character or indeed the actress left the show.

However, actress Register has been retweeting posts from fans lamenting her demise.

She also responded to some fans, simply posting in response to one tribute: “I can’t believe it’s over. Thank you.”

To another, she said: “Thanks for sending love. It’s tough closing this chapter.”

Judging from her reaction, it seems it was tough for Register to bid farewell to her character and work on the series.

The decision of the character to be killed off seems to lie in the storytelling rather than the actor.

Laura is likely to be the first many of characters who will be getting the chop in the fight between Alpha and the Alexandrians.

She’s not going to be the last but just how the battle between the two sides ends remains to be seen.

One person who seems to be playing both sides is Negan after he appeared to defect to the Whisperers.

Although Beta questioned his motives and loyalties, he seems to have proved himself to Alpha.

The Walking Dead season 10 continues on AMC on Sunday and Fox UK on Mondays.