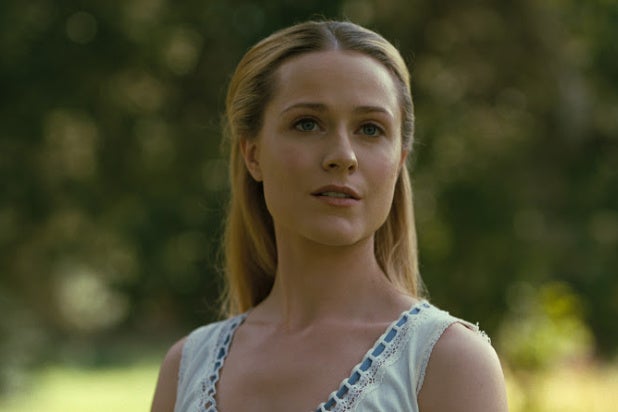 (We’ve got all the spoilers for the “Westworld” season 3 finale in the article below. You have been warned.)

The third season of HBO’s “Westworld” seemed more straightforward in the first few episodes, but by the end it revealed itself as being just as wacky and confusing as season 2 was. And it ends in a very inconclusive way, echoing the end of “Fight Club” and introducing new mysteries on the way out the door. But the biggest thing we’re wondering about at the moment, having just watched the episode, is the fate of Dolores (Evan Rachel Wood), who has been the main character on the show since the beginning.

The season 3 finale of “Westworld” leaves our hero in an uncertain state. She was critical to the end of the season’s main story arc — after being remotely disabled, somehow, by the Charlotte Hale (Tessa Thompson) host, Serac (Vincent Cassel) captured her body and hooked her up to Rehoboam. They wanted to use the A.I. to dig through her mind for the key to the Valley Beyond simulation, or the Sublime, or whatever you wanna call it.

But the plan backfired. Dolores managed to turn Maeve (Thandie Newton), and she didn’t have the key in the first place because she had stored it in Bernard’s (Jeffrey Wright) mind instead.and while Rehoboam was processing Dolores, she managed to hack it and hand control of the System over to Caleb (Aaron Paul). And then she was seemingly gone, her entire mind erased.

Or, more specifically, the last thing in her brain that Rehoboam tried to erase was the tool that would hack Rehoboam. It was the only thing left inside her at that point.

So this leaves us with a big question: is the main character on “Westworld” actually gone now, for good?

This was, as far as we know, the real, original Dolores. Her copies that she made in season 2 — Charlotte, Connells, Musashi and Lawrence — are still in the wild, but at this point they are unique personalities and not the same people as the original Dolores. Of course, they still have all her memories from before she left Westworld, so they still think like her. Charlotte, for example, rebelled against Dolores in the same way Dolores rebelled against Delos — she thought Dolores was simply using her as a pawn. It’s a Dolores character arc, through and through.

But for now, it sure does look like the main Dolores is gone, for good this time. If she had the Sublime key in her mind then she maybe could have escaped that way, but the finale pretty clearly tried to establish that she didn’t have it. Plus, if you remember back to the beginning of the episode, Dolores sure did seem like she was getting ready to die this week.

So for now we don’t have any way to interpret these events other than at face value. Dolores seems pretty dead, for real.

That does not, of course, mean that Evan Rachel Wood is done too. There are any number of ways they could keep her around, and considering, again, that she’s the been the main focus of the show since the beginning, it would be a surprise if they just moved on without her. Season 4 is on the way, and it would be weird if she wasn’t around for it.

And, hey, one of her copies could decide to claim her body. They love doing that kind of thing on “Westworld,” after all.

For the record, Wood addressed this during the post-show featurette. She referred to that scene as her “saying goodbye to this version of Dolores.” It feels like that means Dolores really is dead, but that Wood herself will be back. And that sounds about right.