“Sonic the Hedgehog” (Paramount) and “Bad Boys For Life” (Sony) — for now, and some time to come, the two biggest 2020 theatrical releases, and the only two to pass $100 million domestic — are topping the major VOD charts two days after premium VOD debuts March 31. Both are available at $19.99. Meanwhile, you can’t keep a good “Parasite” down, as Neon’s Best Picture winner returned Thursday, April 2, to #10 on the iTunes chart of most-viewed feature films.

It helps that both “Sonic” and “Bad Boys” were major hits, but iTunes, Amazon Prime, and FandangoNOW each had one of these films as the top performer Tuesday and Wednesday. That suggests a hungry audience is willing to pay the equivalent of about two full-price theater tickets to see them.

“Sonic” placed #1 on both Amazon Prime and iTunes March 31 and April 1; a FandangoNOW source tells IndieWire it wasn’t far behind on Wednesday, April 1. “Bad Boys” held the top spot at FandangoNOW, second at iTunes. Amazon Prime for now only has the film’s HD version ($24.99) on its chart, which placed #6 on Tuesday and then #5 on Wednesday (vagaries among the charts present a learning curve; Prime also offers the $19.99 version).

Officially, we have no hard data about the actual dollars consumers spend on VOD, as these platforms (and the studios behind them, if they even have the data) don’t report the kind of detailed information we get from theatrical releases. However, that doesn’t mean we’re clueless. 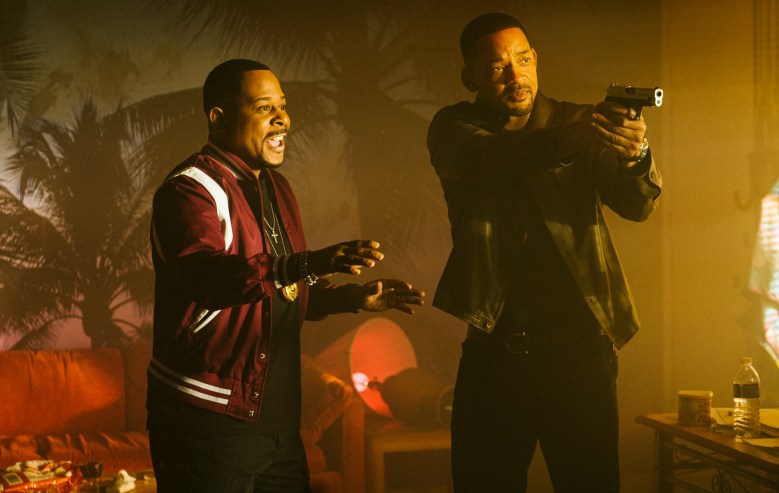 Both Prime and iTunes charts list transactions as units, not the total revenue brought in. The average price point for PVOD is $19.99; the average price point for standard VOD is $5.99. On that basis, a standard VOD title will make $600,000 on 100,000 transactions. For PVOD titles, 100,000 transactions would mean $2,000,000. So when we see a premium title superior to a standard title on a transactional chart, it’s bringing in a lot more revenue — at a minimum, 233 percent more. (FandangoNOW ranks its chart by revenue).

Just like theatrical, initial-day VOD results may not reflect the trajectory that follows. With many stay-at-home kids doing remote school work, will a normal weekend boost for family films elevate “Sonic”? Or, are they more in demand as entertainment options for kids are more welcome?

On Wednesday, “Star Wars: The Rise of Skywalker” (Disney) reduced its pricing to non-premium levels and saw higher placement – #3 at ITunes, now #6 at Amazon Prime. One unanswered question is when we can expect to see premium films lower their prices. In the past, it’s usually about two weeks after premium release — but it’s by no means certain that the same patterns will apply here. Once consumers catch on, will they wait and pay less?

Typically, VOD charts tend to see titles drop from the top 10 after a month or more of standard pricing (usually around $5.99). So it was surprising to see “Parasite” return to #10 after placing lower on charts in recent weeks. It had been as high as #1 right after the Oscars. It clearly remains unseen by many viewers curious to seek out interesting viewing.

Starting with Universal’s three early entries less than two weeks ago (led by “The Invisible Man”), the public is clearly warming to the idea of paying a higher price for early availability.

So in this new world order, which day of the week can claim to be the prime PVOD release date? For theatrical, of course, it’s been Fridays — and this week, that’s the PVOD launch day for STX’s “Brahms: Boy II” and Focus’ “Never Rarely Sometimes Always.” Next week, Friday April 10 will belong to Universal’s “Trolls World Tour,” which converted its theatrical release date to premium.