We haven’t even landed from Peter Weber’s season of The Bachelor, but the ABC reality franchise is already gearing up for The Bachelorette Season 16. A week before the grand finale, Good Morning America will reveal the new lead, meaning it’s not likely the final three women will take the role. So who is the next bachelorette in 2020? Bachelor Nation’s spoiler king, Reality Steve, recently unveiled a few names that could be in the running — and one familiar face that we probably won’t be seeing in the upcoming season. 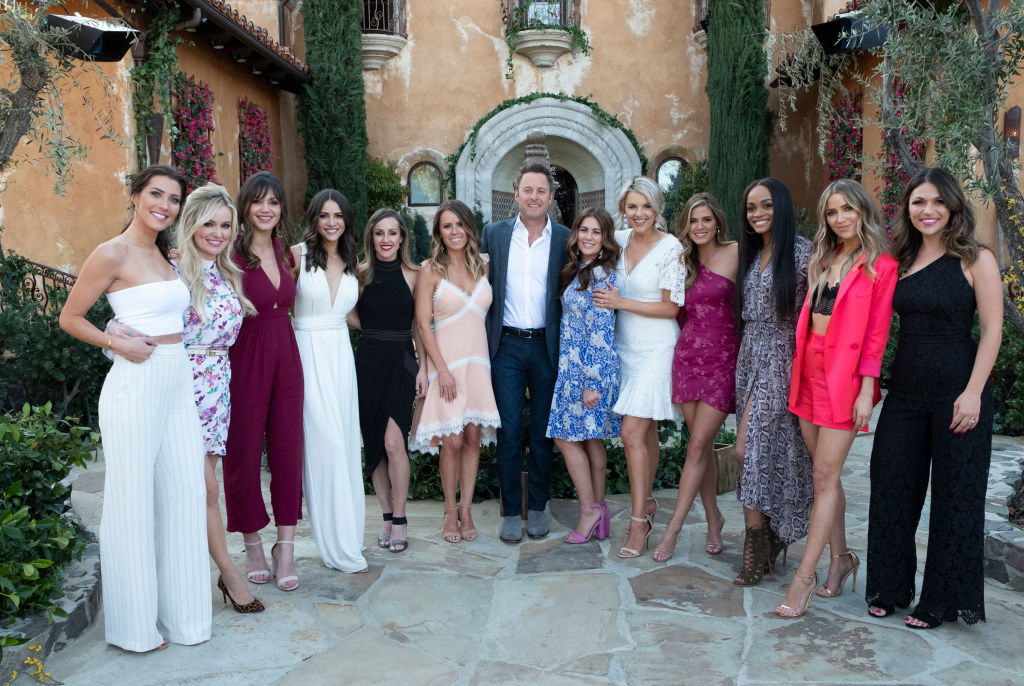 The GMA reveal for The Bachelorette 2020 will air on Monday, March 2. So fans will have to wait and see who The Bachelor franchise chooses as their next leading lady.

That said, on Feb. 26, Reality Steve shared three names who have had “formal interviews” to become the next bachelorette in 2020. The first listed is Kelsey Weier from Weber’s season of The Bachelor. Then Tayshia Adams from Colton Underwood’s season and Bachelor in Paradise Season 6 is named. And finally, Tia Booth from Arie Luyendyk Jr.’s season and Bachelor in Paradise Season 5 rounds up the trio.

“I’m sure there were more, but those three definitely did. I can’t tell you who they like better, like less, whatever,” Reality Steve wrote. “One thing I keep hearing is that they’re not gonna go with someone from Peter’s season. There may be something to that. I don’t know for sure. But those three women are in the running.”

Hannah Brown will not be the next bachelorette in 2020

if you like these, there’s more where that came from—like literally. I took a thousand photos flipping my hair back and forth yesterday. ??‍♀️

In the same blog post, Reality Steve addressed the possibility of Hannah Brown becoming the lead for The Bachelorette again. Many fans have been begging for the Dancing With the Stars champion to return to the dating franchise. However, it seems Brown turned down the role.

“Did they want Hannah Brown? Absolutely,” Reality Steve wrote. “She was their top choice but they couldn’t agree on money apparently and she’s out unless something drastic happens.”

Then on Feb. 28, E! News backed the Bachelor Nation blogger’s claims. The publication revealed Brown turned down The Bachelorette Season 16 because the pay wasn’t enough. Now, Brown is fully booked for the Dancing With the Stars stage tour, and she is ultimately unavailable to film the next season of The Bachelorette.

We all have our ups and downs and things in our lives that can weigh heavy on us. No one is exempt from this. But I hope you all have something in the midst of that -no matter what- large or small, that makes your soul catch fire and radiate out of your chest like sunbeams. So strong that others can’t help but feel it! Hold onto that. ❤️

Now, some Bachelor Nation fans seem to think Clare Crawley will be the next bachelorette for the 2020 season. Crawley is a contestant who has been in the franchise for some time.

She made her first appearance on Juan Pablo Galavis’ season of The Bachelor and became the runner-up. Then Crawley returned to the franchise in the first two seasons of Bachelor in Paradise and The Bachelor Winter Games in 2018.

The rumor about Crawley as the 2020 bachelorette started when a fan on Facebook shared the tea on a fan page. “CLARE CRAWLEY IS OFFICIALLY GOING TO BE THE BACHELORETTE!” the fan wrote. “They’re going to surprise her with the news on Ellen show next week and they start filming in 2 weeks.”

As ABC recently announced, The Bachelorette Season 16 reveal will happen on Good Morning America — and not The Ellen DeGeneres Show — part of this “spoiler” has been invalidated. Meanwhile, Reality Steve weighed in on the rumor via Twitter.

“I have no idea who this person is, why they’re reporting it, or if it’s even true. This was the first I’d heard of it,” the blogger wrote on feb. 27. “Guess we’ll see.”

Then on Feb. 29, Reality Steve revealed the rumor is true — Crawley is the 2020 bachelorette. He also addressed fans who have their doubts about the spoiler.

“I know those that don’t want Clare will say ‘but how do you know’ or ‘dont multiple people sign contracts, what if they change it’ and a bunch of other stuff,” he wrote on Twitter. “Don’t know what else to tell ya’. Guess you’ll have to wait 2 days, but it’s her and you’ll see Monday morning on GMA.”

Until the official announcement on March 2, the Bachelorette Season 16 lead has yet to be confirmed by ABC. So — like Reality Steve mentioned — fans will just have to wait and see what happens. But no matter who receives the title, the next bachelorette will hopefully bring on the romance and fun drama Bachelor Nation fans have so desperately missed throughout Weber’s season.

Read more: What Peter Weber ‘Copied’ From Hannah Brown’s Season of ‘The Bachelorette’