THIS weekend, musicians from across the continent would have put on their best performances for the Eurovision Song Contest 2020.

However, with the glittering international event cancelled due to coronavirus, last year's winner is still to hand over their crown – but who was triumphant in Israel in 2019? 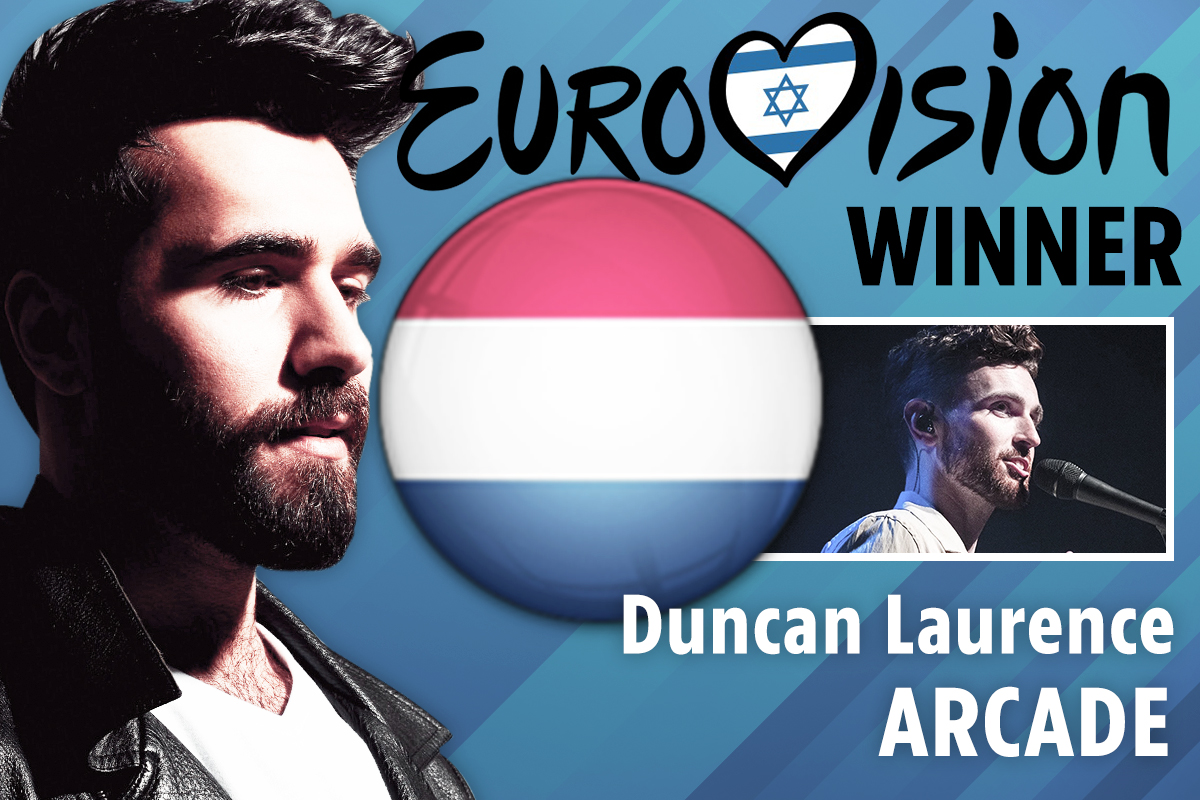 The winner of last year's Eurovision, held on May 18th, 2019, was Duncan Laurence for the Netherlands.

His song 'Arcade' received the most votes, garnering 492 points – and it was the first time his country had come out on top for 44 years.

The UK, who this year would have been represented by James Newman, finished in last place.

Michael Rice took to the stage to perform his song Bigger Than Us – and received just three points.

Here is the Eurovision 2019 results table in full: 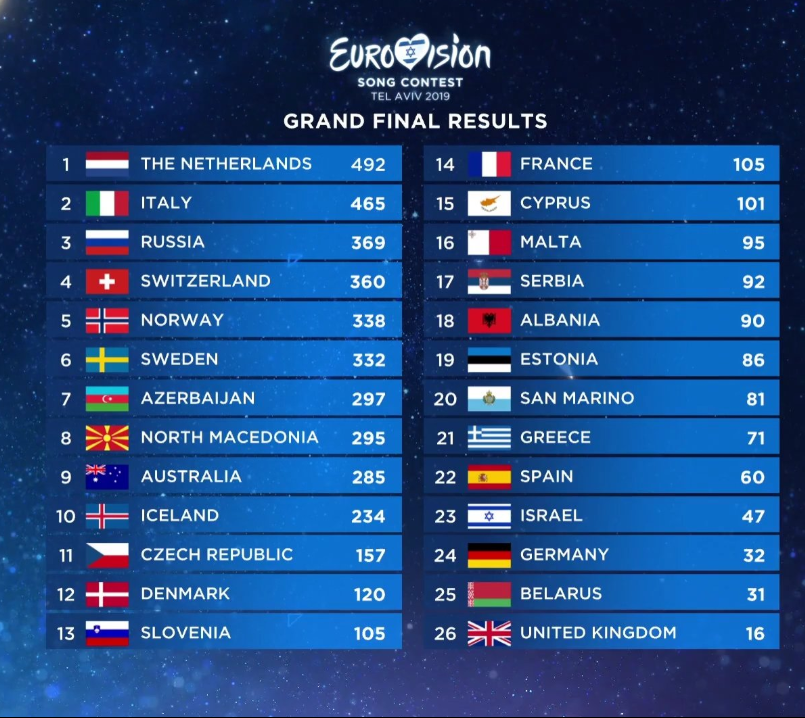 Last year's event was particularly memorable due to two controversies it generated.

Special guest Madonna and Iceland's act displayed Palestinian flags during their performances, despite the fact that Eurovision insists it is a non-political event.

Afterwards, the organisers announced that the legendary singer had been made aware of this, and revealed that the executive board will discuss the "consequences" of Iceland's actions.

Like previous winners of the contest, the 26-year-old Dutch singer would have been heavily-featured in this year's competition held in the city of Rotterdam.

However, he has still made the most of his year of glory – embarking on a tour of Europe in late 2019 and releasing his second single 'Love Don't Hate It'.

A concert in Amsterdam scheduled for March 26th, 2020 was cancelled due to coronavirus, and has been rescheduled to November 17th, 2020.

On April 29th, the star announced the release of his first album, 'Worlds On Fire', on May 13th – featuring third single 'Someone Else'.

At the same time, the song that brought him to global attention, 'Arcade', passed 100 million streams on Spotify.

Who won the Eurovision Song Contest in 2018?

It was Netta from Israel who was ultimately crowned champion, and her victory was the reason why the competition was held in Tel Aviv last year.

Meanwhile, Cyprus ranked in second place, with Austria just edging out Germany to finish up in third position.

It was bad news once again fo the UK, finished in 24th place following Surie's performance – which was disrupted by a stage invasion from protester Dr ACactivism.