The Marvel Cinematic Universe has not only revitalized the careers of several actors, including Robert Downey Jr., but it has given a platform for up and coming young stars to truly shine.

Young actors are not only given the chance to act in big-budget action scenes but often, they have the opportunity to engage in emotional, dramatic moments that tug at viewers’ heartstrings. This was the case for Lexi Rabe, a young actress who made waves when she appeared in one of Marvel’s biggest films, Avengers: Endgame.

What role did Lexi Rabe play in ‘Avengers: Endgame’? 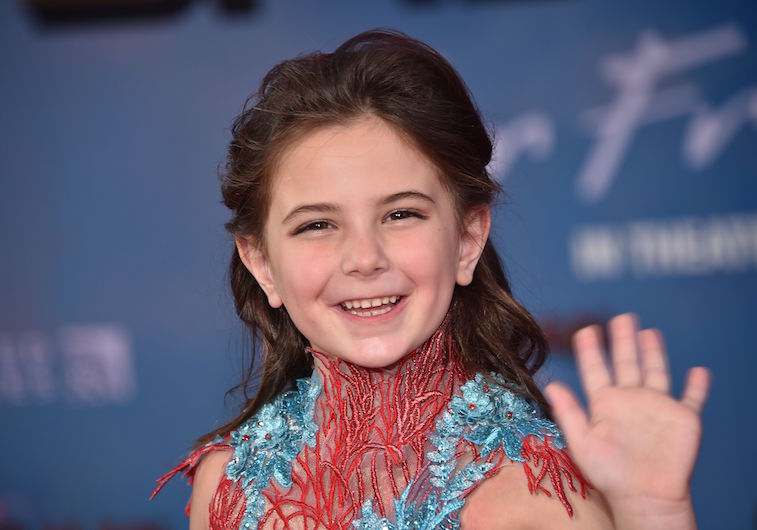 Avengers: Endgame was released in April 2019, and quickly became one of the biggest box-office releases of all time. The movie was the culmination of over 10 years of Marvel storylines and brought together superstars such as Chris Pratt, Gwyneth Paltrow, Jeremy Renner, Chris Hemsworth, Robert Downey Jr., Scarlett Johansson, Brie Larson, and Josh Brolin.

Not only did Avengers: Endgame feature some incredible action sequences, but it offered fans some truly emotional moments as well — scenes that are still being dissected online and in fan communities, and likely will be for years to come.

The star of the movie’s most emotionally-charged scenes was Lexi Rabe, a child actress who was cast in one of her very first roles as Tony Stark’s daughter, Morgan Stark.

The scenes that she shared with Robert Downey Jr. became some highlights of the movie, especially the moment when Tony Stark and his Morgan Stark exchange the endearment,”love you 3,000.” The line is now one of the film’s most popular catchphrases, and one that is known, loved, and repeated by fans all over the world.

Lexi Rabe opened up about working with Robert Downey Jr.

Lexi Rabe earned acclaim from both critics and fans for the work she put in on Avengers: Endgame. In spite of the tough nature of many of her scenes, in reality, Rabe actually had the time of her life filming the box-office smash.

As she admitted in a May 2019 interview with Fox, working alongside Robert Downey Jr. was an adventure unto itself. The actress, who was only five years old when she was filming Avengers: Endgame, said that working with the star was “extremely fun,” and that she spent time at his house before and during filming, hanging out with his children and “jumping on the trampoline.”

Clearly, the two formed an instant connection — as Rabe’s mother admitted, the young star ended up crying at the film’s premiere, she was so overcome with emotion at Tony Stark’s final scene. Robert Downey Jr., noticing her sadness, gave her a big hug to try to console her.

What other projects has Lexi Rabe worked on?

RELATED: MCU: Who Is the Richest Marvel Superhero After the Death of Robert Downey Jr.’s Iron Man?

Avengers: Endgame isn’t the only big movie that Lexi Rabe has appeared in. Also in 2019, Rabe appeared in the action fil, Godzilla: King of the Monsters, working with stars like Millie Bobby Brown, Vera Farmiga, and Kyle Chandler.

As she revealed in the same 2019 interview, Rabe also got some time to bond with Millie Bobby Brown, sharing some girl time and bonding over lunches. With several more movies in the pipeline for 2020, Rabe is just beginning her career, but she is definitely poised for success.

More recently, Rabe posted something cryptic on Instagram in response to a fan comment that could point to a big return for Morgan Stark in more Marvel movies to come – while the studio hasn’t confirmed anything, the possibility is certainly enough to get fans very excited. Stay tuned to Showbiz Cheat Sheet for all the latest Marvel news!