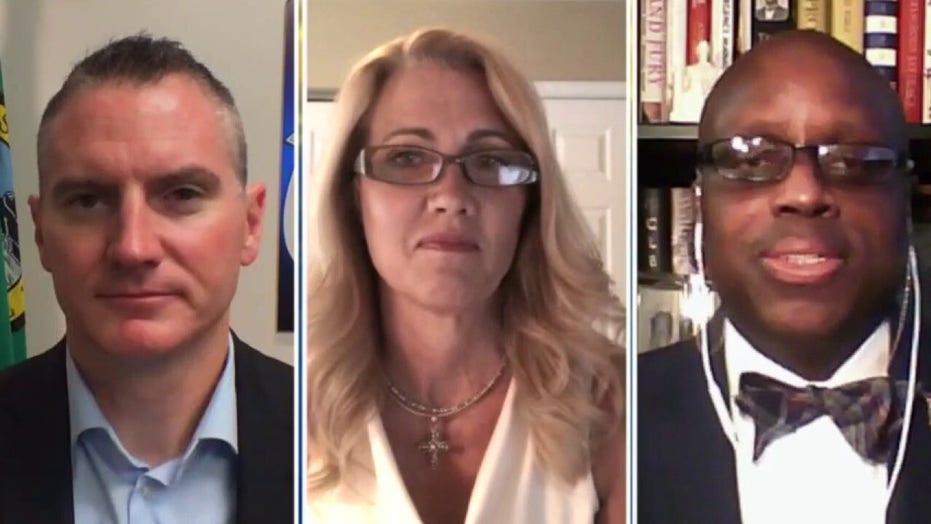 The panel on ‘Fox and Friends’ weigh-in.

More than 150 Minneapolis police officers have filed for disability claims, with many claiming post-traumatic stress disorder for their departures following weeks of soaring crime and unrest following the death of George Floyd, an attorney for the officers said Friday.

The claims come as the city experiences an increase in crime and elected leaders attempt to dismantle the police department and create a new public safety apparatus.

Attorney Ron Meuser didn't mention the death of George Floyd and the unrest that followed as the cause of the surge in disability requests but said the past two months have "pushed many officers to their breaking point." 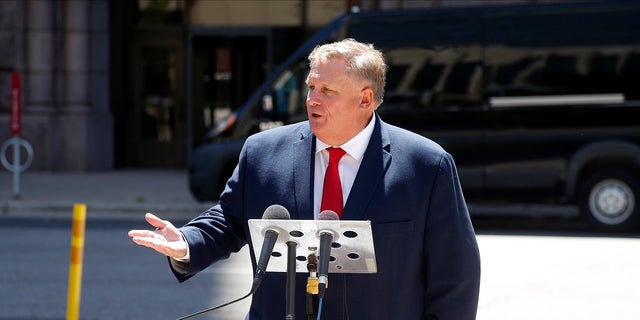 Attorney Ron Meuser, Jr. addresses a news conference across from Minneapolis City Hall on Friday where he discussed the alarming rate of Minneapolis Police Officers who are filing claims for Post-Traumatic Stress Disorder (PTSD). He said In the last six weeks, over 150 police officers have started the process of filing physical and mental disability claims, the majority of which encompass officers suffering from PTSD. (AP Photo/Jim Mone)

"I'm seeing PTSD symptoms of officers with highly diminished capacity to live and socialize, extraordinary rates of divorce, and alcohol dependency – just to cope. It is an emotional crisis that cannot and should not continue," he said in a statement.

Mayor Jacob Frey issued a statement saying that COVID-19 and unrest following Floyd’s death tested the community and officers in profound ways. He said cities need resources to reflect the realities on the ground.

“In the meantime, I am committed to supporting those officers committed to carrying out their oath to serve and protect the people of Minneapolis during a challenging time for our city,” he said.

Meuser said many of his clients were present when Third Precinct was abandoned as rioters closed in on the building during a chaotic night of unrest that ended with the police station set ablaze. He said some officers wrote text messages to their loved ones over fear they wouldn't make it out the station alive.

Others counted their ammunition in case they needed to shoot themselves, rather than be beaten to death, he said.

"They were left alone in the Third Precinct without support from city leaders," Meuser said. "Officers worked 12-hour-plus shifts for days upon days, without relief or clear leadership." 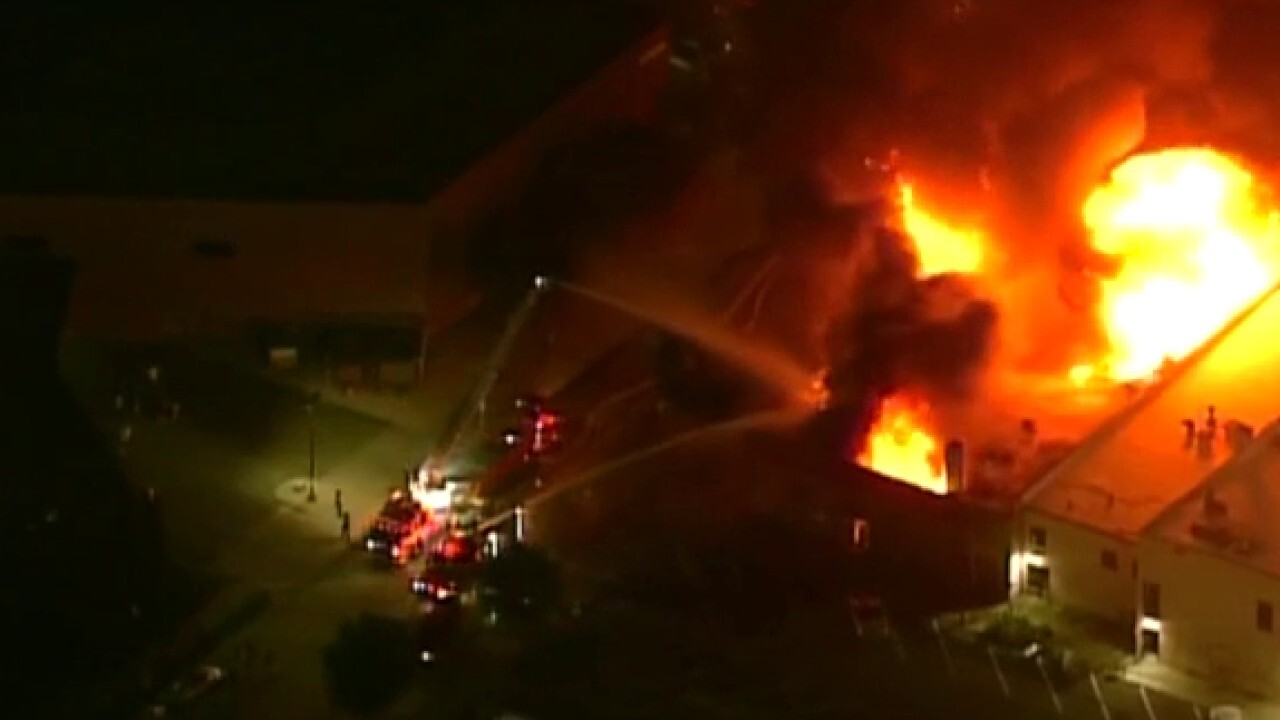 Minneapolis police spokesman John Elder declined to comment to Fox News on the number of disability claims filed by police personnel. City officials did not immediately respond to a Fox News request for comment.

Meuser said he's been approached officers to file for disability claims through the state's Public Employment Retirement Association, or PERA. Around 75 officers have left the force or turned in paperwork with the intention of leaving, Meuser said during a news conference Friday.

Some officers seeking disability are veterans of the department with 16 to 23 experience, he said.

The department currently has 850 officers. The city said it has received 17 PTSD workers' compensation claims in the last month. For PERA duty disability, officers are not obligated to notify the department that an application was submitted.