A 69-year-old woman last seen more than a week ago was found “aware and alert” in dense woods less than a mile from her home Monday in Prince Edward County, Virginia, authorities said. 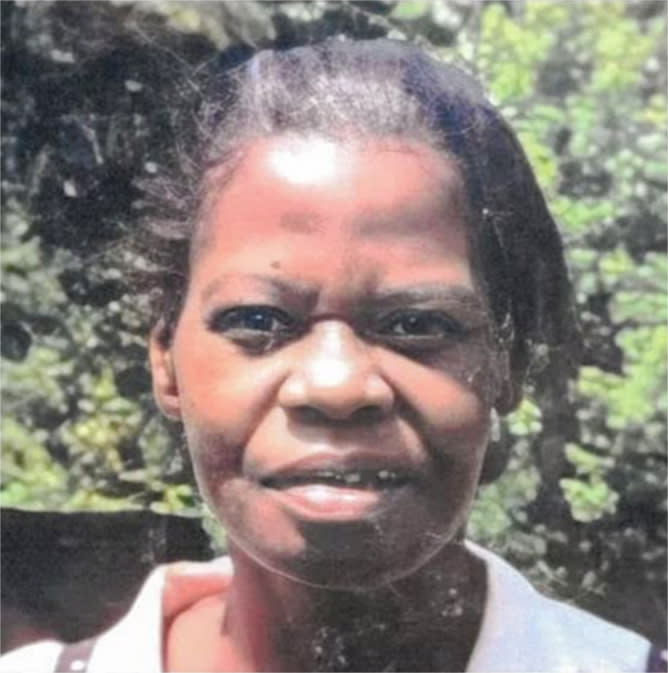 Aletha Gee Walton was taken to a hospital for evaluation, the county sheriff’s office said in a statement. It wasn’t immediately clear whether she was injured or suffered diminished health from possible exposure, and her condition was unknown.

Walton was last seen May 15 at her home in the Simplicity area of Prince Edward County, about 70 miles southwest of Richmond, the sheriff’s office said. She was found Monday before 11 a.m. in “a densely wooded pine forest with a thick underbrush,” the office said in a statement.

The Virginia Department of Wildlife Resources said in a statement Monday that two of its employees, among them a conservation police officer and his canine, Molly, spotted Walton “in a heavily wooded area.”

“Walton was aware and alert as officers provided her water and waited for fire and EMS to help extract her from the scene,” the agency said.

The exact location was unclear. The immediate area includes the “well-developed” woodlands of Prince Edward-Gallion State Forest and Twin Lakes State Park, according to the state Department of Wildlife Resources.

Medical crews from a nearby village checked Walton out, the sheriff’s office said.

“She was immediately assessed by emergency medical personnel from Meherrin Volunteer Fire & Rescue and transported to Centra Southside Community Hospital for further evaluation,” it said.

The hospital did not immediately respond to a request for information about her condition.

Although Walton was last seen May 15, family members didn’t report her missing until two days later, the sheriff’s office said. The search included teams and canines from at least six other law enforcement departments, as well as two state agencies, authorities said.

On Friday, the sheriff’s office said in a statement that Walton probably walked away from her home and that she might still be nearby.

“We remain hopeful, but we really need to find her,” Sheriff L.A. “Tony” Epps said in the release Friday. “There is a growing concern for her well-being due to the length of time she has been missing and the extreme heat this weekend.”

On Monday, he said, “This has been incredibly challenging, but we are thrilled to be able to provide the family the best possible outcome.”

“I have spoken with the family, and they relayed their appreciation to everyone involved in the search for their loved one,” Epps said.