The 2020 Eurovision champion is… ABBA! Waterloo crowned the greatest ever song as TV viewers vote during ‘Come Together’ lockdown special

It’s long been a party favourite and guaranteed floor-filler, but now ABBA’s breakthrough hit Waterloo has been voted the greatest ever Eurovision song.

Television viewers chose it over 18 other entries featured in Eurovision: Come Together, one of a number of special programmes screened last night in place of this year’s cancelled competition, which was due to be held in Rotterdam.

ABBA won the 1974 contest with the song, although the UK jury famously failed to vote for it. 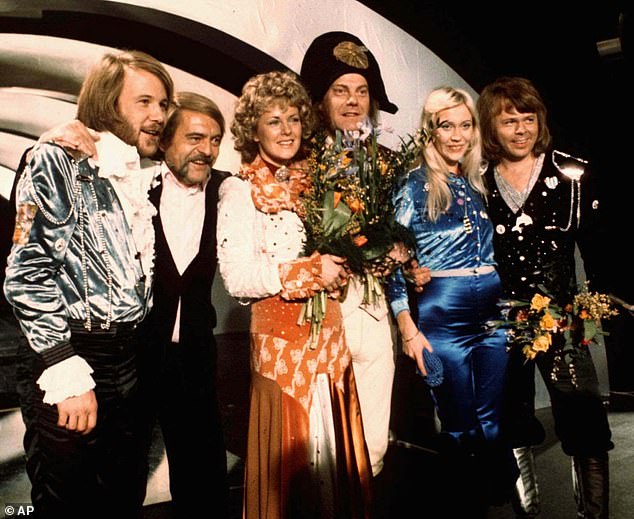 There were four UK entries on the shortlist which spanned the entire 64-year history of the event.

They included the winning songs Making Your Mind Up, which was performed by Bucks Fizz in 1981, and the 1976 entry Save Your Kisses For Me by Brotherhood Of Man.

A second programme called Eurovision: Europe Shine A Light was broadcast from Rotterdam and included pre-recorded excerpts of all 41 entries including the UK song My Last Breath, which was performed by singer-songwriter James Newman.

The 34-year-old, who has recently recovered from Covid-19 symptoms, watched with his wife from their London home.

Later in the evening, all the acts performed a special rendition of the UK’s 1997 Eurovision winning song Love Shine A Light, by Katrina And The Waves.