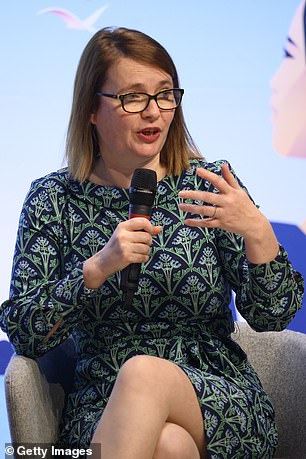 All schools in Wales will reopen on June 29, it was revealed today.

But headteachers will only be allowed to have one in three of all pupils on site at any time with year groups attending on different days of the week to maintain social distancing.

Welsh education minister Kirsty Williams said a four-week term ending on July 27 would give pupils, staff and parents time to prepare for a ‘new normal’ when the next academic year begins in September.

But teachers union NASUWT called the plans open all schools ‘troubling’ and accused the government of ‘risking lives’.

Ms Williams said a phased approach would see staggered starts, lessons, and breaks for different year groups, with a third of pupils at most in school at any time. Under the plans teachers will also be given priority for antibody testing.

‘My announcement today gives schools three-and-a-half weeks to continue preparing for the next phase,’ she said.

‘We will use the last weeks of the summer term to make sure pupils, staff and parents are prepared – mentally, emotionally and practically – for the new normal in September.

‘June 29 means there will have been one full month of test, trace and protect, which will continue to expand. I can also announce that teachers will be a priority group in our new antibody-testing programme. As we continue to keep Wales safe, this approach will be critical. 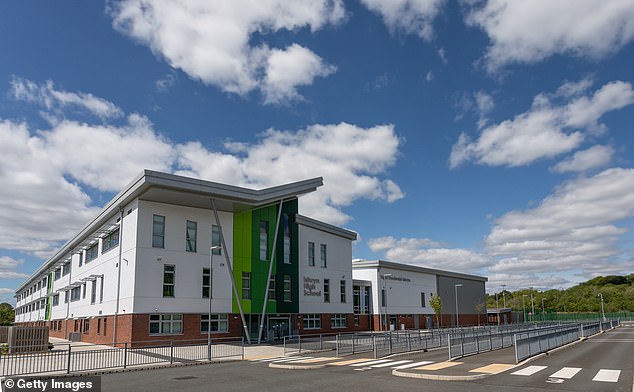 All schools, not just primary schools, will reopen at the end of the month including Islwyn High School in Blackwood

‘The evolving science suggests that warm weather and sunlight gives us the best opportunity to ensure more time in school. Waiting until September would mean almost half a year without schooling. That would be to the detriment to the wellbeing, learning progress and mental health of our young people.’

Ms Williams said the return plan was the ‘best practical option’ and met the five principles she previously said would have to be met before a return could be considered.

Almost half of all England’s primary’s schools failed to reopen on June 1 as the Children’s Commissioner today warned some of the most vulnerable pupils may never return after the coronavirus lockdown.

A survey of schools has also found that just a third of headteachers followed the Prime Minister’s plan and managed to bring back Reception, Year 1 and Year 6 students back to class on Monday.

The survey of 10,000-plus schools was carried out by the National Education Union, which found 44 per cent of schools did not open more widely on June 1.

Kevin Courtney, joint general secretary of the NEU, said: ‘t is clear from our latest survey, marking the start of lockdown easing, that many schools intend to delay wider opening. It was always reckless of Boris Johnson to set an arbitrary date and expect schools to fall in line’.

Children’s Commissioner Anne Longfield said today the most disadvantaged young people faced ‘immense’ damage to their prospects, as they have less support at home and were missing out on crucial contact with teachers.

She also said allowing pupils to return to the classroom was the best way to meet the needs of vulnerable and disadvantaged children.

Ms Williams added: ‘Working together we will secure equity and excellence for pupils as they check in, catch up, and prepare for summer and September.’

Further Education colleges are expected to reopen for face-to-face learning from June 15, with priority for students requiring licence to practise assessments and vulnerable learners.

The Welsh Government says it will publish guidance to support schools and further education next week, including information on managing their facilities, as well as guidance for childcare providers.

But the announcement was met with criticism from several education trade unions.

General secretary Patrick Roach said: ‘It is troubling that the Education Minister for Wales, unlike ministers elsewhere in the UK, is using emergency powers in order to press ahead with plans for the wider reopening of schools.’

He added: ‘Teachers and parents need to be convinced that the plans by the Welsh Government will not put at risk the health of staff, children or the general public.’

Neil Butler, NASUWT national official for Wales, also said giving all pupils the opportunity for contact time at school was ‘the most dangerous option in terms of virus transmission’.

He added: ‘There is clearly no educational purpose behind this decision. These are not good enough reasons for risking lives.’

Responding to the criticism at the Welsh Government’s daily press briefing, Ms Williams said: ‘It is not helpful, I think, at this stage to have inflammatory language.

‘I would do nothing, and I have done nothing from this entire period when we closed schools for statutory purposes, to do anything to risk anybody’s life.

‘I’m surprised that any teaching union would negate the benefits of children being in front of their members.’ 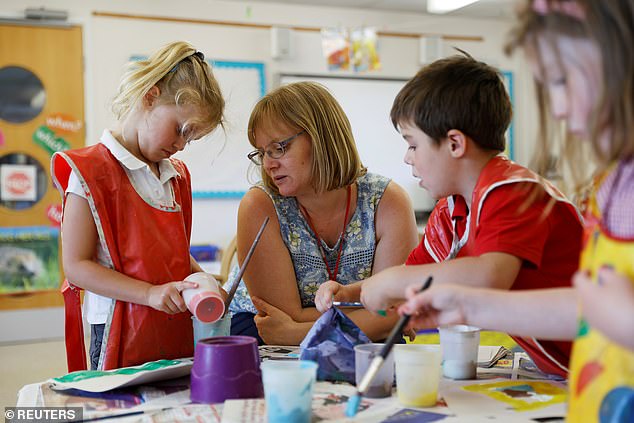 Ms Williams also told the press conference there were no plans to fine parents if they refused to send their children to school, nor would schools be held accountable for the number of pupils who attend.

Asked how often pupils would be allowed to attend school in the next academic year, or how long school opening hours would be, Ms Williams responded: ‘I don’t have a crystal ball, and I simply do not know what the virus will be doing in September.

‘But I have to be clear and honest with parents and professionals, whilst the rules around social distancing remain with us, we cannot return to education as it was prior to the pandemic.’