Amber Heard’s former assistant claims the actress verbally and mentally abused her after drug and alcohol binges and described working for her as a ‘nightmare’ from which she has still not recovered.

Kate James, who worked for Heard between 2012 and 2015 before she quit over the ‘bullying’, said the abuse was so severe that it left her emaciated with stress and ‘permanently mentally scarred’.

By contrast, she said Heard’s then-partner Johnny Depp was ‘calm’ and ‘thoughtful’, offered to entertain her son while she was working, and never used violence. 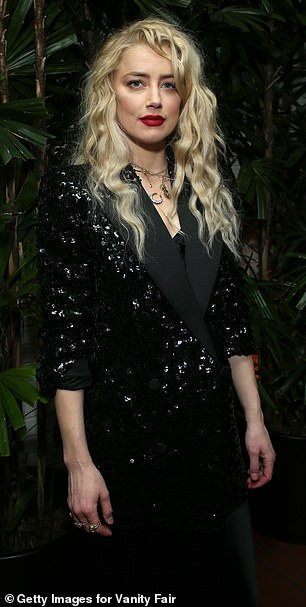 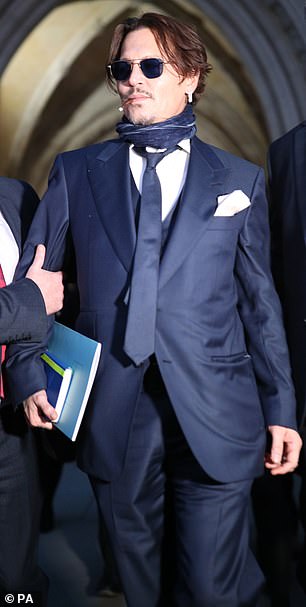 Amber Heard’s former assistant has claimed the actress was routinely abusive to her during wine and MDMA binges, while Depp (right) was ‘calm’ and ‘thoughtful’

James spoke out in a legal declaration seen by The Blast as Heard and Depp prepare to battle it out in a $50million defamation lawsuit in Virginia.

In her declaration, James outlines how she spent large amounts of time with Heard during her employment – sometimes up to seven days a week, often in intimate settings where she saw her nude or semi-nude.

That is significant, she says, because many of Heard’s allegations of physical abuse date to that time period – and she never saw any evidence of it.

Instead, she claims to have seen ample evidence of Heard’s own abusive behavior, which was often directed at her.

‘Amber was regularly verbally and mentally abusive and would often scream at me… over the smallest things,’ she wrote.

‘She would fly into blind rages where no-one could reason with her, and even if I was trying to offer an explanation, I didn’t think that she could hear me as she was so angry.’

James claims the actress would often binge on wine and drugs – specifically magic mushrooms and MDMA – and text her abuse throughout the night.

‘When I woke up in the morning, there would almost always be a barrage of incoherent abuse sent to me from Amber by text between around 2am and 4am.

‘I discovered later that she had gone ahead and deleted all evidence of abusive texts from that ICloud account,’ she claimed.

The abuse was so severe, that James said it left her emaciated from stress and caused concern among her friends and family. 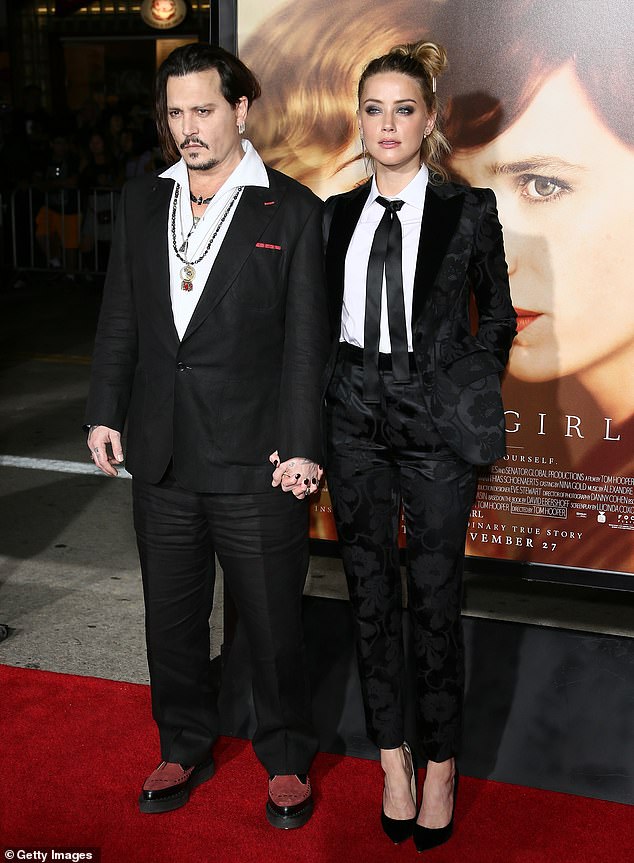 James claims she often spent seven days a week with Heard in intimate settings that included seeing her nude, but never saw any signs of physical abuse she claims to have suffered

After recognizing that she was being abused, James quit in 2015 – the same year Depp and Heard married.

Speaking about her relationship with Depp – which she admits was limited because Heard wouldn’t let people get close to him – she said he always came across as a ‘calm’ and ‘shy’ person.

She added: ‘On more than one occasion where I had to bring my son back to work with me after picking him up from school.

‘Johnny would be there and would hang out with him, teaching him how to play the guitar. He would be patient and kind with him.’

Depp claims that Heard’s allegations that she was a victim of domestic violence were an ‘elaborate hoax’ designed to generate positive publicity and advance her career.

His lawsuit specifically relates to a column Heard penned for the Washington Post in which she talked about being the victim of abuse, without naming Depp.

In his suit, Depp says the article ‘depends on the central premise that Ms. Heard was a domestic abuse victim and that Mr. Depp perpetrated violence against her.

‘Ms. Heard is not a victim of domestic abuse; she is a perpetrator,’ he argues.

Separately, Depp is also suing The Sun newspaper in London also for defamation after he was branded a ‘wife-beater’ in an article.

The actor appeared at the High Court last month for a hearing at which the judge ruled his legal team must disclose audio tapes of conversations he had with Heard during their relationship.

Lawyers for the Pirates Of The Caribbean star told the court last week that the recordings, which have been the subject of recent press reports, include Miss Heard appearing to discuss having been physically violent towards Mr Depp. 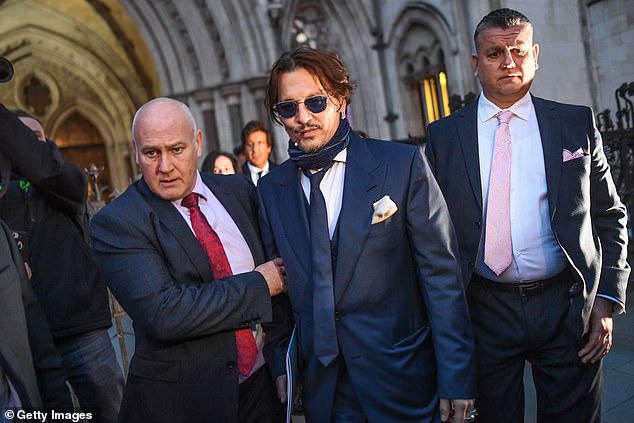 James spoke out as Depp sues Heard for defamation in a $50million lawsuit in Virginia, and sues The Sun newspaper in London (pictured at court last month) also for defamation

David Sherborne, representing Mr Depp, said the evidence ‘demonstrates in her own voice that she was not a victim of domestic abuse, but rather that she was the aggressor’.

He added that, in the recordings, Miss Heard is apparently heard to say that no-one would believe Mr Depp if he claimed to be a victim of domestic violence.

The judge also ordered further disclosure from Mr Depp in relation to documents from the couple’s divorce proceedings, and to provide more detail to show what steps he has taken to obtain his medical records.

However, the judge refused NGN’s application for further disclosure in relation to text messages sent by Mr Depp to his friend, British actor Paul Bettany.

During the hearing on February 26, lawyers for NGN said texts sent by Mr Depp during his relationship with Miss Heard are ‘very damaging’ to his case.

He also wrote: ‘Let’s drown her before we burn her!!! I will f*** her burnt corpse afterwards to make sure she is dead.’