AMERICAN Airlines has slashed 55,000 flights and Delta has grounded half of its fleet as the coronavirus pandemic sparked a meltdown.

Robert Isom, the president of American Airlines, announced Thursday that the company will cut domestic routes by 30 percent and international routes by 75 percent.

More cuts are expected in May.

"Now is the time to come together and rally against a common enemy.

"The spread of COVID-19 stops with all of us following CDC guidelines, practicing social distancing and educating ourselves with facts."

Not only were 55,000 flights cut for April, but American Airlines had to take out a $1billion loan as airline stocks drop nosedived and coronavirus cases continue to rise across the country.

The company has also decided to ground 450 planes.

As for Delta Airlines, approximately about 600 aircraft have been grounded,

Delta's CEO Ed Bastian said the airline is planning to cut its passenger-carrying capacity by 70 percent.

International routes will be cut by 80 percent.

Ten thousand Delta employees have agreed to take unpaid leave, but will still maintain their flight and health benefits.

Bastian told employees: "Make no mistake – we will get through this.

"This is a temporary health crisis and an end will, hopefully soon, be in sight.

"Never underestimate the power of travel as an essential service to our world." 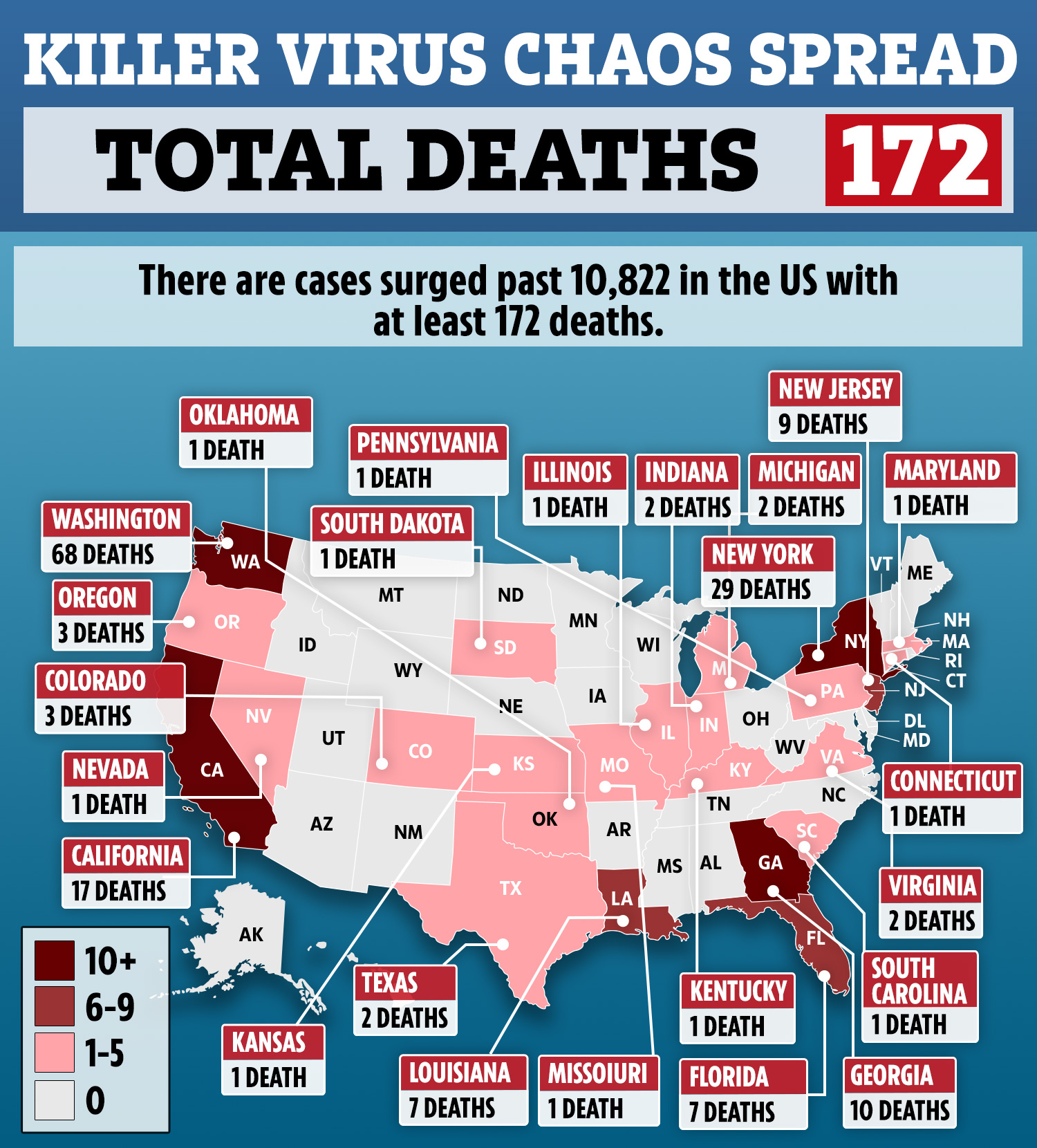 The airlines' decisions come as nations around the world seal their borders and ban travel to stop the spread of the novel coronavirus.

Last week, Gary Kelly, the CEO of Southwest Airlines, told employees: "It's really uncertain how long the recovery from this will be."

The number of confirmed US cases surpassed 10,000.

At least 172 people have died from the novel coronavirus across America.