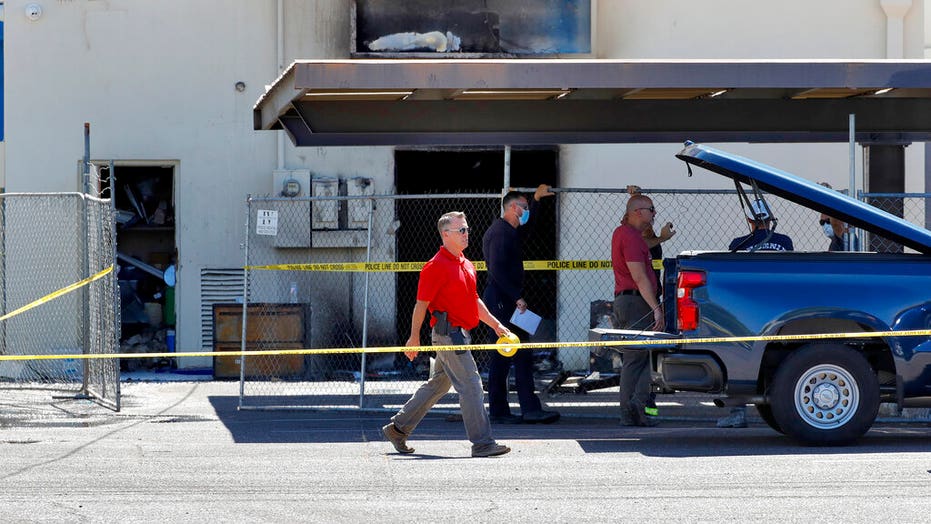 The headquarters of the Arizona Democratic Party burned down overnight Thursday in an apparent arson attack, according to Phoenix police.

Investigators were gathering surveillance video from nearby buildings after combing the wreckage and concluding the fire was human-caused, authorities said. Nobody was hurt.

“We are relieved that no one was injured,” Arizona Democratic Party Chair Felecia Rotellini said in a statement. “The fire is devastating, but we refuse to let this be a distraction. We feel more empowered than ever to turn Arizona blue.”

Videos taken inside the burned-out building and posted to social media show a scorched trail of devastation, with walls and ceilings collapsed, rubble strewn across the floors and the sky visible through the roof.

Less damage is visible in photos taken outside the building Friday — but they show investigators at the scene and charred doorways and windows. 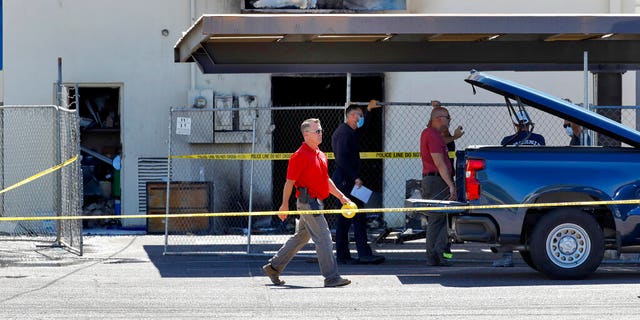 The building was also home to the Maricopa County Democratic Party headquarters, and that section of the building bore the brunt of the damage.

In an appeal for donations to help rebuild the offices, the Maricopa Dems lamented that, “Unfortunately, we will not be able to replace the historic election memorabilia or years' worth of candidate and organizational documents that were destroyed.”

“We are working through it. It's very early on,” Fortune told reporters. “We do have some good video, we do have some information.”

Republican Party of Arizona Chairwoman Kelli Ward issued a statement in response to the fire condemning violence and commending the Phoenix Police and Fire departments “in ascertaining the cause of this act of cowardice.”

She said political violence against any party, group or individual should be prosecuted to the full extent of the law.

“Arizona Republicans look forward to meeting the Democrats on Election Day as opponents on the field of ideas,” she said. “Arizona’s political leaders should take this opportunity to remind Arizonans of all backgrounds that while we may have differences on political issues and policy, ultimately we are all Americans and must treat each other as such.”

At the end of May, about 230 miles northwest in Bullhead City, an object came crashing through a window at the Republican headquarters there, the Arizona Republic reported at the time. The only witness in the building, an Army veteran, said that the damage came from a gunshot, but police did not confirm that.