Washington: The economic downturn triggered by the coronavirus pandemic could be as bad as the Great Depression of the 1930s, one of Australia's most influential economists has warned, as vast sectors of the US economy went into shutdown to limit the pandemic. 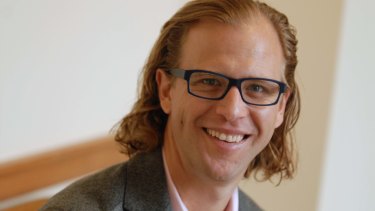 Major American cities such as New York, Los Angeles and Washington have essentially gone into lockdown by ordering schools, bars, gyms restaurants and cinemas to close their doors.

Justin Wolfers, an Australian-born professor of public policy and economics at the University of Michigan, said governments around the world needed to take dramatic actions to contain the virus and mitigate its economic effects.

"There are reasons to think this could be as bad as the Great Depression if we don't get the response right," Wolfers, a member of the US Congressional Budget Office's panel of economic advisers, told The Sydney Morning Herald and The Age. 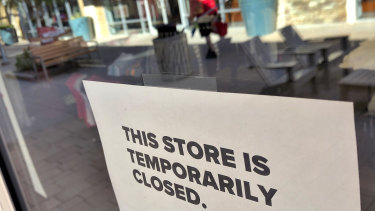 A closed sign hangs in the door of a Converse shoe store on Monday.Credit:AP

"The US economy is already in a recession – there is almost no doubt about that in my mind.

The Great Depression, which lasted from 1929 until the beginning of World War II, saw the unemployment rate hit 25 per cent in countries such as the US.

Wolfers said the US government should deliver cash payments to unemployed and under-employed workers as well as loans to small businesses to help keep them afloat until the outbreak is under control. 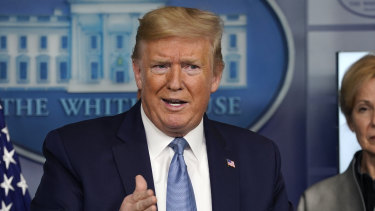 He said tax cuts – including the payroll tax cuts favoured by US President Donald Trump – would take effect too slowly to deliver the economic stimulus required.

Trump on Monday, US time, said the US economy may go into recession, and that the coronavirus crisis may stretch into August.

Asked if he stood by his previous claim that the US had the outbreak under control, he said: "No, that's not under control for any place in the world."

Trump released new guidelines advising against any gatherings of more than 10 people and urging Americans to cancel any discretionary travel.

But he declined to accept responsibility for problems with the US response to the outbreak, including the slow rollout of testing kits and recent chaos at major American airports.

Wolfers said that while the Australian government had acted quickly on an economic stimulus package, it was now lagging behind other countries' social distancing efforts.

"People back home need to wake the f— up and get ahead of this," he said.

"The belief in Australian exceptionalism is absurd and is not being born out by the experience of any other country."

Normally thriving areas in downtown New York and Washington now resemble ghost towns, with most businesses except grocery stores displaying signs saying they will be closed for several weeks.

The New York State Department of Labour said in a statement that it was seeing a spike in calls regarding unemployment claims "that is comparable to post 9/11".

More than a dozen of the major casinos and resorts on the Las Vegas Strip have announced they would be closed until further notice to prevent mass gatherings.

Republican Senator and former presidential candidate Mitt Romney called on the US Congress to pass legislation to "immediately" send $US1000 cheques to every American adult to help them cover expenses during the outbreak.

Other prominent Republicans, including Arkansas Senator Tom Cotton, have called for a major coronavirus relief bill that includes providing payments to workers and low-interest loans for businesses.