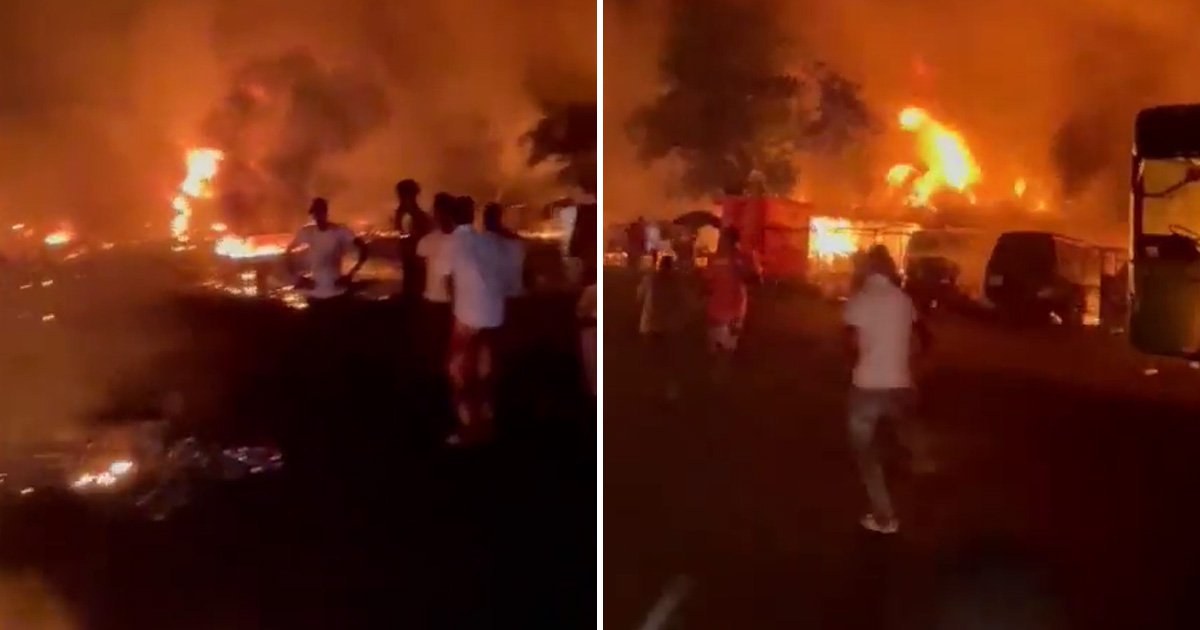 At least 91 were killed when an oil tanker exploded at a busy junction in Sierra Leone.

The fuel carrier was involved in a collision in Freetown, the capital city, last night.

It ignited shortly after, triggering a blast which killed anyone in the immediate vicinity and started a fire which spread to neighbouring buildings.

The full death toll is not yet known but the central state morgue has reported receiving dozens of bodies so far.

Victims included people who had flocked to collect fuel leaking from the ruptured vehicle, Yvonne Aki-Sawyerr, mayor of the port city, said in a post on Facebook.

President Julius Maada Bio tweeted: ‘My profound sympathies with families who have lost loved ones and those who have been maimed as a result.

‘My Government will do everything to support affected families.’

For more stories like this, check our news page.