From Star Wars masks to medieval armour: Aussies try to lighten the mood as they go shopping and catch trains in ridiculous outfits amid coronavirus panic

Australians have shown they can stay positive amid the coronavirus panic by running their errands in some outrageous costumes.

Commuters, shoppers and travellers have all been spotted dressing in ridiculous costumes as part of the effort to stop the spread of coronavirus.

Some inventive Aussies were spotted in unique costumes while they conducted their food shopping.

Two people suited up in full medieval armour as they stocked up on groceries at a Coles.

Another man was spotted wearing a retro gas mask that covered his whole head while he did his shopping in Perth. 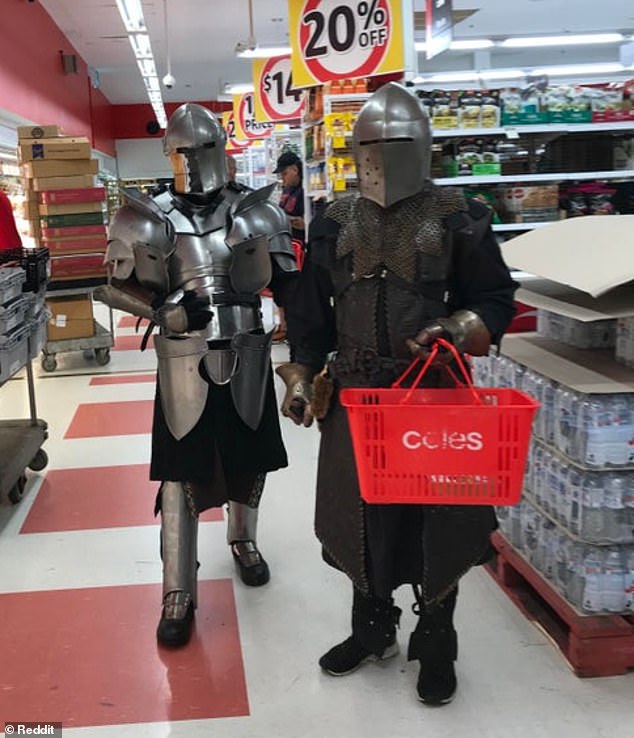 Australians have been spotted wearing ridiculous costumes as they run their errands amid the coronavirus panic. Pictured: Two people dressed as medieval knights in Coles 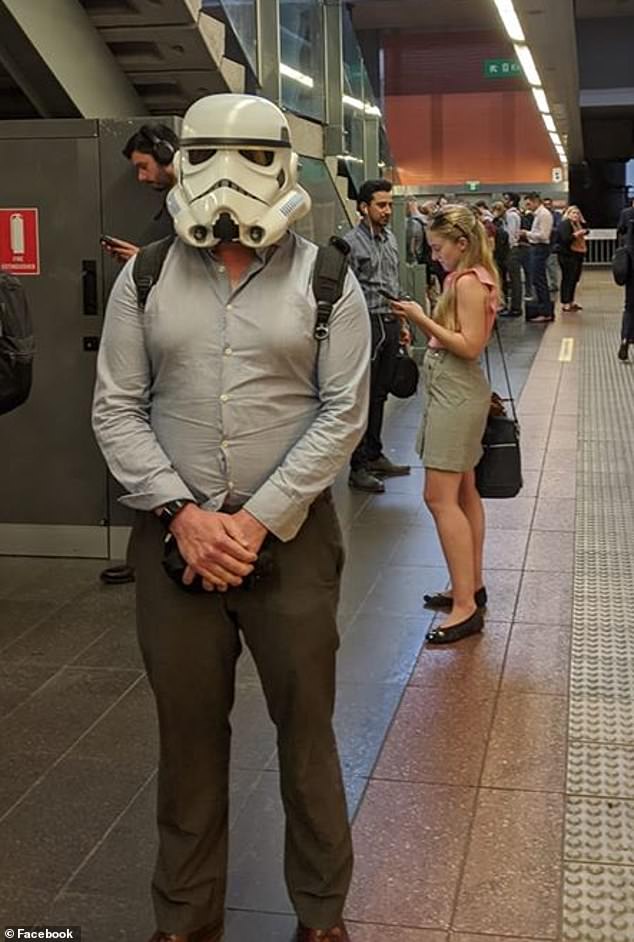 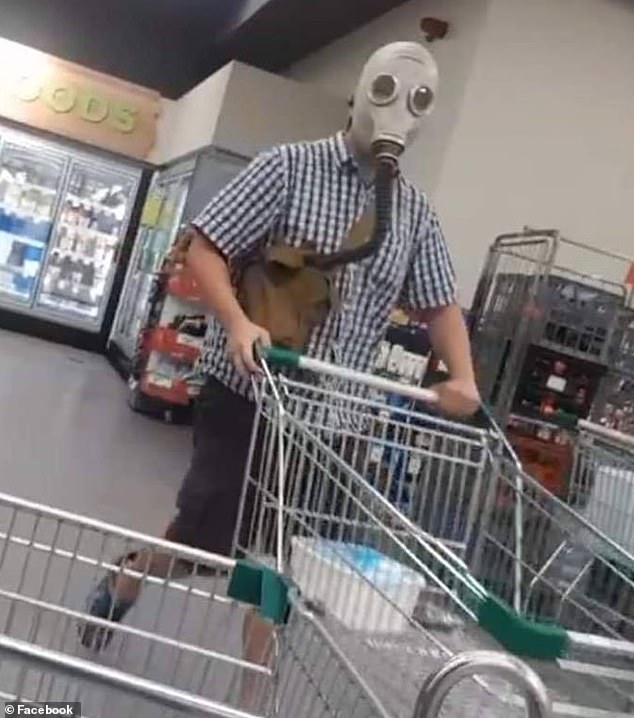 Other shoppers have gone to great lengths to protect themselves from coronavirus, with some donning bizarre makeshift hazmat suits and even putting plastic bags over their heads.

A man was photographed in Chemist Warehouse in Randwick, inner Sydney, on Tuesday wearing a white plastic suit, safety glasses, a face mask and dish gloves.

Australians who were catching various modes of transport also chose to dress up for the occasion. 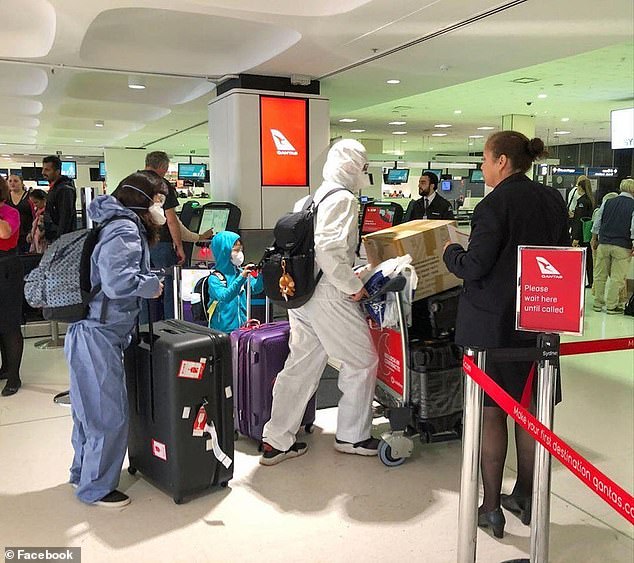 A family were spotted fully kitted out in hazmat suits, goggles and masks at an airport 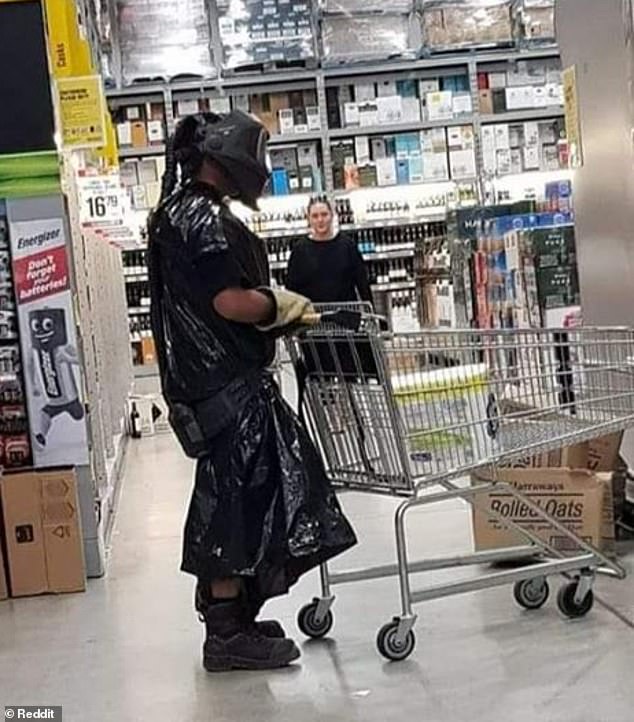 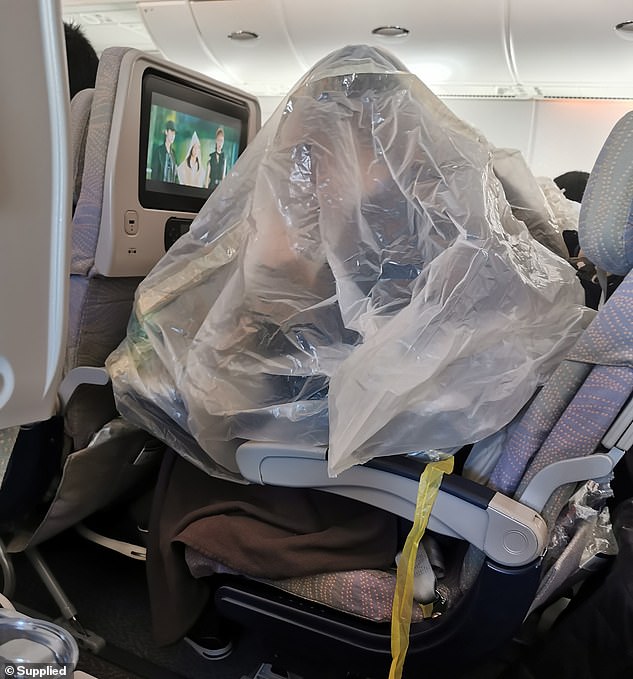 One man was spotted wearing a storm trooper helmet amongst commuters at Elizabeth Quay in Perth.

A whole family were seen fully kitted out in hazmat suits as they made their way through an airport. Both the parents and their child donned face masks and goggles alongside the protective suits.

Earlier this month a Gold Coast man photographed a fellow passenger wearing in a large plastic bag on a flight home from Italy.

The urge to dress up even managed to cross the Tasman Sea with New Zealanders also running their errands in crazy costumes.

One man from Whangarei was spotted walking through a supermarket in a black garbage bag and a big helmet with a braid coming out the back. 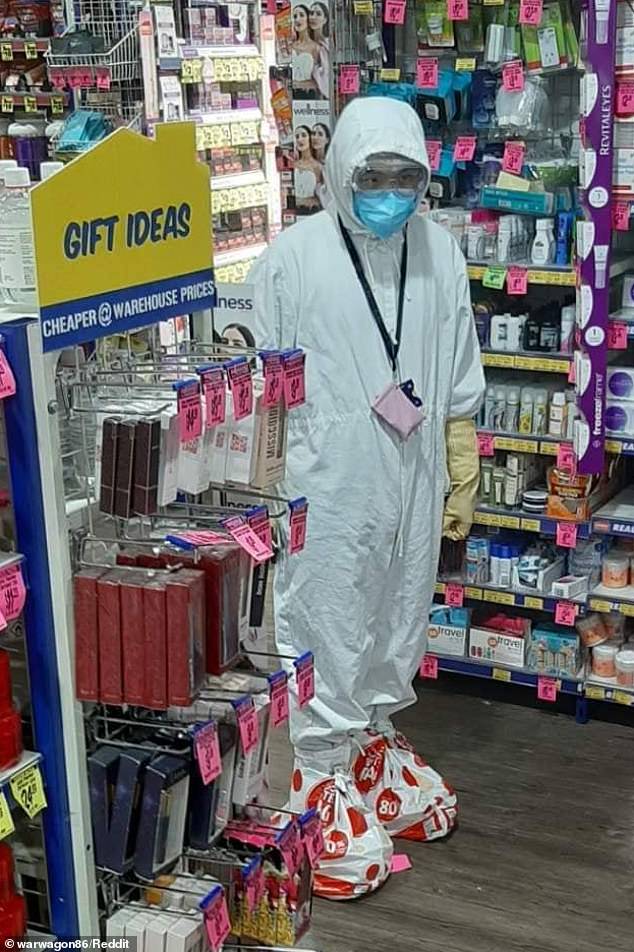 A man was photographed in Randwick, inner Sydney, on Tuesday wearing a white plastic suit, safety glasses, a face mask and dish gloves