Methane is the second-largest contributor to global warming after carbon dioxide. But new and better techniques to spot major emitters of the odourless, colourless gas have pushed curbing it up climate to-do lists.

Scientists view reducing methane emissions from the fossil fuel industry as the cheapest and easiest way to hold down global temperatures in the near term.

That could counterbalance the initial warming effect from declining use of dirty fuels – which also pump out fine particles that reflect sunlight – while buying time for reducing carbon emissions. More than 100 nations have signed a joint US-European Union pledge to collectively reduce global methane emissions 30 per cent below 2020 levels by 2030.

But Australia has joined China, Russia, India and Iran – some of the world’s biggest methane emitters — in snubbing one of the main global agreements to come out of the climate change conference. 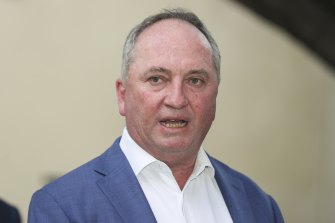 Deputy Prime Minister Barnaby Joyce: go and grab a rifle, go out and start shooting your cattle because it’s just not possible.Credit:Alex Ellinghausen

Last week, deputy prime minister Barnaby Joyce criticised the proposed methane pact: “The only way you can get your 30 per cent by 2030 reduction in methane on 2020 levels would be to go and grab a rifle, go out and start shooting your cattle because it’s just not possible.”

It’s an invisible, odourless gas that, like carbon dioxide, traps solar energy as it’s radiated back toward space from the Earth’s surface. Unlike carbon dioxide, which can contribute to heating for centuries or longer, the impact of methane, whose chemical name is CH4, is felt primarily in the first 20 years after its release. During this period its potency can be more than 80 times that of CO2. 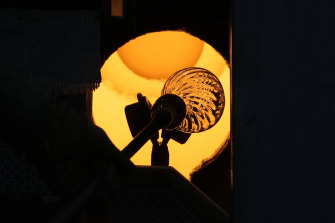 Where do methane emissions come from?

Human activity accounts for about 60 per cent of global methane emissions annually, with about 35 per cent of that attributable to the fossil fuel industry. Methane is the primary component of gas, and leaks can happen anywhere along the gas supply chain, from the wellhead to the homes and businesses where the fuel is burned. But the gas can also be released during oil and coal production. 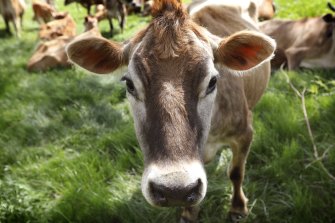 Landfills, burping cows, rice paddies and manure are also major sources that humans are responsible for. (Cows aren’t human-made, but the scale of their herds is.) Naturally occurring methane seeps from fissures in the Earth’s surface, mud volcanoes and wetlands.

Why the focus on fossil fuels?

Leaks from energy infrastructure are the easiest and cheapest sources of methane to identify and fix. There’s also an economic incentive: Producers can make up for the cost of repairs by selling the extra gas they capture. There are also efforts to create a gas standard that would certify emissions associated with production and transport.

As much as 80 per cent of measures to curb methane from oil and gas operations, and up to 98 per cent from the coal sector, can be introduced at no cost or at a savings, according to the United Nations’ 2021 global methane assessment.

Officials also hope to cut down on the venting (releasing) of gas that often happens when there’s no available pipeline capacity or when producers are only interested in capturing the oil from a well. Some of that gas is flared (burned) to convert the methane into carbon dioxide, but environmentalists and some investors have pushed for limits on flaring because not all the methane is combusted in the process. Instead, excess gas could be re-injected into the ground. 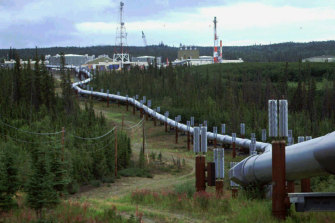 How are leaks found?

For decades, producers and regulators relied on crude techniques like throwing a tarp over a pipe to see if it bubbled or sending workers out to inspect equipment. Leak detection is entering the digital age, with satellites used to spot the biggest sources of methane while drones, aircraft and ground-based monitors find smaller points of emission.

What are governments doing?

Speaking at the COP26 climate change summit in Glasgow, President Joe Biden announced a multi-pronged effort by the US government. For instance, the Environmental Protection Agency released a long-awaited proposal stiffening requirements to plug leaks in oil and gas wells. The Agriculture Department is announcing a program encouraging farmers to harness and sell methane. Pipeline regulators will expand their oversight of gas lines.

What are others doing?

The multinational effort led by the US and EU involves pledges that aren’t binding on the nations that sign it: they are under no obligation to cut their own methane emissions by a set amount, just to “commit to a collective goal of reducing global methane emissions by at least 30 per cent from 2020 levels by 2030″ and to pursue the best available approaches to quantify the problem.

That approach lowered the bar for 105 nations — including cattle-rich Brazil — to sign on. Elsewhere, China’s latest Five-Year Plan was the first to mention tightening control over methane. The International Methane Emissions Observatory, a collaboration of the UN and the EU, plans to create a public database of verified methane emissions to better understand patterns of emissions, in part by using observations from space. More satellites including from the Environmental Defence Fund and a consortium including Carbon Mapper, the State of California and Planet Labs are scheduled to launch over the next few years.

What impact can this have?

Reducing methane emissions might be as close as we come to a near-term climate jailbreak, even if it’s not quite a “Get Out of Jail Free” card.

Strong, rapid and sustained reductions in methane emissions could also help counterbalance the warming effect that would take place if the world seriously reduces fossil fuel use and the resulting air pollution, at least in the short term, according to the latest assessment from the UN’s Intergovernmental Panel on Climate Change.

That’s because burning fossil fuels also releases fine particles known as aerosols that reflect solar radiation away from the planet, causing a cooling effect. Methane emissions generated from human activity could be cut by 45 per cent by 2030 with readily available technology, a step that could avoid nearly 0.3 degrees Celsius of warming by the 2040s, according to the UN global methane assessment.

What are the hurdles?

Methane emissions from livestock and agriculture pose more challenging problems that require changes in how farmers raise crops and feed livestock — not to mention behavioural adjustments by consumers fond of their hamburgers. Mass adoption of plant-based alternatives and lab-grown meat could help.

In the oil and gas sector, laws and enforcement policies to curb methane emissions vary widely across large producers like the U.S., Russia and Saudi Arabia, and the rebound in oil prices in 2021 could revive drilling by the producers who are most willing to skimp on equipment, even if it pays for itself in the long run.

Get daily updates on the climate summit that will shape our future. Sign up to our COP26 newsletter here.