A baby girl is being treated for serious injuries after a driver veered off the road and allegedly struck her as she was out walking with her mother.

The collision took place at a junction in a residential street in Walsall, West Midlands, just after 3.25pm yesterday.

It is understood the car careered in the direction of the mother and her two children, one of whom is the injured girl.

A silver Nissan Micra with a learners L plate was later pictured implanted into a house fence, having smashed its way through a brick wall. Although the car had L plates, it has not yet been confirmed whether the driver was a learner.

Emergency services attended the scene and treated the victim, who was taken by land ambulance to Birmingham Children’s Hospital with potentially life-changing injuries. 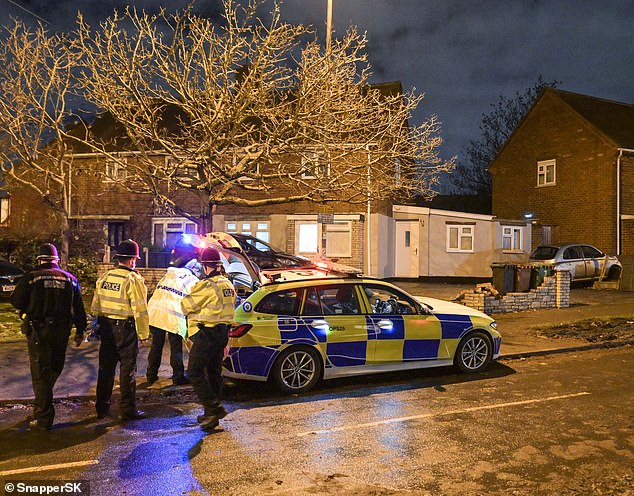 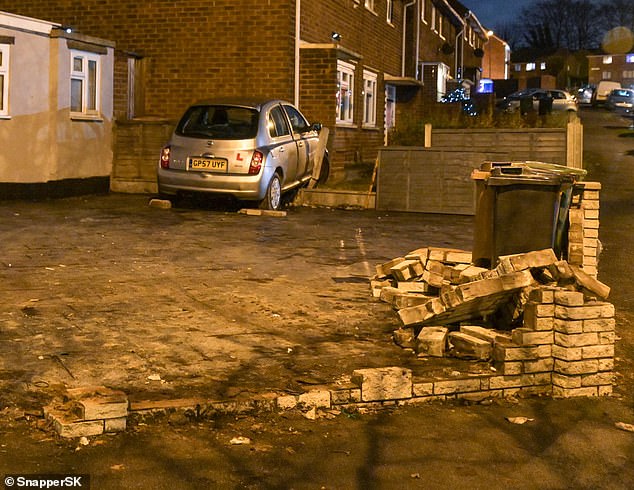 Police have cordoned off the junction between the two streets as they investigate the circumstances of the collision.

A spokeswoman from West Midlands Ambulance Service said: ‘We were called at 3.26pm to reports of a road traffic collision involving a car and a pedestrian at the junction of Primley Avenue and Ripon Road.

‘Two ambulances, a paramedic officer, the Midlands Air Ambulance from Cosford and the West Midlands Care Team attended the scene.

‘On arrival, we found one patient, a child who was the pedestrian, she was assessed by ambulance staff on scene and had sustained potentially serious injuries. 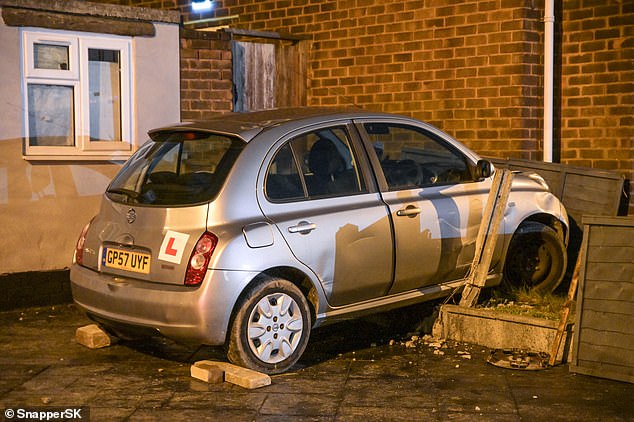 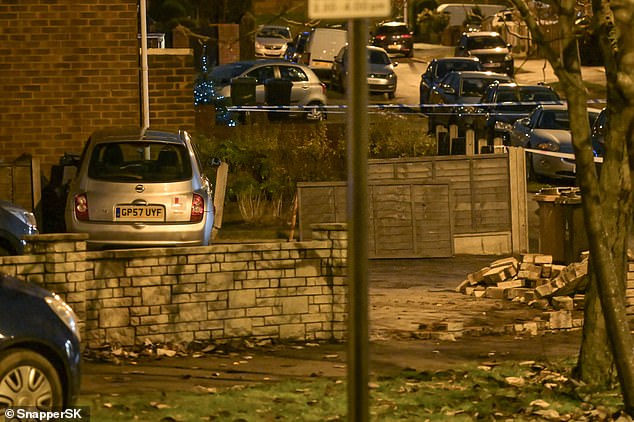 The car at the scene had apparently smashed its way through a garden wall, with rubble and a broken fence nearby

‘She received treatment on scene and was conveyed to Birmingham Childrens Hospital via land ambulance for further treatment.’

A resident near the scene told Black Country Live: ‘It’s the first time I’ve seen something like this happen within the last five years, when I saw all the police I was scared.

‘As a parent it’s scary to see something like this on your doorstep, your thoughts are always with the children first.’