British backpacker, 23, who sparked massive six-day police hunt when she disappeared in Fiji is FOUND staying at a mountain eco retreat

A British backpacker who sparked a six-day police hunt after vanishing in Fiji has been safe and well – on an eco retreat in the mountains.

Lydia O’Sullivan, from Whitehaven, Cumbria, has been travelling for the past two years and had been living and working in Auckland, New Zealand.

She had not been seen or heard from for eight days but her sister Franciene Nicholson announced in a Facebook post that she had been found.

She wrote: ‘We are absolutely elated that Lydia O’Sullivan has been found safe and well on an Eco retreat in the Fijian mountains.’ 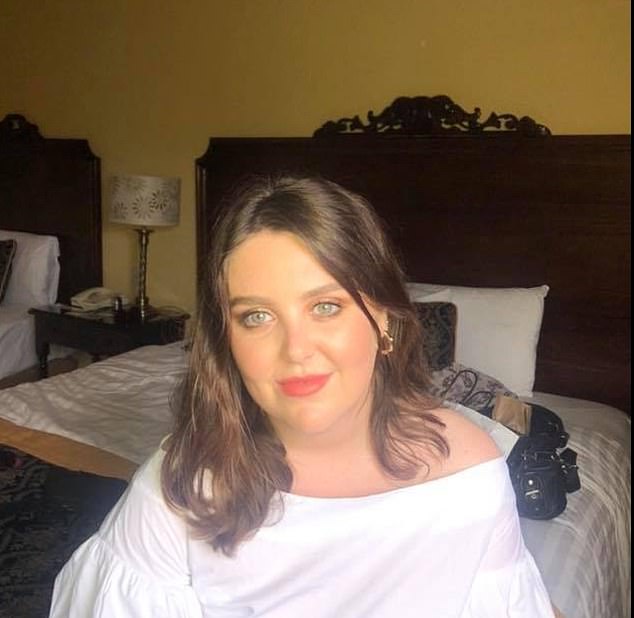 British backpacker Lydia O’Sullivan, who sparked a six-day police hunt after vanishing in Fiji,has been safe and well – on an eco retreat in the mountains 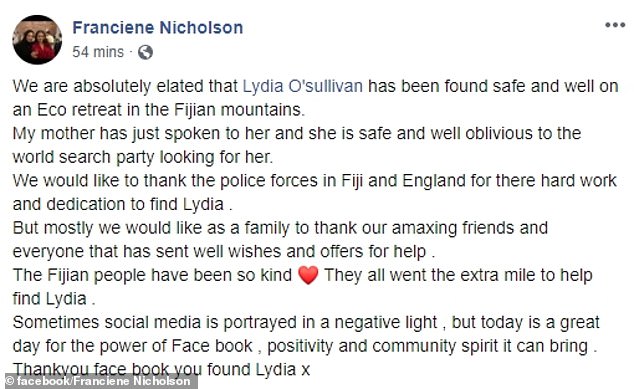 ‘My mother has just spoken to her and she is safe and well oblivious to the world search party looking for her.’

She went on to thank police in Fiji and England for their ‘dedication’ in trying to find Ms O’Sullivan.

Her sister added: ‘The Fijian people have been so kind. They all went the extra mile to help find Lydia.’

Fears were raised for Ms O’Sullivan after she failed to message her family for eight days, even though she had previously done so daily.

It was believed she recently travelled from Auckland to Fiji for time off work. 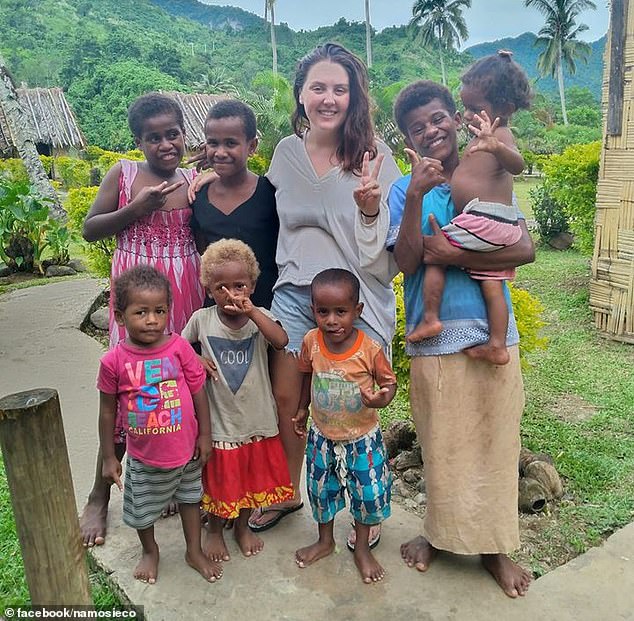 In a Facebook post, Ms Nicholson urged people to help track Lydia down: ‘She has travelled to FIJI for some time off on Feb 26th [sic].

‘She messaged to say she had landed safely but has not been heard of since.’

She added that Lydia, who worked as an English teacher in a number of countries, usually contacts her mother daily.

Cumbria Constabulary liaised with Lydia’s family and agencies including the police in Fiji to help find her. 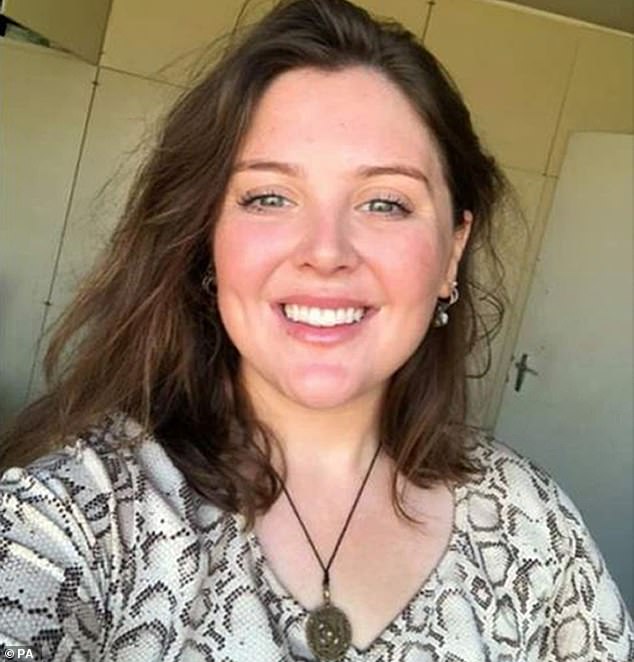 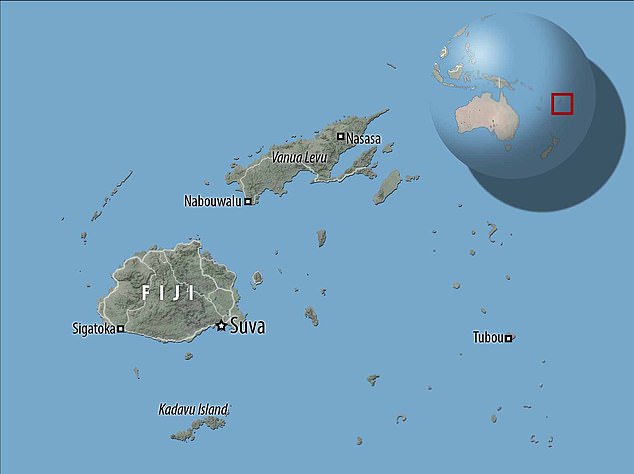