Belgium’s government has told its citizens not to travel to Leicester as it has been put into a ‘red zone’ of risky destinations.

Leicester is the only area in the UK that is in the ‘red zone’ with regions in Portugal and Spain after the east midlands city was put back into a stricter lockdown.

Advice from the Belgian foreign affairs department states that ‘travel is not allowed’ and ‘quarantine is mandatory upon your return’. 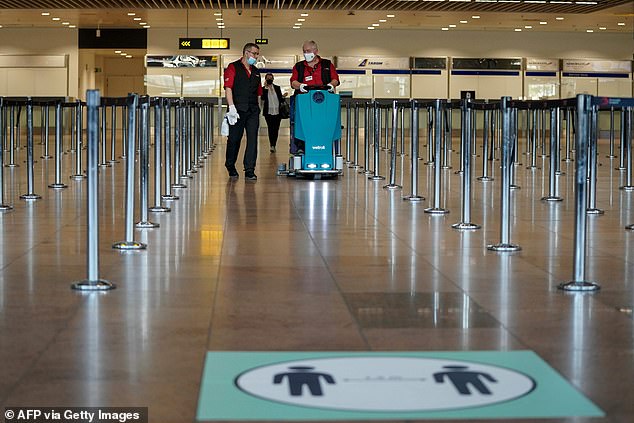 Belgium will require anyone who has been to Leicester to self-isolate for 14 days upon return. Pictured: Brussels Airport reopening for travel on June 15 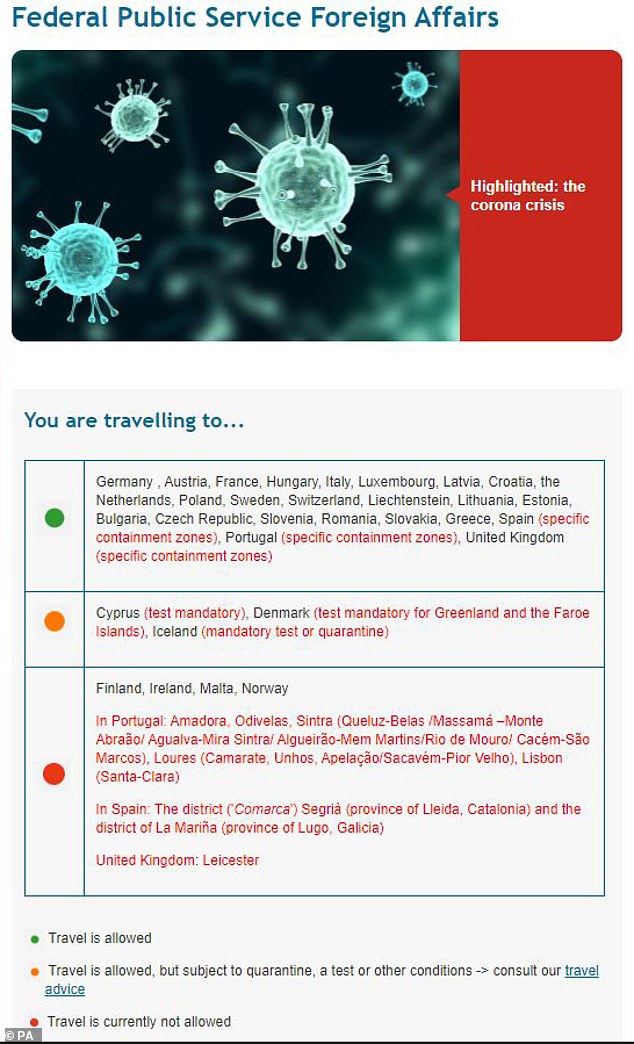 Leicester is the only city in the UK that is in Belgium;s ‘red zone’ along with other regions in Portugal and Spain

For travellers who have been to Leicester this means they will have to self-isolate for 14 days in Belgium.

Brussels Airport will put signs up reminding travellers who have not been able to avoid the city of this requirement.

The Belgian government regularly updates its website and the site notes that the regulations are based on ‘currently available information’.

The government’s ‘green zone’, that lists where people are allowed to travel, includes other areas of the EU, the Schengen zone and the rest of the United Kingdom.

Leicester was the first city in England to have tighter restrictions reimposed on June 30, after it had an infection rate of 141 Covid-19 cases per 100,000 people.

The city’s infections rate has continued to fall but the lockdown will continue until at least July 18 when it is due to be re-evaluated.

The Department of Health and Social Care told the BBC it had prioritised giving detailed, broken down data to  public health bodies but was now sharing the data with councils.

Speaking on Tuesday in the House of Commons Matt Hancock said:  ‘We took, last week, difficult but vital decisions about Leicester.

‘Since then we’ve been working with Leicester and Leicestershire and I’m pleased to say that, together, we have brought down the seven-day infection rate from 135 to 117 cases per 100,0000 people.

‘What we said when we took the measures just over a week ago is that we needed to see 14 days of data, so we propose to make announcements on the next steps on the 18th of July.

‘Of course, if further measures are needed in the meantime to tighten up then we will take them immediately, but… the good news is that the data are currently moving in the right direction.’